Rick Santorum, a former U.S. senator seeking the Republican Party's presidential nomination, has been saying some very strange things about the Netherlands. Ten per cent of all deaths in that country are from euthanasia, he recently claimed, half of them forced on helpless patients. Old people are so frightened of being killed by homicidal doctors that they wear bracelets that read: "Do not euthanize me."

In a way, Mr. Santorum's canards must come as a relief to a country that has increasingly been in the news for outrageous statements by right-wing populists about Muslims and Greeks. Indeed, Mr. Santorum's view of the Netherlands as a kind of progressive dystopia has a slightly old-fashioned ring to it.

The Dutch were disturbed nonetheless; some parliamentarians even asked whether the foreign minister should lodge a complaint in Washington. In the United States, Mr. Santorum's fantasies were swiftly refuted. The Washington Post concluded there was "not a shred of evidence" to back up Mr. Santorum's claims, and found it "telling" that his campaign managers didn't even bother to defend them. One U.S. television station even apologized to a Dutch reporter in the name of the American people.

As the Post pointed out, there is no such thing as involuntary euthanasia in the Netherlands. The patient's consent is essential, and at least two doctors must agree that the patient's suffering is unbearable and beyond cure. Besides, the share of assisted deaths in Dutch mortality is nowhere near 10 per cent. As for those bracelets, well …

But does this matter to Mr. Santorum's followers? Probably not. Corrections from the "elitist" mainstream media are dismissed as enemy propaganda. As a blogger sympathetic to Mr. Santorum put it: "The Washington Post, as one would expect, attempted to discredit Santorum."

It's disturbing, to say the least, that the most cogent refutations of bald-faced lies no longer make any impression. After all, a democracy can't function without a public that's properly informed. And informing the public used to be the role of serious newspapers and TV networks.

Of course, not everything in the mainstream media is always true. News organizations have political biases, sometimes reflecting the interests of their owners. But high-quality journalism has relied on its reputation for probity. Editors and reporters at least tried to get the facts right. Filtering nonsense was one of their duties – and their selling point.

That has changed. Populist demagogues in politics and the mass media are doing everything they can to discredit the quality press as propaganda organs for left-wing elites who sneer at the views of ordinary Americans. Mr. Santorum pretends to speak for these people – that is, for a minority of Americans who are mostly white, provincial, highly religious, deeply conservative on cultural and social issues, and convinced that Barack Obama and all Europeans are dangerous godless socialists.

The point is not whether Mr. Santorum is right or wrong factually. What he says "feels" right to his followers, because it conforms to their prejudices. And the Internet feeds and reinforces those prejudices, making it more difficult to distinguish the truth from lies.

The public is increasingly segmented into groups of like-minded people who see their views echoed back to them in blogs, comments and tweets. There's no need to be exposed to different opinions, which are, in any case, considered to be propaganda. Indeed, Mr. Santorum's new fame will afford him a rich career as a media demagogue, even if he fails as a politician.

The first people to argue that all truth is relative, and that all information is a form of propaganda that reflects society's power relations, were far removed from the world inhabited by Mr. Santorum and his supporters. Several decades ago, a number of European and U.S. intellectuals, often with a background in Marxism, developed a "postmodern" critique of the written word. We might think, they argued, that what we read in The New York Times or Le Monde is objectively true, but everything that appears there is, in fact, a disguised form of propaganda for bourgeois class interests.

There's no such thing, the postmodern critic believes, as independence of thought. Objective truth is an illusion. Everyone is promoting class interests of one kind or another. The real lie, in this view, is the claim of objectivity. What's necessary to change the world is not the truth but another form of propaganda, promoting different interests. Everything is political. That's the only truth that counts.

It's unlikely Mr. Santorum has read any postmodern theorists. After all, he recently called Mr. Obama a "snob" for claiming that all Americans should be entitled to a college education. So he must surely loathe writers who represent everything that the Tea Party and other radical right-wingers abhor: the highly educated, intellectual, urban, secular and not always white. These writers are the left-wing elite, at least in academia.

But ideas have a way of migrating in unexpected ways. The blogger who dismissed The Washington Post's corrections of Mr. Santorum's fictional portrayal of the Netherlands expressed himself like a perfect postmodernist. The most faithful followers of obscure leftist thinkers in Paris, New York or Berkeley are the most reactionary elements in the American heartland. Of course, if this were pointed out to them, they would no doubt dismiss it as elitist propaganda.

Ian Buruma is the author of Taming the Gods: Religion and Democracy on Three Continents. 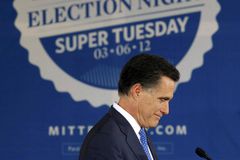 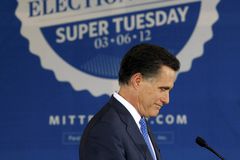 Opinion
Editorial cartoons from March, 2012
Gallery
February 29, 2012
Follow us on Twitter @globeandmail Opens in a new window
Report an error
Due to technical reasons, we have temporarily removed commenting from our articles. We hope to have this fixed soon. Thank you for your patience. If you are looking to give feedback on our new site, please send it along to feedback@globeandmail.com. If you want to write a letter to the editor, please forward to letters@globeandmail.com.
Comments