U.S. President Barack Obama has apparently thrown in the towel in his efforts to foster a peace agreement between Israel and a Palestinian state.

In a remarkably candid interview this week with Israel's popular Channel 2 television, Mr. Obama said: "I don't see the likelihood of even a framework agreement" being possible in the 19 months remaining in his presidency.

Furthermore, the President made it clear that the United States might not even be in Israel's corner when future initiatives aimed at recognizing a Palestinian state come to a vote at institutions such as the United Nations Security Council. France is expected to put forward such a proposal in September.

The interview comes at a time when a new right-wing government has taken power in Israel and prospects of resuming any kind of peace process are dim.

Israeli Prime Minister Benjamin Netanyahu has refused to comment on what Mr. Obama had to say and reportedly ordered all ministers and deputy minister to stay mum as well. But media commentators in Israel expressed surprise at the President's unusually candid comments.

Israel was in danger of losing credibility, Mr. Obama said. "Already, the international community does not believe that Israel is serious about a two-state solution," he told Israeli interviewer Ilana Dayan.

He recalled a declaration made by Mr. Netanyahu in the closing days of Israel's March election when he assured voters that no Palestinian state would be created on his watch.

"Subsequently," the President said, "his statements have suggested that there is a possibility of a Palestinian state, but it has so many caveats, so many conditions, that it is not realistic to think that those conditions will be met any time in the near future."

The caveats, to which Mr. Obama referred, include the long-standing Israeli notions that any Palestinian state would have to be demilitarized, would not include any part of Jerusalem and would cede military control of the Jordan Valley to Israel.

"I think that Netanyahu is skeptical about the capacity of Israelis and Palestinians to come together on behalf of peace," the President said. "I think that he is also a politician who's concerned about keeping coalitions together and maintaining his office."

Mr. Obama was asked how he felt about the Israeli leader's appearance before the U.S. Congress earlier this year – an appearance that had not been co-ordinated with the U.S. State Department or the White House. The U.S. leader said simply: "If I turned up at the Knesset [Israel's parliament] without checking with the Prime Minister first … there would be certain protocols breached."

He acknowledged that it was fear of Iran that drove Mr. Netanyahu to take this unusual path to the U.S. legislators.

But security concerns are monopolizing Israel's attention, he said. Israelis must also consider the long-term effects of maintaining the status quo in the West Bank and Gaza, and the possibility of another violent Palestinian uprising. Such "long-term trends are very dangerous for Israel," he concluded.

With Mr. Netanyahu's silence on the President's comments, the Israeli government apparently hoped the public wouldn't take notice of the interview. But media commentators were busy weighing in.

Columnist Mazal Mualem, writing in al Monitor, described Mr. Obama's interview as a "clear view of the inevitable demise of what's left of the diplomatic process with the Palestinians." It was, she said, "the first time that the Israeli public received a firsthand account of how deep the crisis between [Israel and the United States] really runs."

David Horowitz, editor of the Times of Israel and former editor of the Jerusalem Post, wrote in a passionate column that Mr. Obama had proved he doesn't understand the issues at all. He warned the President: "Don't embolden our enemies by publicly placing so disproportionate a level of blame on us for the failure of your peace efforts."

Israel seems to be getting it from all sides lately.

In addition to the Obama battering, the Swiss government has sponsored an exhibition in Zurich later this month by a controversial Israeli organization, Breaking the Silence. The group has published transcripts of interviews with several dozen Israeli soldiers who paint a grim portrait of how the Israeli war in Gaza last summer was waged without effective rules of engagement. Israel sharply rebuked the Swiss for their role in exhibiting these "slanders."

As well, the CEO of the giant French telecom company Orange announced this week he intends to pull his company's license out of Israel in protest of its occupation of the West Bank.

All this erupted just days after Israel narrowly escaped a vote to suspend it from FIFA, the governing body of international soccer, because of its treatment of Palestinian players in the territories. 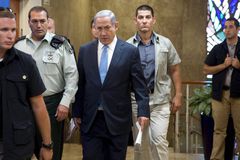 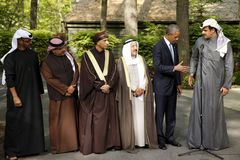 Evolution of Obama’s foreign policy continues to engage, but with less risk
April 6, 2015 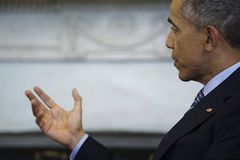