Enrique Pena Nieto, of the Institutional Revolutionary Party, is poised to become Mexico's next president on Sunday, barring an upset.

His opponents, Josefina Vazquez Mota of the ruling National Action Party (PAN), and Andres Manuel Lopez Obrador of the Party of the Democratic Revolution (PRD), have succeeded in narrowing Mr. Pena Nieto's double-digit lead in recent weeks, but cannot stop his momentum.

The PRI's almost certain victory will mark the return of the once-disgraced party, which was voted out of office in 2000, ending a 71-year era of authoritarianism, corruption and nepotism.

In the past decade, Mexico has made great strides, with a stable, well-managed economy, a growing middle class, greater political freedom than ever and stronger institutions.

Mr. Pena Nieto's challenge will be to bring about the structural reforms the country of 113 million needs and propel it from developing to developed status.

The return of the PRI to office 12 short years after it was supposed to have been relegated to the dustbin of history underscores the party's famous pragmatism and ability to transform itself. It spent its years away from the presidency building a power base in many of the country's 31 states and getting PRI governors elected.

As the party transformed itself, so, too, did the country. The electorate is more sophisticated and independent, and Congress and civil society are more capable of challenging the executive. The best example of this is the emergence of a student movement, Yo soy 132 (I am 132, named for a demonstration during a PRI campaign stop at Ibero American University in Mexico City). The movement effectively deployed social media to challenge Mr. Pena Nieto's credibility and question his manipulation of the mainstream media. Recent stories accuse the candidate of paying Televisa, the world's largest Spanish-language broadcaster, for favourable coverage.

And yet despite these misgivings, there are still many Mexicans prepared to give the party another chance. During its two terms in office, the PAN failed to deliver on people's expectations for change. Its reforms were often obstructed in the opposition-dominated Congress. That, plus the country's violent drug wars have left many disappointed.

An effective campaigner, Mr. Pena Nieto has championed free-market reforms for the world's 13th largest economy, greater competitiveness and an end to oligopolies – this even though the PRI instituted many of them in the first place. He has unveiled dozens of commitments to infrastructure projects that will improve the daily lives of Mexicans.

"He is no JFK," notes Jose Antonio Crespo, a political analyst in Mexico City. "And yet, it isn't easy to go backward. Society has progressed and the country and the party are not the same as they once were."

One thing is certain, no president will ever be as powerful as the "PRI-ista" presidents of yesteryear.

Mexico's economy withstood the global downturn relatively unscathed and has enjoyed macro-economic stability. Though overall growth has averaged only 2 per cent a year, well below that in Brazil and other Latin American economies, prospects are looking increasingly good, and the economy is set to grow by 4 per cent this year.

To create employment and generate more revenues, Mr. Pena Nieto has pledged to liberalize the nation's labour laws, broaden the tax base and open up the state-run oil company to foreign investment. Using the model of Brazil's Petrobras, he has proposed increasing the sector's efficiency and productivity by allowing more foreign investment to Petroleos Mexicanos (Pemex). Pemex revenues provide one-third of the government's budget, but not enough resources go to development and exploration.

Chance of success: Moderate to High. While Mr. Calderon's proposed oil-sector reforms were blocked by PRI opponents, PAN may prove more willing to set aside political differences and support the transformation of the oil sector. Still, Mr. Pena Nieto could face opposition from within his own party, and from the PRD, which generally opposes private- sector involvement in the oil industry.

Impunity is still a serious problem in Mexico, where the rule of law remains weak. A 2010 study found less than 1.5 per cent of crimes are punished by the judicial system. A Human Rights Watch report released last year also found that the military, deployed to fight the drug cartels, now stands accused of committing human-rights violations against civilians. The report documented more than 170 cases of torture, including beatings and electric shocks, committed by the military to extract information about organized crime, 39 disappearances that suggest involvement of security forces and 24 extrajudicial killings.

The military should not be investigating complaints against itself.

Mr. Pena Nieto must re-energize efforts to implement judicial reforms, which were passed in 2008 but remain underfunded and slow to take hold. The country's shift from a secretive "inquisitorial" legal system to an "adversarial" model, where defendants and victims can challenge evidence in open court, is an important step, but these reforms need to be implemented with greater vigour. A better judicial system would create greater transparency and accountability and ultimately help the country in its efforts against organized criminal groups.

Chance of success: Moderate to High. Mr. Pena Nieto is in favour of many of these initiatives and has pledged to increase the percentage of gross domestic product that goes toward security and justice, noting that Colombia spends five times the percentage Mexico spends on public security, with positive results.

When President Felipe Calderon, Mexico's outgoing leader, took office in 2006, he vowed to take on the drug cartels and criminal organizations that threaten public security. His decision to dispatch 50,000 soldiers led to a dramatic spike in narco-violence as the cartels wage war against government forces, and one another, in their battle for control over lucrative drug-trafficking routes in the north. More than 55,000 people have been killed in the past 51/2 years and Mexicans have become almost numbed by the horrifying violence of these turf wars, including beheadings, the discovery of dismembered bodies in mass graves and the disappearance and killing of journalists, engineers and other civilians.

Narco-barbarity remains a priority for all Mexicans, says Adrian Villegas, a pollster with Ipsos in Mexico City, even though much of the violence is confined to just 73 of the nation's 2,440 municipalities, located close to the U.S. border. Mr. Pena Nieto says he will refocus efforts on reducing levels of extortion, human trafficking, homicide and kidnappings – rather than just on taking down capos. He wants to professionalize the judiciary, strengthen crime prevention and withdraw the military once the federal, state and local police have the capacity to do their job effectively.

"Most Mexicans support President Calderon's decision to send in the military because they know this is the only force strong enough to challenge the cartels," Mr. Villegas says. "But they are looking for a more intelligent way to fight them."

Chance of success: Low to Moderate. The level of violence will likely diminish under Mr. Pena Nieto, but the drug cartels will certainly not be put out of business. Mr. Pena Nieto has denied that the PRI will cut deals with the drug kingpins, as the party was known for doing in the past. "The multiplication of drug-trafficking organizations and the unreliability of cartels such as Los Zetas … make it impossible to crystallize nationwide live-and-let-live 'arrangements' as in the past," observes George Grayson, a Mexico expert and fellow with the Foreign Policy Research Institute in Washington. "The next chief executive will be under too much scrutiny to take the risk, even if he wanted to."

The country's next president needs to restore the public's faith in politicians, shaken this week with reports from the Guardian newspaper accusing Mr. Pena Nieto of paying a Televisa broadcaster for favourable coverage. (The company denies the allegations.)

"Mexico's democracy still lacks accountability," Mr. Crespo says. Hopes for a political transformation were raised in 2000 when the PAN won a historic victory. And yet democratic and legislative reforms have fallen short, due in part to a divided Congress.

Politicians are vastly overpaid in Mexico, earning three times the average salary of legislators in other parts of Latin America. This gives the impression that they are not working for the people, but for themselves. The most effective way to strengthen the country's representative democracy would be to eliminate the one-term limit for politicians. In this way, legislators would be motivated to serve the electorate, in the hopes of being re-elected, instead of furthering their careers in back-room deals.

Chance of success: Low. While Mr. Pena Nieto has not endorsed this idea, he does favour reducing the number of representatives in Congress to 400 from 500, targeting those who are not directly elected but appointed by the parties. 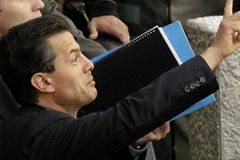 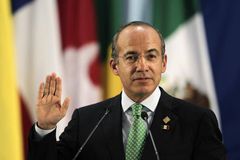 Mexican front-runner could open up oil sector to Canadian investors
May 29, 2012 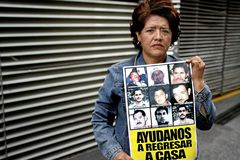 Mexico: A country with poverty that’s no longer poor
June 5, 2012 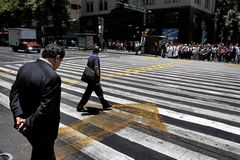 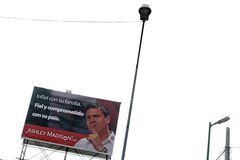