Thousands of demonstrators took to the streets of Rome after European Union leaders marked the 60th anniversary of European Union's creation at a ceremony that displayed as much geo-political anxiety as it did optimism for the bruised EU's future.

The city-wide demonstrations were led by groups that were both in favour of EU and the euro and those who viewed them as threats to democracy and sovereignty and instruments of Big Business.

While they were largely peaceful, Rai, the Italian state broadcaster, reported that about 120 marchers had been detained for disorderly behaviour by late afternoon Rome time.  The tight security in the Italian capital saw one of Italy's biggest deployments of anti-riot police, with entire sections of the city centre blocked off by security forces and armoured vehicles.

Marchers in the south end of the historic centre, many of the members of Italy's small Communist party, want Italy to wave goodbye to the EU, the euro and NATO. "We don't like how the ECB [European Central Bank] has allied itself with the private banks," said Michelangelo Condarcuri, 35, an unemployed Roman. "The banks are always getting saved, but there's never any money for the people."

The demonstrations started shortly after EU leaders celebrated the 1957 signing of the Treaty of Rome, the ancestor of today's EU, in a Renaissance palace on Rome's Campidoglio (Capitoline) hill. The treaty was the creation the union's six founders: Germany, France, Italy, Netherlands, Belgium and Luxembourg.

The stress faced by the EU was highlighted by the absence of British Prime Minister Thesesa May who, on Wednesday, is to announce the start of the formal talks to remove Britain from the EU. The exodus of the EU's second-largest economy and leading liberal voice on trade and competition has undermined confidence in the EU's ability to forge ever greater unity while raising questions about its sense of purpose.

Thousands of pro-Europe Londoners on Saturday went to Parliament Square to protest Britain's exodus from the EU. Labour MP David Lammy told the crowd "There are a lot of people against Brexit in this country and people are changing their mind...We're living in a dictatorship. In democracies, people are allowed to change their minds."

On a warm, sunny morning in Rome, leader after leader took to the stage in the same hall where the Treaty of Rome was signed to praise the EU's accomplishments – its creation after the Second World War ushered in the longest period of peace in the continent's history -- while not denying its need for reinvention. Italian prime minister Paolo Gentiloni called the EU a "peaceful superpower" while noting that the region is being battered by employment, growth and immigration crises.

European Council president Donald Tusk, the former prime minister of Poland, said "Europe as a political entity will either be united, or will not be at all."

Even Pope Francis warned the 27 EU leaders that their union was in trouble. "When a body loses its sense of direction and is no longer able to look ahead, it experiences a regression and, in the long run, risks dying," he told them Friday at the Vatican.

In the late morning, Rome time, the 27 EU leaders signed a declaration that was both bland and optimistic, pledging to keep the common purpose of peace and prosperity intact though admitting in the draft text that the EU "is facing unprecedented challenges, both global and domestic: regional conflicts, terrorism, growing migratory pressure, protectionism and social and economic inequalities."

The went on to pledge to bring the suddenly diminished EU, the result of by Brexit, more tightly together: "Europe is our common future...We are determined to make the EU stronger and more resilient, through even greater unity."

The divisions in the EU have deepened considerably since the 2008 financial crisis and the subsequent deep recession that sent unemployment into double digit levels and triggered the bailouts of Greece, Ireland and Portugal and the bailout of Spain's banks.

Nine years after the start of the crisis, the Mediterranean countries, especially Greece, feel punished by the German-backed demands for harsh austerity measures. Greece and Italy feel they are unfairly bearing the brunt of the refugee and migrant crisis.

An east-west divide has also emerged. Poland has complained about suggestions made by German chancellor Angela Merkel and Mr. Juncker that they might find salvation by embracing a "multi-speed union," in which various countries would seek economic and political unity with one another at different speeds. Polish government officials complained that a multi-speed Europe would leave some of the poorer EU countries, such as those in eastern Europe, marginalized while the core, led by Germany, would forge greater alliances.

In the end, the declaration, the EU leaders sought a middle ground in their declaration, saying that countries could proceed at "different paces" while "moving in the same direction."

One of the marches was led by former Greek finance minister Yanis Varoufakis, who is in Rome to launch the manifesto of his new pro-EU movement, Diem25, which may evolve into a political party that seeks election. On Friday, Mr. Varoufakis used a press conference in Rome to warn that the "The idea of Europe is in retreat and the EU is in an advanced state of disintegration."

Italy’s Five Star Movement is on the rise as populism falters in Europe
April 21, 2018 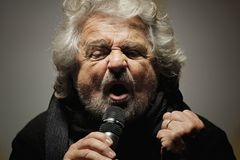 The EU economy is up, volatility down and investors have figured this out Subscriber content
May 17, 2018 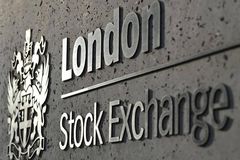