As opinion polls highlight the growing possibility that Scotland could decide next month to declare independence from the United Kingdom, a suddenly anxious pro-union campaign has turned to former Canadian prime minister Pierre Trudeau for inspiration.

A poll released by the Mail on Sunday newspaper showed support for the Yes side cresting to a new high of 47 per cent among decided voters, meaning that – as with Quebec's 1995 referendum – a once predictable campaign is now anything but.

The Yes campaign has been gaining momentum since the start of the year, – when polls began showing support for independence pushing past the 40 per cent mark – forcing the No campaign to change tactics.

The No camp's "Better Together" slogan, which has highlighted arguments about how much Scotland would suffer economically if it separated from the rest of the U.K. – including questions over whether Scotland would be allowed to remain in the European Union, or continue using the pound sterling – was seen as too condescending. Looking for inspiration, and poring over footage of Quebec's 1980 and 1995 referendums, pro-union strategists were struck by a 1980 video in which Mr. Trudeau gave a passionate speech in favour of Quebec remaining in Canada while standing under posters that read "Non merci."

"No Thanks" was embraced as both more positive sounding and more respectful of the opposing side. In recent weeks, it has quietly replaced "Better Together" as the main pro-union message on street signs and social media.

"There was a concern about sounding too negative," said Ken Symon, head of business engagement for the No camp's Glasgow office. "'No' does seem negative as opposed to 'Yes,' which sounds more optimistic. But 'No Thanks' is more polite, and Scots like that."

Another poll is due to be released Tuesday at the start of the campaign's first televised debate between Alex Salmond, Scotland's nationalist First Minister, and Alistair Darling, the former chancellor of the exchequer who heads the No effort. Many in the Yes Scotland campaign are hoping their fiery leader can land a knockout punch on Mr. Darling, a decidedly greyer figure, that will propel the pro-independence side into the lead with just six weeks to go before the Sept. 18 vote.

Mr. Salmond has made it clear he would rather debate Prime Minister David Cameron – whose Conservative Party epitomizes the supposedly colder and more capitalist England that the Scottish National Party (SNP) wants to separate from – but Mr. Cameron has refused, saying he shouldn't be a participant in the debate because he holds English residency.

Mr. Symon said the pro-union side was still confident of victory. A "poll of polls" that was published last week by Strathclyde University – which compiled the results of opinion polls conducted by six separate firms – found that 57 per cent of decided voters are planning to answer No to the referendum question of "Should Scotland be an independent country?" compared with 43 per cent who will say Yes.

Mr. Symon said the "No Thanks" slogan wasn't the only thing the No side has borrowed from the Canadian experience. As the race has tightened, he's sought to try and convince more Scottish businesses – who are broadly skittish about the idea of independence – to go public with their worries, the way Montreal's business community famously bolstered the federalist side in 1995 with talk of having to move jobs out of the province following a vote to separate.

Yes Scotland rejects most comparisons to the Quebec referendums, with the SNP working hard to distance itself from the sort of ethnic nationalism that coloured the Parti Québécois' narrow defeat in 1995. The Yes campaign's case for Scottish independence emphasizes the supposedly more social democratic nature of Scots – compared to the rest of the U.K. – and the benefits of having policy decisions made in Edinburgh, rather than London.

The pro-independence side sees the No camp's slogan switch as proof that the Yes campaign has the momentum heading into the home stretch. Stuart McDonald, a senior researcher for Yes Scotland, said he believes the polls are actually underestimating support for Scottish independence.

There are reasons for Mr. McDonald's optimism. Pollsters here admit that two key constituencies that make up much of the Yes support base – young voters and the working class – are traditionally underrepresented in the telephone surveys conducted in Scotland.

There's also the legendary get-out-the vote capability of Mr. Salmond and the SNP. Yes supporters like to point out that none of the pollsters predicted the SNP's majority win in the 2011 Scottish parliamentary election.

Some surveys also suggest that up to two-thirds of those who now say they are undecided – somewhere between 10 and 20 per cent of all eligible voters – are likely to tick Yes when forced to make a decision on Sept. 18.

The campaign until now has been characterized by a remarkable civility. While everyone in Scotland has an opinion – or a good explanation for why they haven't made up their mind yet – the debate has been respectful, with surprisingly few public rallies or flag-waving by either side. Even disagreements in the pub, so far, are resolved with polite handshakes.

"It's much more polite here. If you say how you're going to vote, people might say 'Oh, you musn't do that.' But there's no anger. … It was much more tense in Quebec," said Anna May Timpson, director of the Centre of Canadian Studies at the University of Edinburgh.

But many Scots say they're worried the campaign here will get nastier as Sept. 18 approaches – and the race tightens – with many predicting the mood could worsen quickly after the vote, as disappointment sets in for one side.

The Scots are treading water on North Sea oil
August 1, 2014 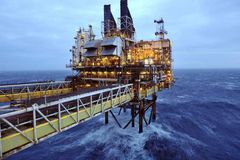 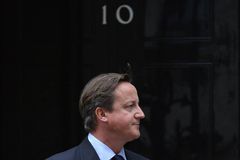