One of China's top legal voices has spoken out against televised confessions, an increasingly common tool used by Chinese authorities to humiliate human rights advocates, lawyers, book publishers and journalists.

China should not drag people in front of the cameras to plead guilty, Zhu Zhengfu, deputy chairman of the All China Lawyers Association, said this week in a rare internal reproach to the broad clampdown that has enveloped the country under President Xi Jinping.

Such confessions, he said, are of little legal value and may rely on coercion.

"Legally speaking, if there is no evidence to support the case, a guilty plea on television should be inadmissible," he said in an interview with Beijing News that was widely disseminated in China on Wednesday. "Because there are too many possibilities for a suspect to be led into pleading guilty against their will and contrary to the facts."

In the past two years, Chinese media have aired dozens of confessions from people detained on charges of stirring up trouble, corruption and endangering state secrets. Their statements have been made ahead of court proceedings, raising the spectre of trial by media. Human rights groups have accused Chinese authorities of forcing admissions as a way to strike fear in others who might act against the Communist Party's wishes.

China has denied that the confessions are forced, but Sweden and the United States have condemned the practice, which Swedish Foreign Minister Margot Wallstrom called "completely unacceptable."

Mr. Zhu's criticism, however, carries special weight, since it comes from a senior political figure in the country. He is a delegate to the Chinese People's Political Consultative Conference (CPPCC), the country's top political advisory body, which will meet in the next two weeks.

Mr. Zhu has proposed nine judicial reforms, which include expanding bail, allowing lawyers to be present for interrogation of suspects and "providing conditions for a judge to make an innocent verdict, according to the law." The latter is a particularly damning indictment of a system with a conviction rate above 99 per cent, where guilt is often determined by political influence, and by people who have not even listened to arguments in court.

"In this climate of thought control and so on imposed by Xi Jinping, it takes a lot of courage to make that kind of criticism," said Willy Lam, an authority on Chinese elite politics.

On Chinese social media, Mr. Zhu's proposals made him a hero.

"This is a real delegate, a real patriotic man," one person wrote. He should be praised, wrote another, "although it's impossible for this to be realized."

In China, criticism from inside the system has grown less common under Mr. Xi, who has installed himself as a "core" leader, demanded absolute loyalty from the country's media and used a fierce anti-corruption campaign to demolish political opponents and criminals alike. Cultural Revolution-like language has begun to reappear in the country's press.

Some have still dared to speak out.

When authorities shuttered the social media accounts belonging to outspoken property developer Ren Zhiqiang, a professor at the Communist Party's own Central Party School in Beijing came to his defence. In an online post, Cai Xia said Mr. Ren had a right to his opinions and criticized his treatment. Her post was soon deleted; Mr. Ren, himself a party member, faces "severe intraparty penalties."

Earlier this month, after Mr. Xi called for media to serve the Communist Party, the Southern Metropolis News published a front-page headline whose characters could be read to see a double meaning. One of the meanings implied death and mourning for journalists who followed the new mandate. According to some reports, the paper's front-page editor was fired.

Mr. Zhu's public declaration may also put him at some risk, although his political standing is likely to give him some protection, as will the fact that he has not directly challenged Mr. Xi or the party.

"As a CCPCC delegate, Mr. Zhu's opinions are more or less protected, at least in the month of March," said Joshua Rosenzweig, an independent human rights researcher in Hong Kong. He expressed doubt that the proposal, one of many the body will consider, would accomplish much.

"But it is significant that the press is covering this. There's no doubt a certain degree of unhappiness over the televised confessions and the recent push to stress the media's position as part of the 'party family.' This is a way to push back a bit," he said.

China's human rights lawyers, meanwhile, drew some comfort from Mr. Zhu's comments, after a year in which the party's crackdown on dissent has aimed at the legal system, too, with authorities detaining hundreds of lawyers and their assistants.

"We agree with his opinions," said Li Fangping, who has represented high-profile dissidents and been occasionally detained for his efforts. "People have noticed what is happening, and don't think it's proper." But he held little hope for change, "especially now as the situation is getting even more severe."

– with reporting by Yu Mei 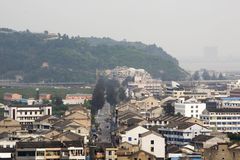 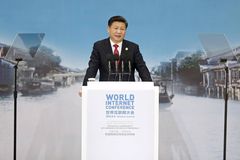