A senior Chinese official has renewed calls for Taiwan to be folded into Mainland China, calling it a "sacred mission" to keep hold of the island.

After years of calm, the prospect of new leadership in Taiwan has added new tension to relations between Beijing and Taipei. The opposition Democratic Progressive Party is leading in polls ahead of a January election, raising expectations that its candidate, Tsai Ing-wen, will win the presidency.

The DPP has traditionally been less warm toward mainland China, and its rise has raised Taiwan on Beijing's agenda. China under President Xi Jinping has aggressively defended its claims over Hong Kong, Taiwan and disputed maritime areas, and has built up military force in part to ensure its missiles can beat back anyone who comes to Taiwan's defence.

Behind the scenes, Communist officials have begun speaking with the DPP, stirring hope that a Taiwan power transition can be accomplished smoothly.

"Maintaining the country's sovereignty and territorial integrity, and maintaining no changes to the position that Taiwan is part of China, is a sacred mission for all the sons and daughters of China," he said.

Mr. Yu, a powerful Chinese leader, was in September made chair of the China Council for the Promotion of Peaceful National Reunification. China calls the council a non-governmental organization, although it is associated with the United Front Work Department, which labours in the shadows to quell independence fervour in Taiwan and build support for reunification.

Ms. Tsai has pledged to maintain the "status quo" in cross-Strait relations, which has included an agreement that there is one China, with different interpretations.

But she stirred anger earlier this month with a trip to Japan, which Chinese state media called an attempt to promote independence.

Chinese President Xi Jinping in 2013 voiced impatience with Taiwan, saying "the two sides much reach a final solution" and that "these issues cannot be passed on from generation to generation." China's new National Security Act specifically calls on people living in Hong Kong, Macau and Taiwan to maintain national sovereignty.

Mr. Xi raised the Taiwan issue during a trip to Washington last month, which prompted President Obama to reiterate his support for the Taiwan Relations Act that pledges U.S. military backing to Taiwan self-defence.

If Ms. Tsai wins, there is a significant possibility "a cross-Strait crisis could ensue," Bonnie S. Glaser and Jacqueline Vitello, both with the Center for Strategic and International Studies, wrote in July. Such a reaction could include economic retaliation, a suspension of communications "or even using military coercion or force," they wrote.

Richard C. Bush III, the director of the Center for East Asia Policy Studies, recently noted that "China's warnings about Ms. Tsai have increasingly included signals that it would take action if she became president but did not allay Beijing's fears."

But those fears may be unfounded, said J. Michael Cole, a senior fellow based in Taipei at the University of Nottingham's China Policy Institute.

"In my view, there certainly is a disconnect between official rhetoric and what Beijing would actually do come 2016 if the DPP is re-elected," he said. Officials close to Mr. Xi have begun quietly meeting with the DPP in order to build trust ahead of the coming election, Mr. Cole said, an indication Beijing is far from the kind of retaliatory action seen during the 1996 Taiwan Strait Crisis, when Chinese missile tests sparked global fears.

"I'm very, very confident that we're going to see a lot more continuity come 2016 if the DPP were elected than some of the more alarmist voices would want us to believe," Mr. Cole said.

The ties that bind: Taiwan and China at a crossroads
August 31, 2015 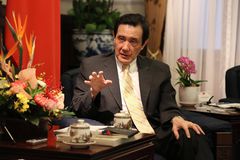 Analysis
U.K.’s China approach has its critics, but some say Canada should take note
October 21, 2015 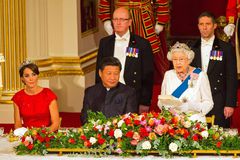