Mr. Putin, in the first major remarks from a Russian leader since a coalition of Western countries began air strikes in Libya, said that Moammar Gadhafi's government fell short of democracy but added that did not justify military intervention.

"The resolution is defective and flawed," Mr. Putin told workers at a Russian ballistic missile factory. "It allows everything. It resembles medieval calls for crusades."

Mr. Putin said that interference in other countries' internal affairs has become a trend in U.S. foreign policy and that the events in Libya indicated that Russia should strengthen its own defence capabilities.

Russia, a veto-wielding permanent Security Council member, abstained from the vote on Thursday in which the council authorized a no-fly zone over Libya and "all necessary measures" to protect civilians against Gaddafi's forces.

China's most important political newspaper ratcheted up the country's criticism of Western airstrikes against Libya on Monday, comparing them to the U.S.-led invasions in Iraq and Afghanistan.

The Communist Party's flagship newspaper, The People's Daily, said in a commentary that the United States and its allies are violating international rules and that in places like Iraq "the unspeakable suffering of its people are a mirror and a warning."

"The military attacks on Libya are, following on from the Afghan and Iraq wars, the third time that some countries have launched armed action against sovereign countries," it said.

A website that publishes the views of Mr. Sadr said the cleric had condemned the Western intervention in Libya: "Those who want to topple Gadhafi's regime with their planes should avoid killing civilians and avoid the calamities of bombings."

Libya has claimed dozens of civilians have been killed in the strikes by the U.S. and European forces.

In London, a Foreign Office spokesperson denied those claims.

"Unlike Gadhafi, the coalition is not attacking civilians. The UN resolution authorizes all necessary measures to protect the Libyan people," the spokesperson said, speaking on condition of anonymity in line with department policy. "All missions are meticulously planned to ensure every care is taken to avoid civilian casualties."

Indian Foreign Minister S.M. Krishna called Monday for an end to air strikes in Libya, saying they would lead to more harm to "innocent civilians, foreign nationals and diplomatic missions."

Speaking in Mecca, on the final day of a visit to Saudi Arabia, Turkey's Prime Minister Tayyip Erdogan said on Monday he hoped the military operation would be concluded as soon as possible.

"Our biggest desire is for the Libyan people to determine their own future," he said while receiving an honorary university doctorate in Islam's holiest city.

Turkey has spoken against intervention in Libya and has called for an immediate ceasefire. Turkey earlier blocked alliance agreement on helping to enforce a no-fly zone.

The head of the Gulf's main political bloc on Monday underscored the commitment of Qatar and the United Arab Emirates to the international military coalition striking Libya but stressed the mission seeks only to protect civilians.

The reaffirmation of the Gulf states' backing for the multinational force follows criticism by the Arab League's chief over the heavy missile barrages by U.S. and European forces against Libyan air defenses, tanks and other targets.

"What is happening now is not an intervention. It is about protecting the people from bloodshed," said Abdul Rahman bin Hamad al-Attiyah, secretary general of the six-nation Gulf Cooperation Council.

Cracks emerged in the supposedly joint Arab-Western coalition of war planes attacking forces loyal to Mr. Gadhafi only hours after a massive pounding by more than 100 U.S. cruise missiles pulverized Libya's air defences, reportedly killing scores and wounding many others.

Dismayed by the intensive barrage, the 22-nation Arab League faltered in its backing of American, French and British air strikes, a grave split that could undermine the UN-mandate for limited war to protect rebel-held strongholds, including Benghazi.

U.S. President Barack Obama was also coming under fire at home as the war's vague objectives, uncertain duration and unclear exit strategy sparked demands for clarity. Some were calling for regime change.

"This is a great opportunity to replace a tyrannical dictator who is not a legitimate leader, who is an international crook … we should seize the moment and talk about replacing him, not talking about how limited we will be," said Republican Senator Lindsey Graham.

House Speaker John Boehner said that the Obama administration "has a responsibility to define for the American people, the Congress and our troops what the mission in Libya is" and how it will be accomplished.

The White House, echoing the President who had gone to Brazil for a long-planned visit, said toppling Col. Gadhafi, long regarded as terrorist-sponsoring, international pariah, wasn't the objective.

"The goal of this resolution is not regime change," said National Security Council spokesman Tommy Vietor.

On Sunday, Adm. Mike Mullen, chairman of the U.S. Joint Chiefs of Staff, said the goals of the operation are to protect civilians from further violence by pro-Gadhafi forces, while enabling the flow of humanitarian relief supplies. But it was unclear how long the military effort would continue or on what scale.

Envoys from the 28 NATO nations were due to meet later on Monday to agree how to implement an arms embargo, which would involve use of alliance aircraft and ships to prevent weapons reaching Mr. Gadhafi's forces.

With files from AP and Globe and Mail staff 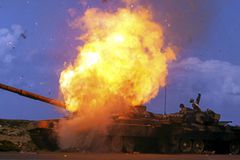 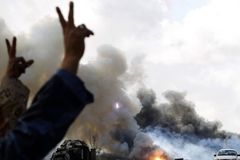 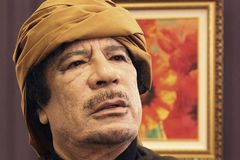 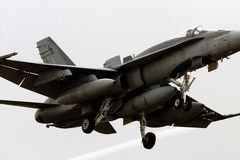 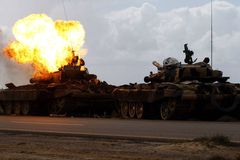