Your book, The Victory Lab: The Secret Science of Winning Campaigns, has been billed as "Moneyball for politics," chronicling how a new generation of operatives is changing the way elections are fought. What would surprise most American voters about how campaigns are now run?

Two parallel innovations have taken place in the last decade or so. There's the use of field experiments that are basically like pharmaceutical trials with voters as the guinea pigs, giving campaigns a far more psychologically nuanced idea of how to engage people. And campaigns have access to tons of data about every voter and even people who aren't yet registered to vote, and are using it as the basis for a statistical model to come up with fairly granular predictions about voter behaviour.

So campaigns now think they have the ability to predict how people are going to vote before they know they've made up their minds, and a keener idea of how to motivate people who might not be regular voters to get out to the polls in ways those people might not even know they're experiencing.

Should we be looking at those as positive developments, in that they're helping create a more engaged electorate?

There's this instinct that people have when they see individuals reduced to data sets to think that it's dehumanizing. In fact, the reality has been precisely the opposite. The reason turnout has gone up is that campaigns are making significant new investments in field work, often volunteer driven, that looks to talk to voters one-on-one.

We now have this body of experiments that shows person-to-person contact does something to turn a non-voter into a voter that no television ad can. Smart campaigns, and Barack Obama's is the best example of this, are making the investments to create these types of interactions.

Did Mitt Romney's comments about giving "gifts" to core support blocs reflect a misunderstanding of what those investments are?

The Republicans didn't fundamentally understand what mobilization is. The way Romney talked about the gifts was that Obama went to his core supporters and got them to vote by promising them policies. Everything we know from these recent experiments points to the fact that the way you get non-voters to vote is you change the social and psychological dynamics around voting.

The hundreds of field offices that Obama created around the country were about putting volunteers in front of people so they could create an experience that made voting meaningful. The Republicans are stuck in a very outmoded paradigm of thinking about campaigns fundamentally as persuasive exercises, with get-out-the-vote as the thing you do at the end.

You note in the book that the parties tend to obsess over what the other one is doing. How did this get so far away from the Republicans, after the Democrats already had an organizational edge in 2008?

I think part of it was the way John McCain lost. It was not close, and it was possible for Republicans to blame it on everything other than tactics.

What the Democrats did in 2005-06 in response to losing to George W. Bush was remarkable. They built institutions that invested in innovation, and more importantly encouraged co-operation among people who would usually compete. There are huge impediments to those things – most political consultants do fine whether they win or lose, and anything that challenges the way they've done things or gets them to work with their rivals is a threat to their revenue.

The question for Republicans is whether, when they look at what happened earlier this month, they're appropriately afraid of what that augurs for the future that they're willing to take a short-term hit to their business interests. I've yet to see evidence of that.

Have the Democrats built enough of an institutional advantage for it to transfer to their next presidential candidate?

I think there's a development of a research culture on the left that is significant and enduring. The institutions of the left have developed a serious appreciation for testing and data in a way that gives them a significant advantage over the analogous groups on the right.

There may not be another campaign that works as well as these Obama campaigns did. But inevitably, the people overseeing the mechanics of the next Democratic presidential campaign will come out of this culture.

The concern that comes to mind with "micro-targeting" is that with the level of sophistication in delivering different messages to different people, you may wind up with inconsistencies in what's being promised. Is that a fair concern?

The technical advances have made it a plausible scenario. The reality tends to be that you don't see a whole lot of that, in part because most voters care about the same things.

There's a reasonable concern that on big questions, campaigns would say two different things to different audiences. The thing that's limiting against that is that when every voter has a camera in their pocket, campaigns are more afraid than ever of getting caught. The media is so alert to self-contradiction that campaigns are very afraid of this.

You've been critical of the media's ability to grasp and cover how campaigns are run. Is there a responsibility to delve more heavily into new tactics, so voters know what's being communicated out there?

Journalists regularly mislead their audience by speaking with far more certainty about the few parts of the campaign that they can get a grasp of, and pretending the stuff they don't understand doesn't exist.

It's high-minded to say "You're just covering the competition; you should be covering the issues and the records."

I want to get past that duality, because good coverage of how people run will illuminate how they govern. They're going to enter office having made different promises, with different things they owe people, and if you don't understand intelligently how they won, you're not going to have any idea how they're going to govern.

Sasha Issenberg is speaking in Toronto at a forum hosted by Samara Canada in Toronto on Tuesday (samaracanada.com) 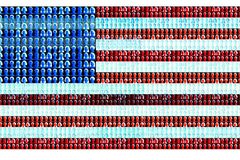 new
Obama tears up as he thanks campaign workers in Chicago
November 8, 2012 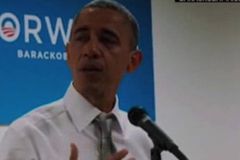 Analysis: Romney’s campaign one of blunders and missteps
November 6, 2012 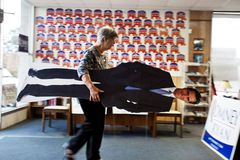 Turn-out-the-vote machines put to the test as final hours wind down
November 5, 2012 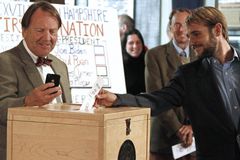 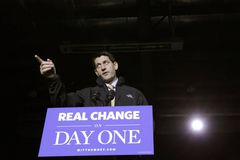 Winning the Week: what Obama and Romney got right and wrong over the campaign
November 5, 2012 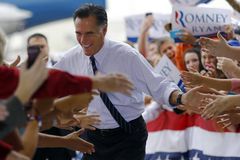 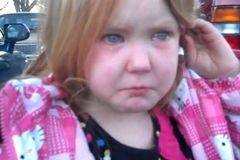