Queen Elizabeth II will likely begin the morning of Feb. 6 as she does every other day – with the racing news, the Daily Telegraph, her husband and dogs, and the box of official briefing papers that she reads diligently before work begins.

But this Monday will be different in one way: Normally the Queen spends Feb. 6 – the anniversary of her father's death, which is known in royal circles as accession day – in private contemplation. This year, it marks the beginning of the 61st year of her reign, and so she will spend it in a glamorous fashion befitting her monarchy: That is, visiting toddlers in a nursery school and dignitaries in the Norfolk town of King's Lynn.

There will be no rest this year for the 85-year-old monarch as she celebrates her Diamond Jubilee (she is now the second-longest-reigning British monarch, after Queen Victoria). The Royal Family, or "The Firm," as it calls itself, is a brand that is seeking to build on the successes of last year, to capitalize on ever-increasing global interest in the monarchy through the use of both ancient pageantry and up-to-the-minute technology.

To that end, this year's pomp will make last year's royal wedding seem like an impromptu get-together in a community centre. The centrepiece of the festivities is a four-day weekend at the beginning of June – the date chosen because it's statistically the driest few days in Britain – which will see street parties across the country, the lighting of 2,012 beacons across the Commonwealth, a river pageant of 1,000 boats on the Thames, and a giant concert in London.

As well, in the period around the Jubilee celebrations, there will be an exhibit of the Queen's diamonds at Buckingham Palace, a huge horse show in Windsor, a lunch for Commonwealth heads of government and a reception for European royal families, several books, eight new bells named for the Royal Family, a half-dozen television documentaries and one special prayer to be intoned at St. Paul's Cathedral. Never mind the countless international television crews thronging the streets of London.

Planning for so many months of gilt, velvet and polished trumpets has taken four years, and the Queen gave her staff two main guidelines, a senior royal adviser said last week: She did not want a drain on the public purse (most of the expenses, apart from security, are being picked up by private individuals and sponsors), and she "didn't want to force people to celebrate." Buckingham Palace staff have delicately avoided questions of exactly how much the celebrations will cost, but the river pageant alone is pegged at £10-million ($15.7-million).

The Queen is using this as a prime opportunity to polish the monarchy's reputation, which was stained by the divorce and toe-sucking scandals of the 1990s and more recently by stories about Prince Andrew having to give up his job as trade ambassador. There is a need to stand out in a year that also features the London Olympics. As British journalist Andrew Marr writes in his new book, Diamond Queen, "the jubilees are an invented tradition, which allow the monarchy to dominate the crowded news agenda of a busy country."

So the popular younger members of the family will be in high-profile positions this year: Prince Harry will tour the Caribbean and Brazil, and Prince William will be stationed in the Falklands as an RAF search-and-rescue pilot, a move that has already annoyed some Argentines in the run-up to the 30th anniversary of the Falklands War.

Senior royals will be dispatched to all corners of the Commonwealth (Prince Charles and the Duchess of Cornwall will visit Canada.) It's been 60 years since Princess Elizabeth, on a trip to Kenya, received the unexpected news that her father, King George VI, had died in his sleep at Sandringham. In the intervening decades she has met an estimated four million people and taken on countless engagements. The year ahead is packed with many more for the Queen and the Duke of Edinburgh, 90, who had heart surgery in December. She has eight official engagements this month, and Prince Philip three.

"It's their program, it's not being imposed upon them. It's being created around their wishes," said the royal adviser, playing down concerns over the strenuous schedule. "These people are remarkable in terms of mental and physical capacity."

Yet, for a family that spends an inordinate amount of time riding in carriages, the royals have become adept at using the latest social networking strategies to sell the family message and ladle out information in an enticing stream. All of this year's events will be covered on Twitter and Facebook, as well as on the monarchy's YouTube channel. A new Diamond Jubilee micro-site is being launched on Monday.

This is no surprise to royal watchers. "The Queen has presided over the modernization of the monarchy," says Carolyn Harris, a royal historian at Queen's University in Kingston, Ont. She notes that the Queen was, in her way, an early adapter: She insisted that her coronation be televised over the protests of senior politicians such as Winston Churchill, who thought that the presence of cameras would rob the ceremony of its grandeur. Sales of televisions soared before the coronation in June of 1953.

Millions of people worldwide will tune into the coming celebrations for the historical pageantry that Britain does so well. It all starts with a bang, quite literally, on Monday morning when the King's Troop Royal Horse Artillery will pull their First World War gun carriages into Hyde Park and fire a "royal salute" to mark the beginning of the Diamond Jubilee. It won't get much quieter for the rest of the year.

Editor's Note: Queen Elizabeth has begun the 61st year of her reign. Incorrect information appeared on Monday in print and in an earlier online version of this article. This version has been corrected. 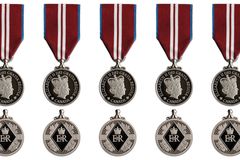 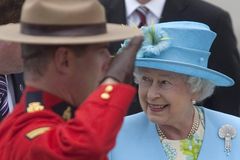 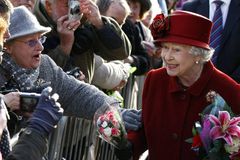 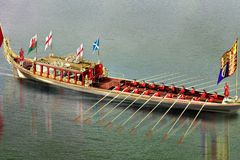 Liberals vote to keep monarchy, legalize pot at convention
January 15, 2012
Follow Elizabeth Renzetti on Twitter @lizrenzetti
Report an error Editorial code of conduct
Due to technical reasons, we have temporarily removed commenting from our articles. We hope to have this fixed soon. Thank you for your patience. If you are looking to give feedback on our new site, please send it along to feedback@globeandmail.com. If you want to write a letter to the editor, please forward to letters@globeandmail.com.
Comments