When enraged protesters filled the streets of the Indian capital after the deadly rape of a young physiotherapy student on a bus last December, the panicked government was keen to be seen to do something. It hastily appointed a committee headed by a respected judge to examine existing laws on sexual violence.

Inquiries in India routinely take years to issue findings. But Jagdish Sharan Verma, an 80-year-old retired chief justice of the Supreme Court, assembled a crack team of young lawyers powered by zeal and the judge's own fierce feelings on women's lack of equality. They interviewed hundreds of rape counsellors, sex-trafficking victims and legal experts. They sifted through 80,000 submissions from a galvanized public. And they produced, in 29 days, a 630-page set of recommendations to overhaul Indian law and reform a justice system that is indifferent to the suffering of female victims.

Now Delhi protesters have once again taken to the streets – this time in reaction to the savage rape of a five-year-old child last week, an attack that has created a collective public horror of the same kind that gripped much of the country after the gang rape on the bus five months ago. But many people are asking if the work begun by Mr. Verma, the women's-rights champion who died on Monday, will be completed.

"His report became the light of hope – and there is so much work to be done, such a shift to be made on women's equality," said Suneeta Dhar, an activist with a women's-rights organization called Jagori. She testified before the Verma committee, an experience she called "life-changing."

The newest protests lack the size and fury of those in December; many people who discuss the latest case do so with a sense of weary numbness. Feminist commentator Nilanjana Roy wrote in the national newspaper The Hindu Tuesday that it is nearly impossible for Indians to keep track of the atrocities that are reported each day. Five rapes of children have been reported in Delhi in April alone.

"We're cutting through decades of mainstream denial about the extreme violence that women in India often experience," Ms. Roy wrote. "But there's a risk that we're setting up a weighing scale of horror, deciding which rape deserves our empathy … The routine gang rape of Dalit women, the brutal rapes of children too young to have learned the word for "vagina," the everyday rapes of women in major cities: Which one of these gets the candlelight vigil of the week?"

The girl allegedly raped by two men last week survived alone and bleeding for two days locked in the tiny room where she was attacked. Police allegedly tried to bribe her father to drop the case after family found her. She is in hospital where doctors say she is now eating solid food and recovering from infection. They may soon attempt surgery to rebuild her genitals and intestinal system.

A neighbour allegedly lured the child into his rented room in a working-class neighbourhood of the capital, where he and a friend raped her, then attempted to kill her and fled.

One of the suspects has reportedly confessed that they grabbed the child after drinking and watching pornography on a cellphone.

That part of the story was shocking enough in its own right. But the child's parents, poor day labourers of the kind typically expected to show deference to authority, have ignited widespread anger with their assertion that police refused for two days to look for the child. When the parents found her – sobbing, horrifically injured, dehydrated and hungry – behind a locked door in their own building, police offered them $37 to "go away and not make trouble."

Once the case made the news, police carried out a swift investigation, tracing the two accused back to their home villages in the eastern state of Bihar. Two men are now in police custody facing rape charges in this case.

The Verma committee recommended better training and scrutiny of police, among other reforms. The government temporarily made many of them into law using a sort of presidential decree. Parliament is now considering new legislation. But women's groups fear that many of the stronger Verma recommendations – such as a ban on introducing a victim's sexual history or "moral character" into an assault trial – may be diluted by parliamentarians, many of whom have made comments blaming victims' behaviour when they are attacked, or denying that married women can be raped by their husbands.

"The excessive control over women and its acceptance in India in recent years is simply outrageous," the genteel, bespectacled Justice Verma wrote in his unusually blunt report. "Women must enjoy freedom and should not be intended to act as carriers of 'perceived honour.' Every woman has the right to express complete sexual autonomy including her relationships and choice of partners. "

On Monday, as police announced the arrest of a second suspect in the rape of the Delhi child, the city's police commissioner, Neeraj Kumar, said at a press conference that the number of rapes reported in Delhi has doubled since the December bus rape, while "molestation" cases have increased six times over.

He attributed the rise entirely to increased reporting, and said he believes the Delhi police are doing "a very good job," an assessment that was greeted with public derision.

Justice Verma was outspoken on a number of liberal issues and first won the admiration of Indian women with a ruling that said workplace sexual harassment violated women's constitutional right to equality. He does not have an obvious successor on issues of gender equality.

Police reforms
Rape-crisis cells should be created to provide legal assistance to victims; all police stations should have CCTVs at the entrance in the questioning room; police officers should be duty-bound to assist victims of sexual offences irrespective of the crime's jurisdiction.

Legal changes
Current law "Assault or use of criminal force to a woman with the intent to outrage her modesty" is punishable with two years imprisonment.

Recommendation The offence of sexual assault should be defined so as to include all forms of non-consensual non-penetrative touching of a sexual nature, punishable by five years imprisonment or fine or both. Use of criminal force to disrobe a woman should be punishable with three to seven years of imprisonment.

Current law The use of words or gestures to "insult a woman's modesty" is punishable with one year of imprisonment or fine or both.

Recommendation Repeal the above and replace. The use of words, acts or gestures that create an unwelcome threat of a sexual nature should be termed as sexual assault and be punishable with one year imprisonment or fine or both.

Current law Trafficking is punishable only if it is for the purpose of prostitution.

Recommendation Trafficking by threat, force or inducement should be criminalized.

Current law Medical examination of a rape victim is by "the two-finger test which is conducted to determine the laxity of the vaginal muscles."

Recommendation In line with Supreme Court rulings, the test must not be conducted and the previous sexual experience of the victim should not be relied upon for determining the consent or quality of consent given by the victim.

Source: Report of the Committee on Amendments to Criminal Law 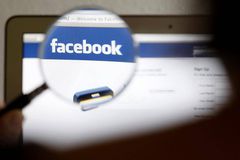