Canadian investigators are analyzing cellphone data in an attempt to track down the masterminds of a terrorist attack that killed six Canadians, a senior Burkina Faso cabinet minister says.

The comments by Foreign Minister Alpha Barry, in an interview with The Globe and Mail, are the first details of the Canadian role in hunting for the organizers of the brutal attack that killed six Quebec volunteers and 24 other people at a popular restaurant and hotel in Ouagadougou on Jan. 15.

The Canadian victims will be honoured as part of a national memorial service in Ouagadougou on Monday, and Mr. Barry said he will deliver an official letter of condolence to the Canadian embassy after the memorial, expressing the country's deep sadness over the death of the Quebeckers who were helping Catholic charities in humanitarian work here.

The bodies of the six Canadians are expected to be flown back to Canada on Tuesday.

RCMP officers were swiftly dispatched to Burkina Faso after the attack, but the RCMP would not comment on exactly what the Canadian police are doing. Mr. Barry said the Canadian police are working with French and U.S. investigators and local police. Investigators in white protective suits and masks have been seen combing for clues at the site of the attack, for which a militant group affiliated with al-Qaeda claimed responsibility.

The Foreign Minister pleaded with Canada to maintain its humanitarian work and gold-mining investments in Burkina Faso, despite the attack. If there is a withdrawal by Canada, it would increase the poverty and unemployment in Burkina Faso, which would create a bigger breeding ground for terrorists, he said.

Mr. Barry also called on Canada to contribute equipment and training for a planned anti-terrorism military brigade in the Sahel region of West Africa. The brigade would be composed of African troops, but would need technical assistance and training in military intelligence from countries such as Canada, he said. An American drone was useful in providing intelligence to Burkina Faso's military forces during the Jan. 15 terrorist attack, he noted.

RCMP spokeswoman Julie Gagnon said a number of RCMP officers are "currently on the ground in Burkina Faso assessing requirements" and giving help to Canadian diplomats. "In doing so, they are liaising with domestic and international partners," she said by e-mail on the weekend, refusing to comment further.

Mr. Barry said the Canadian investigators are analyzing all phone calls in the zone around the attack site in the days and hours before the attack. "From these calls, they are trying to extract the calls that can be attributed to the jihadists," he said.

"By identifying these calls and tracking the networks toward their contacts, it could be possible to learn something. Canada is working on that. For us it's very valuable, because Burkina Faso is a developing country and it lacks this type of technology. We're pleased by Canada's participation in the investigation."

Canada is also helping investigate the abduction of an elderly Australian doctor and his wife, who were taken from a town in the north of the country on the same day as the terrorist attack in the capital, Mr. Barry said.

Canada provides consular services for Australia in Burkina Faso because there is no Australian embassy in the country. The two Australians have reportedly lived in Burkina Faso since 1972, providing medical care for impoverished local people. The abductors may have been Islamist militants who slipped across the border from nearby Mali, officials say.

Burkina Faso is one of the world's poorest countries, but it is also a major site for Canadian mining investment, with Canadian gold companies ranking among the biggest private employers in the country. In 2014, Burkina Faso was included in a priority list of 25 "countries of focus" for Canada's foreign-aid program. Until the attacks this month, it was considered one of the safest countries in the region.

Mr. Barry said Canadian Foreign Minister Stéphane Dion phoned him last week and assured him that Canada will keep supporting Burkina Faso, despite the terrorist attack and the Canadian deaths. "I pleaded for the relations between the two countries to remain intact and even improve," Mr. Barry said.

Youth unemployment and poverty are among the key causes of extremism across West Africa, he said. The militant group that claimed responsibility for the Jan. 15 attack released photos of three young men who allegedly carried out the attack and were killed by security forces. "They are children, they are kids," Mr. Barry said.

"If we have youth who are employed and well-educated and aspire to something different than getting involved in jihadist adventures, that's important. Since Canada is a good co-operation partner on which Burkina Faso counts upon a lot, we hope that all the co-operation will be maintained or even improved, to permit us to not create the causes of jihadism. If the co-operation does not exist any more … it would leave people in poverty, leaving them in the hands of jihadist forces."

Mr. Barry isn't sure whether the Jan. 15 attackers were foreigners or citizens of Burkina Faso, but he has noticed a troubling trend: Islamist radicals are no longer confined to the Sahara and the remote northern parts of the West African region but are increasingly moving southward into the bigger cities.

Burkina Faso's government is working urgently on new security measures, he said. "What happened here is a national trauma and we need to organize ourselves rapidly," he said.

"For an underdeveloped country it's not easy, because even developed countries are not able to solve this. But we are reinforcing security measures in towns, villages, the main roads, the borders, public places and the entrances of towns."

He pledged that Burkina Faso will remain a "calm and peaceful country" where Canadian humanitarian groups and mining companies will be safe. 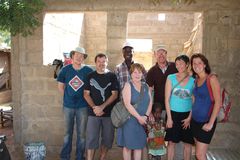 Husband of Burkina Faso victim says he hung up on Justin Trudeau
January 21, 2016 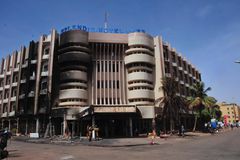 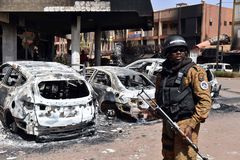 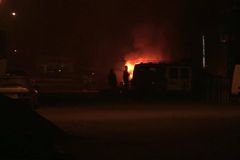 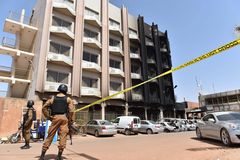 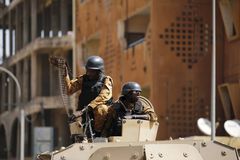 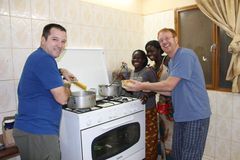 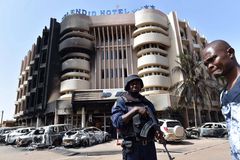 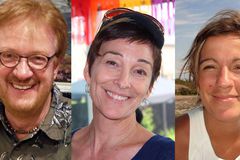