Texas Sen. Ted Cruz, one of the Republican Party's most conservative members, announced early Monday he is running for the party's 2016 presidential nomination, making him the first among what is expected to be a crowded field of White House hopefuls to officially enter the race.

"I'm running for president and I hope to earn your support!" he tweeted. In an early preview of his campaign message, he says in an accompanying video that "it is going to take a new generation of courageous conservatives to make America great again."

Speaking later in the day at Liberty University, an evangelical Christian school in Virginia, the Republican firebrand spoke about his religious faith and said he wanted to "reignite the promise of America."

"The answer will not come from Washington. It will come only from the men and women across this country: from people of faith, lovers of liberty, from people who respect the Constitution," he said.

The Canadian-born son of a Cuban immigrant and an American mother, Cruz, 44, would be the first Hispanic in the White House if he won the November 2016 election.

He has considerable appeal among the Republican Party's base of conservative and small-government, low-tax tea party voters. After his election to the Senate in 2012, the former Texas solicitor general quickly established himself as an uncompromising conservative willing to take on Democrats and fellow Republicans alike.

Criticized by members of his own party at times, he won praise from ultraconservative tea party activists in 2013 for leading a 16-day government shutdown in an unsuccessful drive to repeal President Barack Obama's health care overhaul.

Recent Republican history, however, could work against Cruz and other deeply conservative candidates as they battle through state-by-state primaries and caucuses. That selection process is dominated by the most conservative Republican voters and can lead to the nomination of a candidate who is not acceptable to more moderate Republicans and independent voters.

Cruz is set to release a book this summer that he has said would reflect themes of his White House campaign. In a recent Associated Press interview, he said he wants to counter the "caricatures" of the right as "stupid," "evil" or "crazy."

"The image created in the mainstream media does not comply with the facts," said Cruz, who does not believe in climate change.

The senator was born in Calgary, but two lawyers who represented presidents from both parties at the Supreme Court recently wrote in the Harvard Law Review that Cruz meets the constitutional requirement to run.

Cruz had hinted openly at his interest in seeking the White House for months, and his intention to jump into the race was confirmed Sunday by a strategist for the first-term senator, who spoke to The Associated Press on condition of anonymity so as not to preclude the formal announcement.

Cruz continues to be a leading voice for repeal of the Affordable Care Act, widely known as Obamacare. He promises to abolish the tax-collecting Internal Revenue Service, scrap the Education Department and curtail federal regulators, likening them to locusts.

He also is a staunch social conservative who opposes both gay marriage and abortion rights. His father, Rafael, is an outspoken evangelical pastor.

On foreign policy, Cruz was among 47 Republican senators who signed a letter to Iran's supreme leader warning that any nuclear deal that is struck with the Obama administration and five other world powers could become null and void after the 2016 election when the current president leaves the White House. Cruz is a strong backer of Israel.

He also is opposed to Obama's executive action to ease deportations of millions of immigrants in the country illegally and to the White House opening to communist Cuba, his father's homeland. 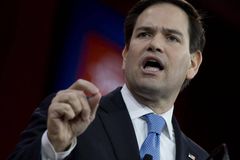 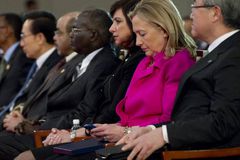