Police in Rio de Janeiro are investigating a case of sexual assault after a girl was reportedly raped by more than 30 men and then two of them posted pictures and video of the attack on Twitter.

In one tweet, a man whose screen profile identified him as Michel in Rio posted a video of the 16-year-old naked and appearing to regain consciousness, with the words, "Pounded the girl – get it? Hahaha." A second man, with the name Juninho, tweeted a picture of his face next to the woman's genitalia with the caption, "Rio state opens a new tunnel for the speed train."

Police have issued warrants for the arrests of four men, including the girl's 19-year-old boyfriend. He and another man, who is 41, are facing charges of rape, while two other men face charges for the distribution of images of the attacks on social networks, police said.

The state Public Prosecutor's Office in Rio said it received more than 800 complaints to a hotline after the tweet was posted early Wednesday, and has asked that the public call only if there is new information to add. The Twitter accounts have been suspended but the video continues to circulate here.

Before the accounts were suspended, the tweets racked up more than 550 likes and a deluge of replies with smiley faces and thumbs-up. Commenters using vulgar language celebrated the damage apparently inflicted on the girl's genitalia and said she had no doubt "been asking for it."

"Women worldwide take their own lives when they find themselves in such circumstances, because they fear the same impunity that allows their perpetrators to defame them on social media," said the Sao Paulo feminist advocacy organization Think Olga in a statement on the attack.

"This absurd violation of their privacy is comparable in severity to the crime itself, because it multiplies thousands of times with every view, every click."

The rape occurred against a larger backdrop of what activists are calling an enabling environment in Brazil.

Hours before news of this case broke, the Brazilian Education Minister Mendonca Filho held a high-profile meeting with Alexandre Frota, an actor and reality television star who has repeatedly said he would have no qualms about having sex with a woman who did not consent.

Late last year, Jair Bolsonaro, a member of the lower house of Congress, was ordered by a court to pay the equivalent of $3,500 in damages to Maria do Rosario, another member, after he said during a debate in the house, "I wouldn't even rape you because you don't deserve it."

Mr. Bolsonaro's political reputation did not appear to suffer; an opinion poll recently found that he is the top choice for president of the wealthiest 5 per cent of Brazilians.

Rio will host the Olympics in less than three months. While overall rates of violent crime have been falling over the past decade, the past few months have seen a sharp deterioration in public security, as a heralded community policing effort in the city's favelas falls apart. The state's budget has collapsed alongside the price of the offshore oil on which it depends, and police have been hit with a massive cut in funding.

In the teenaged rape victim's statement to police, a copy of which was leaked to the media, the girl said she visited her boyfriend around 1 a.m. Saturday at his house in a favela in the west of the city. She says she remembers entering his house and being alone with him. Her next memory is from Sunday morning, when she woke up naked in another house in the same favela with 33 heavily armed men. She put on men's clothing she found in the room and caught a taxi home to her mother who paid for the fare as she had no money.

On Tuesday she was alerted to a video of her, naked and unconscious, circulating online, according to the statement.

As the case began to make news in Brazil on Thursday, there was a second wave of social-media response, with posters speculating about the racial origins of the perpetrators and calling for the return of the death penalty. Reporters thronged to the hospital where the victim was undergoing exams and to her family's home, and quoted distant relatives about her participation in favela dance parties known as baile funk, possible recreational drug use and the relationship with her boyfriend. Commenting on those articles, some readers made remarks such as, "If she had just stayed home, she'd be fine" – prompting Brazilian feminists in response to post a plethora of news stories about women who recently suffered assaults in their own homes. 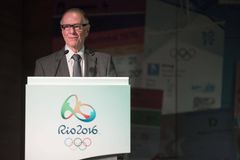