There is no shortage of bad news for the Rio Olympics – from political crisis to a full-blown health emergency. Now the killing of a jaguar used in a torch relay ceremony threatens to become the symbol of Brazil's troubled road to the Olympics

If ever there were a symbol of Brazil's tortuous road to the Summer Olympics, the killing of Juma the jaguar is it.

The Olympic torch ceremony in the Brazilian city of Manaus on Monday involved a torch-bearer posing near the chained jaguar – with the animal's army handlers holding on to the chains.

An athlete holds the Olympic torch by a jaguar, a symbol of Amazonia, during a ceremony in Manaus, northern Brazil, on Monday.

After the ceremony and photo shoot, Juma managed to escape her handlers. Soldiers pursued her in to the zoo area attached to the Jungle Warfare Instruction Center.

They used tranquillizer guns to subdue the wild animal when it reportedly tried to attack a soldier – and, when that failed, one of the soldiers put a bullet in Juma's head.

Her handlers swore she was a docile animal, while animal experts criticized the belief that a wild animal could somehow be domesticated. The local committee that agreed to the use of Juma at the ceremony apologized.

"We were wrong to allow the Olympic Torch, a symbol of peace and of the union among the peoples to be displayed alongside a wild animal in chains," the organizing committee said on Facebook.

The summer Olympics are still six weeks away, but the road to Rio has been plagued by political crisis, financial woes, environmental fears, worries over street crime and a full-blown health emergency. The killing of Juma the jaguar reads like the story of the run-up to the Rio Olympics: enthusiasm and good intentions upended by the unexpected and poor planning.

In this Jan. 27 photo, an Aedes aegypti mosquito is photographed through a microscope at the Fiocruz institute in Recife, Brazil.

There is growing concern among athletes preparing to travel to Brazil for the Summer Olympics over the Zika virus. The Olympics begin August 5.

On Wednesday, 27-year-old golfing great Rory McIlroy announced that he would not be taking part in the games. Golf is making a return to the Olympics in 2016, and Mr. McIlroy, who hails from Northern Ireland and has won four major golf tournaments, was set to compete for Ireland.

"Even though the risk of infection from the Zika virus is considered low, it is a risk nonetheless and a risk I am unwilling to take," he said. He is the highest-profile athlete to cite Zika as a reason for not travelling to Brazil, but there are others:

Athletes who have expressed concern or are considering not going to the games:

The International Olympic Committee says it has "total confidence" that the Rio Olympics will be safe for athletes. The threat is greatest for pregnant women and women planning to get pregnant; the virus has been linked to brain defects in newborns.

Infectious disease experts say that mosquito repellent and steps to use clothing to cover exposed skin reduce the risk of an infection.

The 2016 Summer Olympics park is seen under construction in this aerial photograph taken above the Barra da Tijuca area of Rio de Janeiro. Brazil’s federal government has agreed to provide emergency funding to Rio de Janeiro state after the host of this year’s summer Olympics declared an emergency as it runs short of cash weeks before the start of the games.

Brazil is in the middle of an economic recession that is squeezing the country's ability to meet the costs of the summer games. The economy shrank 5.4 per cent in the first quarter of the year.

Earlier this month, the state of Rio de Janeiro declared a state of emergency over its lack of funds – a fact largely driven by a drop in oil prices.

The central government has said it will transfer $849-million (U.S.) in emergency funding in an effort to help the state meet its infrastructure and public safety commitments.

But there is some hope: much of the construction of arenas and stadiums falls on the city of Rio de Janeiro, which says that its projects are on track and that the Olympics will take place on schedule.

Dilma Rousseff’s suggestion comes as an increasing number of senators say they have not decided how they will vote in the trial.

On top of Brazil's financial woes, there is the ongoing saga of an impeachment process that could permanently remove Dilma Rousseff from the office of the president.

She was suspended in May when Brazil's senate decided to open impeachment proceedings. She is accused of breaking budget accounting rules during her candidacy.

There is no guarantee that the hearings will conclude before start of the Olympic games. If they do, Ms. Rousseff would face a senate vote. If two-thirds of senators support impeachment, Ms. Rousseff would not be allowed to serve the balance of her term until the 2018 elections.

Interim President Michel Temer is widely unpopular. In recent weeks, Ms. Rousseff has said that if she is reinstated she would call a referendum on holding early elections.

Richard Weinberger of Canada takes part in the international marathon swimming event in Copacabana in Rio de Janeiro, Brazil, last summer. Triathletes will be swimming the polluted waters at the Olympics this summer.

There is no other way to put it: There is a lot of human poop in the waters that will host boating and triathlon events at the Rio games.

An analysis by the Associated Press a year ago showed viruses present in Rio's waterways were 1.7 million times higher than what would be considered dangerous on North American and European beaches.

The risk to triathletes and other competitors entering the water was significant: severe vomiting and diarrhea, and in some extreme cases, heart and brain disease.

Government authorities have committed to cleaning up the problem in the time for the games. But experts do not believe the problem will be entirely eliminated. The main reason: 55 rivers drain into the bay and a majority of those rivers function as a sanitation system for many city residents.

Australia’s Liesl Tesch, right, attempting to block a shot from Brazil’s Cleonete Reis in their women’s wheelchair basketball match during the 2008 Beijing Paralympic Games. Ms. Tesch and her physiotherapist Sarah Ross were robbed at gunpoint in Rio de Janeiro this month.

A big part of the host country's duty to visiting Olympic athletes and delegates will be to ensure their safety. There will be a significant increase in police presence in the run-up and during the games. About 85,000 police will be deployed to protect athletes and visitors.

But one athlete – Australian sailor and wheelchair basketball player Liesl Tesch – learned the hard way last weekend that street crime is a chronic problem in the host city.

I was robbed of my bike at gunpoint at the local bus stop Stay safe! in Rio! All safe.@AusSailingTeam @AUSParalympics

Other athletes training in Brazil ahead of the games have had similar experiences. Fernando Echavarri, Spain's Olympic gold-medal-winning sailor, was held at gunpoint in May.

"This is not an isolated incident, athletes have been mugged while training or competing in Rio test events and we want our athletes protected," Australia Olympic team leader Kitty Chiller told reporters.

"We have briefed our athletes leading into the Games. Basically, we are saying that if you are confronted by criminals, comply, hand over your belongings and don't argue. That is exactly what the two Paralympians did on Sunday," she added.

With reports from AP, Reuters and Stephanie Nolen

The Olympic torch: journey through Brazil

Dessana indigenous shaman Raimundo Dessana holds the Olympic torch during a ritual at the Tupe Reservation in the outskirts of Manaus, Brazil on Monday.

Resident Davi Souza gives a fish to a pink river dolphin as he takes part in the Olympic flame torch relay at Solimoes River in Iranduba city, Brazil, on Monday.

Euler Ribeiro Filho, carries the Olympic torch upon arrival in Manaus in front of the Amazon Theatre.

MORE READING: THE GLOBE IN BRAZIL 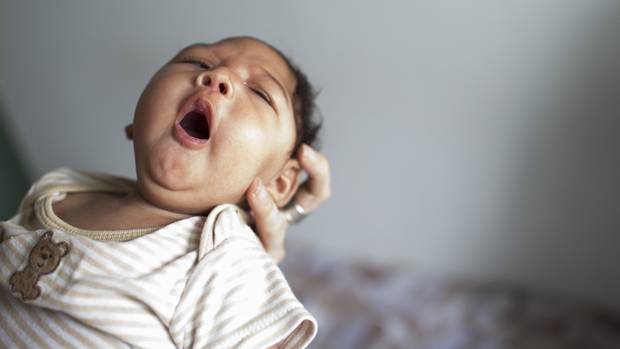 As the virus ravages Brazil, leaving at least 580 babies with devastated brains, researchers are painstakingly trying to unspool a medical mystery that some say is reminiscent of the early study of the AIDS virus. And as they discover more, the picture becomes increasingly alarming.