In a major foreign policy address in Jerusalem, Republican presidential candidate Mitt Romney staked his claim to the pro-Israel vote in the November election with a tough warning to Iran and a hint that as president, he would support an Israeli military strike to stop that country acquiring nuclear weapons.

"No option should be excluded," Mr. Romney said on Sunday. "We recognize Israel's right to defend itself and it is right for America to stand with you."

Mr. Romney also promised as president not to join critics of Israel, as Mr. Obama has on some issues. And he directly challenged White House policy by declaring Jerusalem "the capital of Israel."

Mr. Romney's message, delivered against the symbolic backdrop of the Old City of Jerusalem, ruled by Israel since 1967 and still disputed, was directed not at his Israeli hosts but at voters back home, designed to attract the tiny Jewish vote in swing states like Florida and Ohio. Mr. Obama made a similar trip to Israel as a candidate almost exactly four years ago, but has not returned as president.

Mr. Romney was hoping to duplicate the effect when the then-Democratic hopeful won the hearts of Israelis and their U.S. supporters by standing in shirtsleeves before a stack of exploded rockets in the bomb-scarred town of Sderot near Gaza to declare support for Israel's right to defend itself against Palestinian attacks.

Since becoming president, Mr. Obama has been perceived as leaning away from Israel in an attempt to forge new relations between the United States and the Arab and Muslim world.

"Obama is considered a hostile president who supports the Arab side, while Romney is a 'friend' and even more," noted Shimon Shiffer, diplomatic analyst for the Yedioth Ahronoth daily.

Mr. Romney wants to demonstrate that he will be a better friend to the Israelis and he hopes that will win him support among pro-Israeli Jewish and Christian evangelical voters back home.

Tracking polls published last week by both Gallup and Rasmussen showed him steadily gaining on Mr. Obama's slim lead, but a Gallup poll showed Mr. Obama's Jewish support steady at around 68 per cent.

Following Mr. Romney's Olympics debacle in London on the first leg of his foreign tour, Sunday's visit was less about diplomacy than damage control. "As a direct result of his hapless British sojourn, Romney's visit to Israel has assumed critical importance, but its main objective has changed: This is no longer about campaigning for American Jewish votes or bolstering Evangelical support; Romney's main effort is now aimed at preventing any further mishaps that might cause the Republican candidate irreparable harm," wrote Chemi Shalev in Haaretz.

However, the trip ran into trouble even before it began. Mr. Romney arrived on Tisha B'Av, a solemn day of fasting and mourning that recalls the destruction of the Temple and other disasters. Invitations to a $50,000-a-plate fundraising dinner on Sunday night – the first time a U.S. presidential candidate has held such an event in Israel – were hurriedly switched for an early-morning breakfast on Monday morning. But the gaffes continued. Mr. Romney went ahead with a photo-call at the Western Wall, site of the ancient Temple, with an entourage of media and security guards marching through the mourning congregation. "Vulgar? Very," noted Atlantic columnist Jeffrey Goldberg.

David Ha'Ivri, a settler spokesman, said he was "very disappointed" at Mr. Romney's decision to visit the Western Wall with a throng of photographers on such a solemn day. "I can't figure out what Romney is doing in Israel on Tisha B'Av. We would like to help him but this is major disrespect," he said.

Undeterred, Mr. Romney declared he was pleased to be in Israel on the day of fasting, linking the ancient disaster marked by Tisha B'Av to modern violence and more recent threats against the Jewish people and Israel.

Without publicly criticizing Mr. Obama while abroad, Mr. Romney suggested that the president was not pushing hard enough on the Iranian nuclear issue. Unlike Mr. Obama, a senior aide explained that Mr. Romney would "respect" an Israeli decision to attack Iran in self-defence.

"When Iran's leaders deny the Holocaust or speak of wiping this nation off the map, only the naive – or worse – will dismiss it as an excess of rhetoric," Mr. Romney said in his foreign-policy address.

"It would be foolish not to take Iran's leaders at their word," he said. "We have a solemn duty and a moral imperative to deny Iran's leaders the means to follow through on their malevolent intentions."

"We must not delude ourselves into thinking that containment is an option," he said, adding that the United States should "employ any and all measures to dissuade the Iranian regime from its nuclear course."

He also obliquely challenged the Obama administration for its public rebukes to Israel, primarily over West Bank settlements.

"Standing by Israel does not mean by military and intelligence cooperation alone," said Mr. Romney. "We cannot stand silent as those who seek to undermine Israel voice their criticisms, and we certainly should not join in that criticism. Diplomatic distance in public between our nations emboldens our adversaries."

"True friends, as Israel and United States are, tell each other the truth and don't pretend there are no disagreements, as I'm sure Mr. Romney will do if he gets elected," said Ms. Galon, who was not invited to meet Mr. Romney.

Meanwhile, the Palestinians and wider Arab world are unimpressed by Mr. Romney's close ties to Mr. Netanyahu and the backing they share from casino billionaire Sheldon Adelson, who has pledged $100-million to the Romney campaign and finances a free national daily newspaper in Israel that extols the virtues of the Netanyahu government.

This is also the holy Muslim month of Ramadan. In 2008, Mr. Obama made the symbolic journey to Ramallah, the effective Palestinian capital, to meet president Mahmoud Abbas. Yesterday, the only Palestinian on Mr. Romney's schedule was the pro-Western prime minister Salam Fayyad, who was summoned to meet the candidate under Israeli sovereignty in Jerusalem. 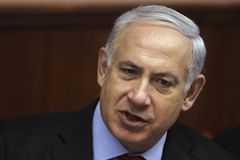 In London, Romney faces an Olympic marathon of errors
July 26, 2012 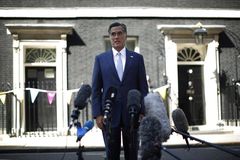