After placing third in the Iowa caucuses, Florida Senator Marco Rubio is racing to consolidate support among mainstream Republicans and become the alternative presidential candidate to Donald Trump and Texas Senator Ted Cruz.

Mr. Rubio said he could unite the Republican Party, whose warring factions have been on public display in the race for president. Mr. Trump and Mr. Cruz have alienated large swaths of the U.S. electorate with anti-immigrant rhetoric that mainstream Republicans believe could threaten the future of their party.

Iowa's results showed that Mr. Rubio has broad appeal among conservatives and moderates. He almost tied with Mr. Trump's 24-per-cent support and trailed Mr. Cruz by only five percentage points. Now, he has much needed momentum for the second election contest, in New Hampshire next week.

Mr. Rubio has the "best chance to unite the party and win," said Douglas Gross, a long-time party operative who backed the senator in Iowa.

Donations from the Republican establishment have already started flowing to Mr. Rubio. Government filings show that he raised $14.2-million (U.S.) in the last quarter of 2015, nearly triple the amount collected in the third quarter and double the amount raised by former Florida governor Jeb Bush, who used to be the favoured establishment candidate.

"Rubio is raising more each month as his prospects become clearer," said Anthony Corrado, a professor at Colby College in Maine who specializes in campaign finance. "If he is seen as the No. 3 candidate with Trump and Cruz, he will see a surge in fundraising," he said.

More striking are the outside fundraising groups known as super PACs (political action committees). The pro-Bush PAC raised $15.1-million in the second half of last year, significantly less than the $103.2-million raised in the first half of the year.

Mr. Bush, the brother and son of two former presidents, and the other mainstream Republicans, New Jersey Governor Chris Christie and Ohio Governor John Kasich, each garnered less than 3 per cent of the vote in Iowa. But in New Hampshire polls, Mr. Rubio trails Mr. Bush and Mr. Kasich.

"The biggest challenge for Rubio is to unite the more establishment-leaning Republicans behind him. He has six days to do it," said Ford O'Connell, a Republican strategist.

The son of Cuban immigrants, the 44-year-old Mr. Rubio has been a rising star in the Republican Party. He served as a state lawmaker before riding the conservative Tea Party wave to win a coveted seat in the Senate in 2010.

He has been viewed as someone who could appeal to key constituents: conservatives, moderates, younger Republicans and the Hispanic community, a fast-growing group in the must-win states of Florida, Nevada and Colorado.

But Mr. Trump's comments that Mexican immigrants are rapists and killers has damaged the GOP's standing with Hispanics. "The Republican Party is seen as so toxic in the eyes of Latinos," said Ali Noorani, executive director with the National Immigration Forum.

In addition, Mr. Rubio has struggled with his Tea Party base after fights to overturn President Barack Obama's health-care law and other liberal causes went nowhere. "We gave them power and they have wasted a lot of it," said Aileen Milton, president of the Villages Tea Party, which represents a large retirement community in Florida.

Mr. Rubio has also been hurt by the immigration bill he co-wrote with Democrats in 2013. That legislation would have given the millions of undocumented immigrants living in the United States a way to become U.S. citizens.

Conservatives viewed him as acquiescing to the Democrats by granting amnesty to those living in the United States illegally, most of whom are Hispanic.

Mr. Rubio has since distanced himself from the legislation and changed his tune, saying the U.S. border with Mexico must be secured before dealing with the undocumented immigrants.

"As he has begun his campaign, we made it clear how important securing the southern border is," said Tim Curtis, chairman of a Florida Tea Party group called the Tampa 912 Project. "Senator Rubio has made it clear that is the top priority. … We agree with him much more now," he said. 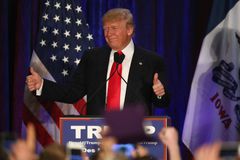 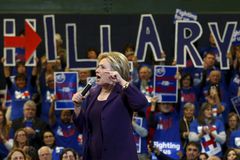 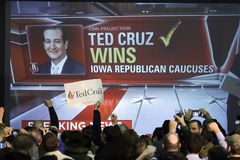