The State Duma overwhelmingly backed a bill which also would outlaw U.S.-funded "non-profit organisations that engage in political activity", extending what critics say is a clampdown on Mr. Putin's opponents since he returned to the presidency in May.

The bill responds to a new U.S. law known as the Magnitsky Act, passed by the U.S. Congress to impose visa bans and asset freezes on Russian officials accused of involvement in the death in custody of anti-corruption lawyer Sergei Magnitsky in 2009.

Washington's ambassador to Moscow, Michael McFaul, said the Russian bill unfairly "linked the fate of orphaned children to unrelated political issues," while the U.S. State Department rejected any parallels with the Magnitsky Act.

Mr. Putin hinted at a news conference on Thursday that he would sign the bill into law once the Senate votes on it next week, describing it as an emotional but appropriate response to an unfriendly move by the United States.

"It is a myth that all children who land in American families are happy and surrounded by love," Olga Batalina, a deputy with Putin's ruling United Russia party, said in defence of the new measures.

In a pointed echo of the Magnitsky Act, the Russian legislation has become known as the Dima Yakovlev law, after a Russian-born toddler who died after his American adoptive father left him locked in a sweltering car.

The bill has outraged Russian liberals who say children are being made victims of politics. Some government officials, including Foreign Minister Sergei Lavrov, have expressed reservations about the legislation.

"Children should not be a bargaining chip in international affairs," said Mikhail Fedotov, the head of the Kremlin's human rights council.

Speaking in Washington, State Department spokesman Patrick Ventrell said the United States is ready to work with Russia on any concerns over adoptions, but rejected any comparisons between the Magnitsky Act and the Russian legislation.

"It's hard to imagine a reciprocal situation," Mr. Ventrell said. "It's Russian children who will be harmed by this measure."

Last year, 962 Russian children from orphanages were adopted by Americans. More than 45,000 have found homes in the United States since the 1991 collapse of the Soviet Union. Their parents are either dead or unable to care for them and some have complex medical needs.

Meanwhile, the United States and Russia formally informed the World Trade Organisation in Geneva on Friday that they would apply the WTO agreement between each other.

Russia joined the WTO in August, but the two countries have not had full WTO relations because the U.S. Congress needed to pass a bill first to establish "permanent normal trade relations." It did that as part of the Magnitsky legislation.

The Duma debate on adoption was peppered with patriotic rhetoric reminiscent of the Cold War. Deputies described foreign adoptions as an embarrassment, implying Russia could not care for its own.

The proposal was backed by 420 deputies and opposed by only seven in the 450-seat chamber. Its easy passage reflected a growing conservatism since Putin's return to the presidency.

The provision targeting non-governmental organisations, or NGOs, has also upset international human rights groups, which accuse Putin of clamping down on civil society and dissent in his new six-year term as president following the biggest protests of his 13-year domination of Russian politics.

"There is a huge risk that the vaguely worded provisions in this bill will be used to clamp down on government critics and exposers of abuses," said John Dalhuisen, Europe and Central Asia Programme Director at Amnesty International.

Some prominent NGOs will be threatened with closure as the bill bans U.S.-sponsored political NGOs from working in Russia. Russians who also hold U.S. passports will be unable to lead such groups.

Putin has accused the United States of stoking protest against him and Russia ordered the U.S. Agency for International Development (USAID) to halt its work in the country in October.

Russian officials say they fear foreign powers will use non-profit groups to bring about the type of street protests that toppled governments in Georgia and Ukraine. 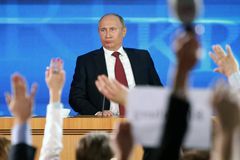 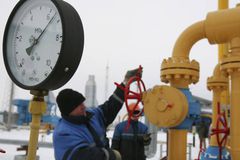