After six months of waiting and hoping – and despite the signing of a ballyhooed ceasefire deal last month – Alexander Ossichenko finally gave up last week on peace coming any time soon to southeastern Ukraine.

He had endured the war since it began in April, often sitting with his 10-year-old grandson and trying together to guess what kind of weaponry was being fired in and out of their hometown of Yenakieve, near the battle-scarred city of Donetsk. The young boy had learned to distinguish the whistle of incoming Grad rockets from the boom of outgoing howitzer shells.

Mr. Ossichenko stayed as long as he did because he believed that the war between the Ukrainian army and the Russian-backed rebels that control Yenakieve must soon come to an end. But the shells continued to fly over his home, even after the warring sides agreed to a ceasefire on Sept. 5.

So last Wednesday, Mr. Ossichenko, who operated an excavator machine at mines and construction sites before the war, paid a minibus driver 500 hryvnia (about $43) to drive him to the border in hopes of finding a job, a new home and a new life in Russia. Once he's done that, the 57-year-old says he'll try and convince his son, daughter-in-law and grandson to desert their home and follow him east.

"There was no ceasefire. Never. They kept shooting before and after. The [Ukrainian] National Guard is currently in the next town, Debaltsevo. That makes Yenakieve the front line," the burly Mr. Ossichenko said hours after crossing into Russia, where he was directed to a children's camp that's been converted to a refugee receiving centre in this tiny town on the coast of the Azov Sea.

He and four others who travelled with him from Yenakieve to Primorka are among a tide of Russian-speaking Ukrainians fleeing the fighting in the Donetsk and Lugansk regions of Ukraine. The six-month old war has killed upwards of 3,600 people – including 330 since the signing of the ceasefire early last month – and caused hundreds of thousands to flee their homes.

The exact number of Ukrainians who have escaped to Russia is difficult to pinpoint, because many Ukrainians regularly go back and forth between the two countries, and many have relatives they can stay with without registering with official Russian agencies. The Russian government says upwards of 800,000 Ukrainians have arrived in Russia since the fighting began in April, a figure that human-rights groups worry has been inflated – by including non-refugee travellers – to cast the Ukrainian government in a negative light.

"When they say they have 800,000 to one million [refugees], I do not believe them. There's just no proof of those numbers, and they have political reasons to paint Ukraine as a horrible country whose citizens are fleeing," said Svetlana Gannushkina, a veteran Russian human rights activist who heads a non-government organization called Citizens' Assistance that has been tracking the refugee influx.

Ms. Gannushkina says a more trustworthy figure is 190,000 – the number of Ukrainians that the Federal Migration Service identify as having applied for temporary asylum and residence in Russia. (Several hundred thousand others have also fled Donetsk and Lugansk to other parts of Ukraine.)

Sergei Tyurin, a spokesman for the Rostov regional government, said it is currently hosting 45,000 Ukrainian refugees, including 1,000 living in temporary settlements like Pioneer Camp. Tens of thousands more who arrived during the summer months have been relocated to other regions of Russia.

Mr. Tyurin said traffic across the border – once all one direction, with up to 14,000 people a day fleeing Ukraine – is now more balanced, with the ongoing outflow roughly matched by those returning home to test the ceasefire.

Most of those who arrive at the Pioneer Camp are proud supporters of the rebels who are trying to establish what they call an independent Novorossiya, or New Russia, in southeastern Ukraine. There is evidence that the insurgents have received direct assistance from the Russian military – intervention that forced Kiev to seek the current ceasefire – though Moscow says only Russian "volunteers" are fighting inside Ukraine.

Mr. Ossichenko says he tried to join the separatist militia but was rejected because of his age. Like the others staying at the Pioneer Camp, he accused the Ukrainian army of recklessly shelling civilian areas during the fighting, and profusely thanked Russian President Vladimir Putin for his support of the rebel cause.

Yenakieve, once home to more than 80,000 people, was almost empty now, he said. The mines and factories that provided residents with jobs have closed, and fresh food has become scarce and expensive. "I lived in a building with 16 apartments in it. When I left, there were just four of us still living there. Now there are three. … We kept waiting and waiting, always thinking it was going to end. But it doesn't look like it's going to end. I should have left sooner."

What's clear is that the ceasefire, which was supposed to create a 15-kilometre buffer zone between the warring sides, hasn't brought peace to the region. The train station in the southern Russian city of Rostov-on-Don is crowded each night with Ukrainian refugees awaiting trains that would take them further east, to cities like Volgograd, Perm and Irkutsk that are thousands of kilometres deeper into Russia, and further from their old lives.

In boarding those trains, the refugees were committing themselves to longer-term stays in Russia, and turning their back on the hope of returning to their old homes in Donetsk and Lugansk any time soon.

Mr. Ossichenko said he was headed just about as far from Yenakieve and Ukraine as he could get. "I will go to Siberia, to Irkutsk," he said with a smile. "They have good hunting and fishing there and better pay. I will get a big excavator machine and continue my profession."

His plan is vaguely outlined, but more developed than many. As a train heading 11 hours east to the central Russian city of Volgograd prepared to leave Rostov-on-Don on Thursday night, a 20-year-old named Igor stood on the platform, sweating profusely and taking deep drags on a cigarette.

His older sister and his infant niece were already on board the train. The three of them had fled Yenakieve that morning after finally cobbling together enough cash to afford the drive to the border and the onward train tickets onwards. They had never been to Volgograd before. They had distant relatives in the city they'd never met but who had promised to help.

All they had with them were three bags stuffed with warm clothes and baby food.

"I don't know what's in Volgograd," Igor admitted as he smoked beside the waiting train. He said he was afraid to give his family name. "We were always running from something in Yenakieve, and now we're still running."

Finland urges mending of relations between Russia and the West
October 12, 2014 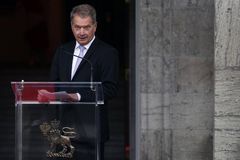 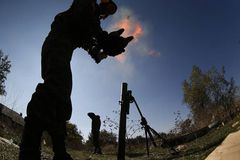 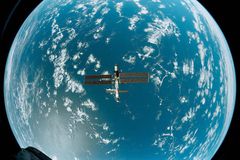