Rwanda's Defence Minister is commanding a rebellion in eastern Democratic Republic of Congo that is being armed by Rwanda and Uganda, which also sent troops to aid the insurgency in a deadly attack on UN peacekeepers, according to a UN report.

The UN Security Council's Group of Experts said in a confidential report that Rwanda and Uganda, despite their denials, continued to support M23 rebels in their six-month fight against Congolese government troops.

The 44-page report, seen by Reuters on Tuesday, said M23 has expanded territory under its control, stepped up recruitment of child soldiers and summarily executed recruits and prisoners.

"The Government of Rwanda continues to violate the [UN] arms embargo through direct military support to M23 rebels, facilitation of recruitment, encouragement and facilitation of FARDC [Congolese army] desertions as well as the provision of arms and ammunition, intelligence, and political advice," said the report, which was seen in full by Reuters.

Uganda and Rwanda have denied the allegations.

"M23's de facto chain of command includes General Bosco Ntaganda and culminates with the Rwandan Minister of Defence General James Kabarebe," said the experts, who monitor compliance with UN sanctions and an arms embargo on the Congo.

Mr. Ntaganda, a former Congolese army general who has been nicknamed "Terminator," is wanted by the International Criminal Court in The Hague for war crimes, including the recruitment of child soldiers.

Nearly half a million people have been displaced due to the fighting between M23 and the Congolese army. M23 has proven so resilient that one senior UN diplomatic source told Reuters privately that Rwanda has effectively "annexed" mineral-rich eastern Congo thanks to the rebel force.

The rebellion also is being funded by traders in Rwanda who are profiting from tin, tungsten and tantalum smuggled across the border from mines in the eastern DRC, according to the report.

Rwanda has backed armed movements in the neighbouring DRC during the past two decades, citing a need to tackle Rwandan rebels operating out of Congo's eastern hills.

The experts, whose report was delivered earlier this month to the Security Council's Congo sanctions committee, also accused Uganda of providing vital support to the rebels.

The experts said that units of the Ugandan and Rwandan armies "jointly supported M23 in a series of attacks in July 2012 to take over the major towns in Rutshuru Territory, and the [Congolese army] base of Rumangabo."

"Where's the evidence for their claims? Some of those so-called experts came here and did not interview anyone," he said. "Where's their authentic facts to back those claims? Those accusations are absolute rubbish, hogwash."

Olivier Nduhungirehe, senior Rwandan diplomat at the country's UN mission, had a similar denial, which he sent to Reuters on Sunday. He said the experts have been "allowed to pursue a political agenda that has nothing to do with getting at the true causes of conflict in the eastern DRC."

The Group of Experts said that it has corroborated its findings on Rwanda's involvement with multiple intelligence sources.

The report said the Rwandans have stepped up recruitment for M23, which had around 1,250 soldiers in Rwanda.

"The main targets for recruitment are Rwandan demobilized soldiers and civilians, as well as Congolese refugees. … The use and recruitment of child soldiers by armed groups, notably by M23, has increased," the report added.

"M23 uses boys on the frontlines as cover for advancing units, often after a week of training. Others act as porters, intelligence operatives and bodyguards. The rebels use young girls as cooks and as commanders' wives." 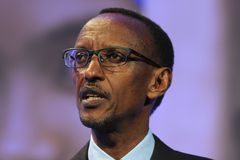 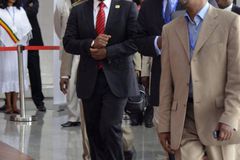