The United States has warned a former Rwandan military officer that his life is in danger after he gave evidence to The Globe and Mail about the Rwandan government's alleged efforts to assassinate dissidents who had fled abroad.

The former officer, Robert Higiro, provided audio recordings and other evidence for a Globe and Mail investigation into the Rwandan government's involvement in attacks and planned attacks on exiled Rwandan dissidents around the world.

Mr. Higiro was living in Belgium at the time of the investigation, but the U.S. State Department has advised him to leave Belgium for his own safety, according to the chairman of a U.S. congressional subcommittee that has been investigating his allegations. His current location is now being kept secret.

"The State Department has not only found the allegations to be credible, but warned Major Higiro to leave Belgium, where his life was in danger," said U.S. Representative Chris Smith, a senior member of the House Foreign Affairs Committee.

Mr. Smith is chairman of a subcommittee that heard testimony from Mr. Higiro in May, several months after the Globe and Mail report was published. He followed up with more questions about the case last month during testimony by senior State Department officials.

"When Rwandan Major Robert Higiro testified, we had vetted him very, very carefully, and I know we asked the State Department to review his evidence, which seemed very compelling," Mr. Smith told the officials. "And my understanding is very clearly that you found it to be credible."

Linda Thomas-Greenfield, the assistant secretary of state for African affairs, said the U.S. government has been raising the issue "at every level" with the Rwandan government.

"In all of our engagements with the Rwandan government and president, we have raised our concerns about human-rights violations, about reports and allegations of extra-judicial killings, about disappearances," she told the subcommittee.

"They have denied their involvement in all of these cases, but we have been clear in our messaging that this will have a real deep impact on our future engagement with the Rwandans."

Ms. Thomas-Greenfield said the country's social and economic progress has been impressive, but "that amazing legacy will be destroyed" if the government fails to respect human rights.

In an interview from an undisclosed location, Mr. Higiro said the Rwandan government has already approached gangs in Europe to try to kill him. "They want to take me out at any cost," he said.

He said he welcomes the public statements by the U.S. officials about the threats to his life. "It's good that they're making Rwanda accountable. It shows how seriously they are taking this."

After reviewing the Globe and Mail report earlier this year, Mr. Smith called for a full investigation by an international team, under the authority of the United Nations or African Union, with "unfettered access" to Rwandan government officials and documents.

Mr. Higiro and other Rwandan exiles gave detailed accounts of being recruited to assassinate critics of Rwandan President Paul Kagame. The audio recordings provided by Mr. Higiro were telephone conversations in 2011 between him and Mr. Kagame's military-intelligence director, Colonel Dan Munyuza, in which Col. Munyuza allegedly offered $1-million (U.S.) to hire contract killers to assassinate two high-profile Rwandan dissidents in South Africa. One of the dissidents was strangled to death in a Johannesburg hotel room last year, while the other has survived repeated attacks.

The U.S. warning to Mr. Higiro about the threat to his life in Belgium is part of a larger pattern of threats against Mr. Kagame's critics in the same country. Early last year, eight Belgian police officers were deployed to guard the home of a former Rwandan prime minister, Faustin Twagiramungu, who has become a dissident and opponent of Mr. Kagame. He said Belgian police and state security officers had warned him that his life was in danger.

Judi Rever, a Canadian freelance journalist and co-author of the Globe and Mail investigative report last year, was given 24-hour protection by Belgian security officials for a week when she visited Brussels for research last year. The protection included an armoured car and two armed bodyguards, including one who searched her hotel room each time she entered. She said the officials told her the Belgian government had received credible information that the Rwandan embassy in Brussels posed a threat to her.

Western governments, including the United States and Canada, have been long-time supporters of Mr. Kagame, but this month the U.S. State Department urged Mr. Kagame to step down at the end of his current term in 2017, rather than seeking another term as he appears likely to do.

The State Department expressed "great concern" over a Rwandan parliamentary move to change the constitution to allow Mr. Kagame to seek another term. 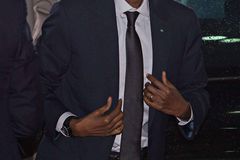 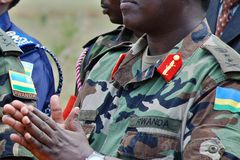