The leaders of France and Germany stood side by side and proclaimed in the same blustery tone that they will lay down the law for Europe to restore the viability of the euro.

It was a decisive show of force and long-awaited compromise for the continent's odd couple. But the pronouncement by German Chancellor Angela Merkel and French President Nicolas Sarkozy sent another message as well.

If the other 25 members of the European Union balk at their plan, the two leaders said, they will push for a new distinct treaty to govern just the 17 countries in the euro zone.

It was the clearest signal since European integration began more than 60 years ago that the core members are ready to see it devolve into a collection of separate parts, treaties and interests.

Their plan to salvage their common currency would penalize governments that do not rein in their debt and deficits. Ideally, all countries in the union would buy in to the fiscal controls "so that no one feels excluded from our program," Mr. Sarkozy said.

But if the 10 EU countries that still use their own national currency do not agree to join a fiscal union and adhere to its rules, he added, France and Germany would push for a new treaty just for the euro-zone countries.

A separate agreement just for countries using the euro would be the worst possible scenario, according to leaders in some of the countries that have not adopted the euro.

"It is clearly in the interest of Denmark that the debt crisis is handled in unity by the European Union," Margrethe Vestager, the Danish Minister of Economy, told Reuters. "An intergovernmental agreement would instead tear the countries apart."

Even before the shape of the French-German plan was clear, British officials worried out loud about the impact of a separate fiscal union. Britain's Deputy Prime Minister, Nick Clegg, whose country has stayed out of the euro zone, warned last month that it would remake the EU from a community of common interests into a "club of clubs."

The Franco-German alliance has long been the glue that held the European Union together. But both countries have become impatient in recent years with what has become an increasingly unwieldy political setup and immovable bureaucracy.

The spectre of a two-tier or even three-tier union has long hovered over Europe. Member countries already can opt out of many EU rules and policies, as Britain has done repeatedly over the years in everything from agriculture to immigration.

The dramatic enlargement of the union – it grew from 17 to 27 members between 2004 and 2007 – intensified worries that the already fractious EU would fly off in different directions.

When the new countries were admitted, raising the number of official languages at the Brussels headquarters to 23 and requiring a complicated formula for weighted voting, there was talk of breaking out a more fleet-footed core group of perhaps six to oversee big policy questions.

That remained just talk, as have many of the great dreams of a federal Europe.

Efforts to create an integrated foreign and defence policy, as old as the EU itself, have never gelled into a reality. Instead the various countries follow sharply divergent diplomatic tracks.

Germany and France, in one of the more striking examples, refused to join Britain and a number of smaller countries in the American invasion of Iraq in 2003. More recently, only a handful of EU countries participated in the NATO-run air strikes and sea blockade of Libya this year. France and Britain joined up enthusiastically. Germany resolutely sat out the Libya campaign.

Now the French and German leaders have put the idea of a tiered compartmentalized Europe squarely on the table. Their united front, though, is no guarantee that others will follow.

The mere process of drawing up a new treaty for a European fiscal union is unpalatable for many European leaders.

Recent polls in several countries show deep public disenchantment with the euro and with the European Union. Some countries would be required by law or political pressure to put the treaty to a public vote with little assurance it would be approved.

Britain, for example, is not part of the euro zone. If a separate euro-zone regulatory scheme is adopted, it fears its financial sector could become less competitive. If the new budget-balancing rules are written to apply to all EU members, though, the British government would come under pressure to hold a referendum that could prove destabilizing and divisive.

European Council President Herman Van Rompuy, the chairman of the summit, is said to be working on alternate proposals for imposing tough budget-balancing rules but without resorting to a treaty change. 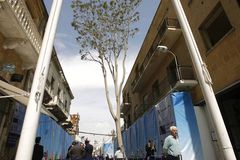 Why 'final chance' to save euro may end in another flop
December 5, 2011 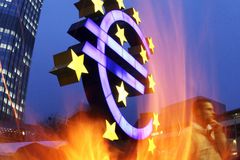 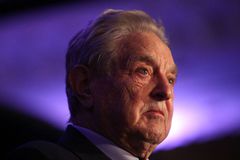