Huddled in a back room near a computer lab with 20 other students, McCrae Kittelman waited in absolute silence as a killer roamed the halls of his school.

"The scariest part to me was that nobody heard anything," said the second-year student at Umpqua Community College in southern Oregon, which on Thursday became the site of a bloody rampage. "So we didn't know if it was a professional with a suppressed weapon, or a low-calibre weapon."

Just after 10:30 on Thursday morning, a gunman opened fire at UCC, a community college near Roseburg, Ore., about 200 kilometres north of the California border. The rampage ended after the shooter was killed by police, leaving 10 people dead and at least seven injured.

The incident prompted President Barack Obama to denounce the "routine" in a country where the shocking has become common: A mass shooting happens in the United States, on average, once a week.

Authorities on Thursday identified the shooter as 26-year-old Chris Harper Mercer. A social media profile by the same name shows a so-called "northwestern heritage" supporter whose social circle consists of some white supremacists and pro-Confederate activists. The stories posted on the user's newsfeed indicate a preoccupation with government takeover conspiracies, including the recent "Jade Helm" military exercise in Texas, which became a lightning rod for anti-government activists.

The most recent entry on the timeline, dated earlier this month, was a link posted by one of the user's friends to an article titled, "Signs You Might Be Raising A Serial Killer."

The shooting once again underscored America's tortured relationship with firearms. Their proliferation has gone unchecked despite hundreds of mass shootings in the last several years. As he has done several times before during his time in office, Mr. Obama addressed the nation on Thursday in the wake of a deadly rampage.

"We are the only advanced country on Earth who sees these kinds of mass shootings every few months," the visibly frustrated President said.

"This has become routine: The reporting is routine; my response here at this podium ends up being routine … we've become numb to this."

The familiar signs of a school on lockdown were evident in Roseburg on Thursday afternoon. Police vehicles blocked off the road into campus about a mile outside the school, as a phalanx of reporters, first responders and students' family members assembled at a nearby fire hall to wait on news. Federal agents rushed from Portland and Seattle to the small town in southern, rural Oregon.

Throughout the day, school buses and volunteer taxicab drivers shuttled students out of the campus to relieved friends and family.

"Today was the saddest day in the history of the college," said UCC's interim president, Rita Cavin. "We have families waiting for the last bus to arrive with students on it and we have grief counsellors for those parents who have no children coming off that bus."

Dr. Cavin said the college was trying to arrange a vigil for Thursday night, but was having difficulty finding a location – the campus remains a crime scene.

Kortney Moore, 18, told the local News Review newspaper that she was in her writing class in Snyder Hall when a gunshot came through the window and struck her teacher in the head.

Ms. Moore said the gunman told people to get on the ground, then asked them to stand up and state their religion before he started shooting.

Students who were in school at the time of the shooting described in interviews not only the terrifying moments immediately after the rampage, but also the increasing normalcy with which a new generation of students and teachers have come to react to such killings.

"I was in my chemistry lab and shortly after 10, one of the teachers got a phone call and said there was an active shooter on campus," said Kayleen Holm, a UCC student.

"So we all went to the back of the chemistry room, which I guess is one of the safest places because there's no line of sight to the windows. We were there for about 20 minutes or half an hour before the officers came and told us lockdown was over."

This is, by some counts, the 45th mass shooting in the United States this year. Despite numerous cases in which such killings shocked the nation, Mr. Obama and his supporters have largely failed to enact even the most basic restrictions on assault rifles or other high-powered weapons. Indeed, past cases have often shown, after the worst mass shootings, gun sales often go up, not down.

"This is a political choice that we make, to allow this to happen every few months in America," Mr. Obama said. "We collectively are answerable to those families who lose their loved ones because of our inaction."

During his speech on Thursday, President Obama appeared more upset than at any point during his presidency – the sole exception being when he addressed the nation after the Sandy Hook Elementary School shooting in 2012. Twenty children and six adults were killed in that massacre.

Since Sandy Hook, there have been almost 1,000 mass shootings in America, in which more than 1,200 people died.

With reports from wires

Guns in America: While ownership falls, sales remain strong
March 12, 2015
A well-targeted message on guns from the PM
March 18, 2015 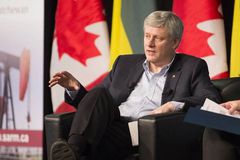