One of the medical breakthroughs that was just rewarded with a Nobel Prize had an unlikely genesis: It was discovered through a clandestine military project to help wartime North Vietnam, at a time of chaos and paranoia in China.

The Nobel committee announced on Monday that it had jointly awarded this year's Nobel Prize in medicine to Irish-born William Campbell of the United States, Satoshi Omura of Japan and Tu Youyou of China for their discoveries of drugs fighting parasitic tropical diseases.

Prof. Tu, an 84-year-old researcher at the China Academy of Chinese Medical Sciences, was commended for her role in identifying artemisinin, a powerful anti-malarial drug.

Her finding was part of Project 523, a massive secret initiative launched during the Vietnam War to help China's North Vietnamese allies. It also took place during China's Cultural Revolution, a time when scientists and other intellectuals could be arbitrarily exiled and forced to work on a farm.

"Because this work was considered a military secret, no communication about the research to the outside world was allowed, and in any case, during the tumult of the Cultural Revolution, publication in scientific journals was forbidden. For these reasons, no one outside of Project 523 knew about the work," Louis Miller and Xin-zhuan Su, two malaria researchers at the U.S. National Institutes of Health, wrote in 2011 in the journal Cell.

According to a profile in the New Scientist, Prof. Tu's husband had been banished to the countryside when she was asked to get involved in Project 523.

She had to leave her four-year-old daughter with a local nursery while she travelled to southern China to conduct her research. When she came home months later, her daughter didn't recognize her.

"The work was the top priority, so I was certainly willing to sacrifice my personal life," she told the New Scientist in the 2011 article, published after her work had been recognized by a Lasker-DeBakey award for clinical research.

After she received the Lasker, some researchers argued that other scientists in Project 523 also deserved credit. Those criticisms remain after Monday's Nobel announcement.

"Awarding the Nobel prize to Tu Youyou is a miscarriage of justice, as was the giving to her of the Lasker award," former malaria researcher Keith Arnold told The Globe and Mail.

He had been documenting and researching the use of artemisinin since 1979 and helped translate an account of Project 523 by its manager, Zhang Jianfang.

In an e-mail, Dr. Arnold said that although Prof. Tu was a contributor, at the least two other researchers involved in the project were more deserving: Luo Zheyuan and Li Guoqiao.

Dr. Miller and Dr. Su however argue that Prof. Tu should be recognized because she was the principal investigator.

Project 523 was ordered by then-chairman Mao Zedong and premier Zhou Enlai following a request from their North Vietnamese allies. The project got its name because the first meeting took place on May 23, 1967.

Prof. Tu, who had a degree in pharmacy but also studied traditional medicine, headed one of the research groups. She said her team investigated more than 2,000 Chinese herbal recipes and identified hundreds that had possible anti-malarial activities.

"Progress was not smooth, and no significant results emerged easily," she wrote in a 2011 article in the journal Nature Medicine.

Nevertheless, they found promising results when testing the extract of Artemisia annua, a plant with fern-like leaves commonly known as sweet wormwood.

They had trouble replicating the results until they found a reference to the plant in a fourth-century medical tome, Ge Hong's Handbook of Prescriptions for Emergencies, and deduced that they had to extract the active element at low temperatures.

In October, 1971, they had isolated the compound and found that it inhibited parasite growth in infected mice and monkeys. Now they had to test it on humans.

"During the Cultural Revolution, there were no practical ways to perform clinical trials of new drugs. So in order to help patients with malaria, my colleagues and I bravely volunteered to be the first people to take the extract," Prof. Tu wrote.

Source of Canada’s cyclospora outbreak likely to remain unknown
May 15, 2018 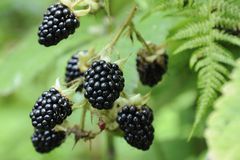