Scots have rejected independence from the United Kingdom, by a vote of 55.3 per cent to 44.7 per cent, in a referendum that was watched closely by the rest of Britain, its allies, investors and restive regions at home and abroad.

Here's what you need to know about what happens now. 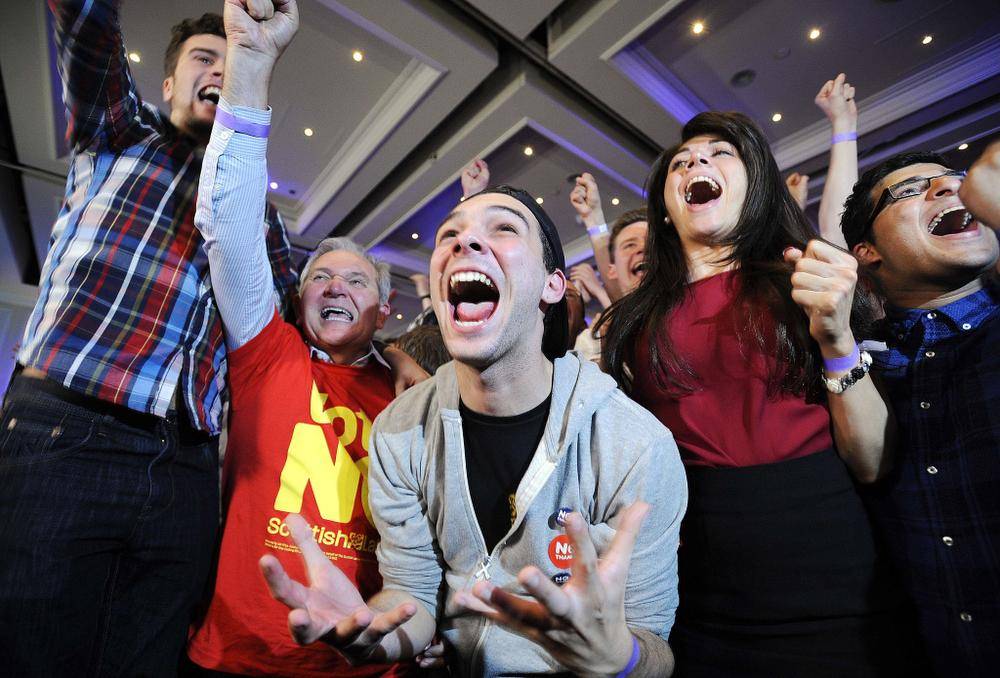 What does a No vote mean?

Scotland is still part of the United Kingdom, but there could still be negotiations and changes about Scotland's status within the union. British Finance Minister George Osborne had pledged to give the Scots more fiscal and budgetary autonomy and more control over welfare if they voted No.

What was the question?

Compared with the lengthy wordings of the 1980 and 1995 Quebec referendums, the Scottish ballot asked a straightforward question: “Should Scotland be an independent country?”

There was no minimum turnout or specified supermajority for the referendum. A simple majority (50 per cent plus 1) wins. 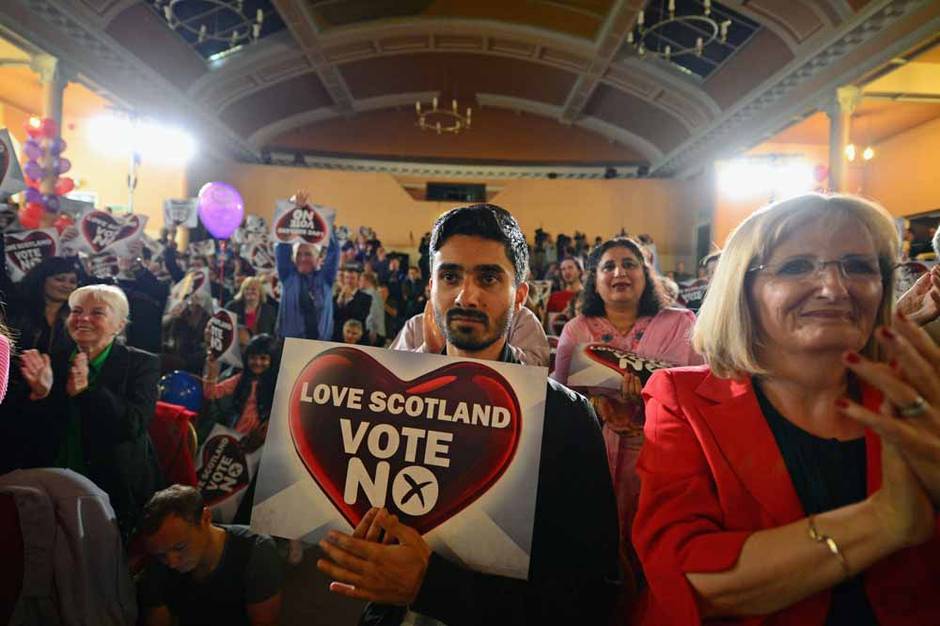 A remarkable 97 per cent of eligible voters registered to vote, a total just shy of 4.3 million residents. Eligible voters included Scotland residents who are 16 and older and are British citizens; qualifying Commonwealth citizens; or citizens of a European Union member state. 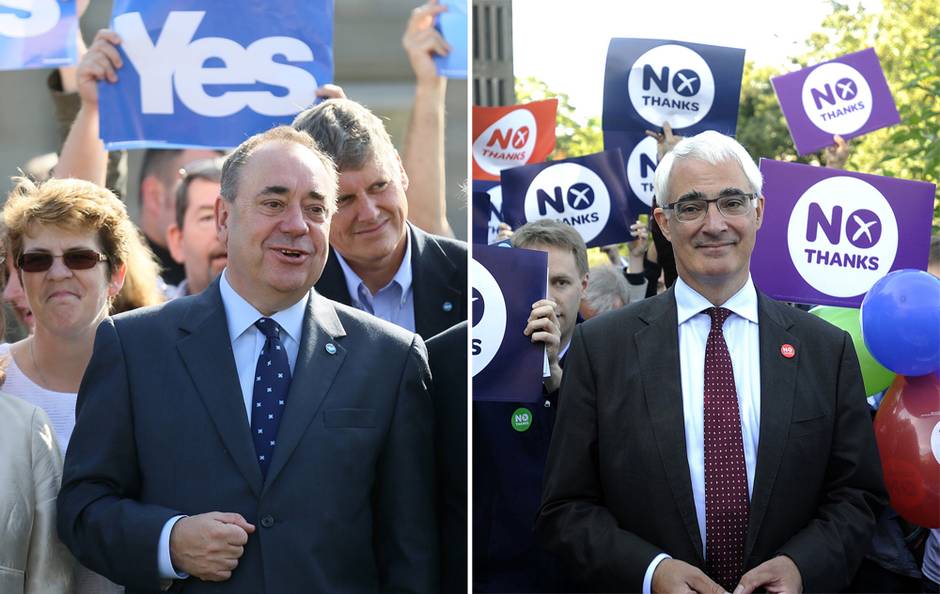 Who led the Yes and No camps?

In May, 2011, the Scottish National Party won a landslide victory. Its leader, Alex Salmond, campaigned on a promise of a referendum on independence and voters gave the SNP the first majority government since the establishment of a Scottish Parliament in 1999. Along with the Scottish Green Party, they form the pro-independence side. Following Friday's results, Mr. Salmond resigned as first minister and leader of his political party, saying "For Scotland, the campaign is not over and the dream will never die." 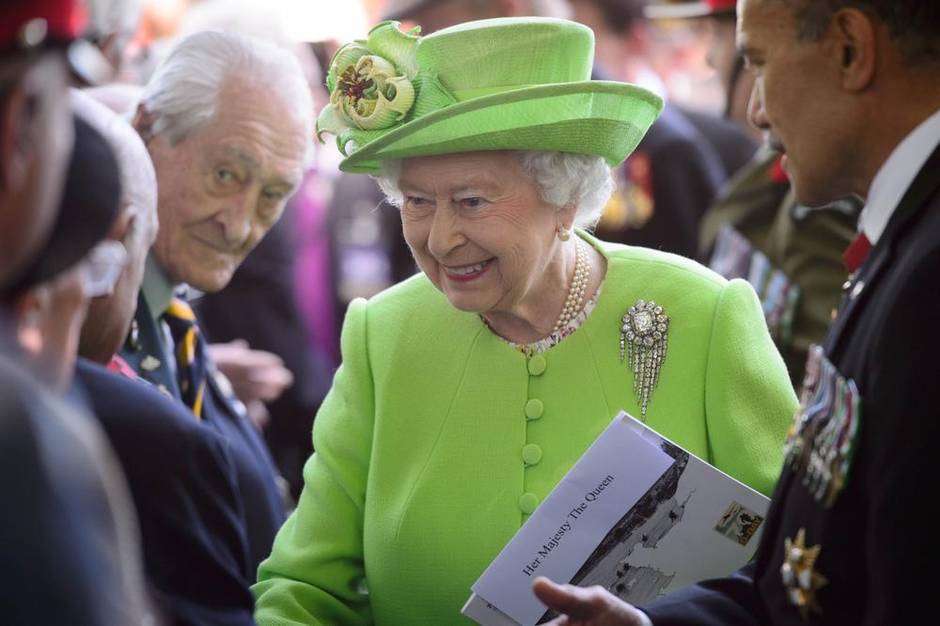 What did the Queen think?

Both the separatist and unionist sides agree that Queen Elizabeth II will continue to be Scotland's monarch, either as"Queen of Scots" or under the dual English-Scottish monarchy that the U.K. has had since 1707.
The Queen, whose role traditionally obligates her to remain neutral on political matters, has only cautiously weighed in on the independence vote, saying on Sept. 15 that Scots should"think very carefully about the future." 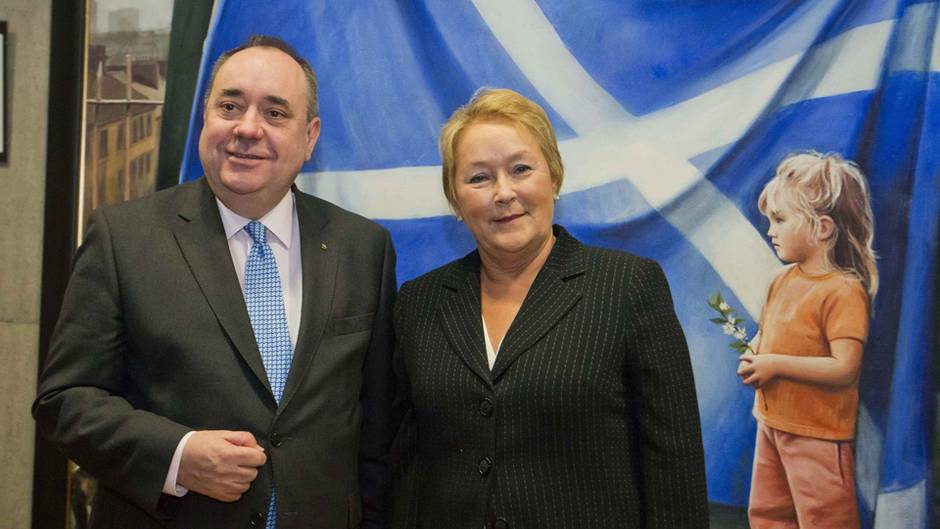 The parallels: Canada and Quebec

The parallels are striking for Canadians following the Scottish referendum. Sovereigntists are cheering for the Yes camp, while federalists are reminded of the final days of the 1995 referendum on Quebec sovereignty, with the No side in disarray. But there are clear differences between the two ballots: