As military helicopters chattered across the skies of Jolo Island in pursuit of a trio of kidnapped sailors held in the lawless region of the southern Philippines, negotiators frantically tried to strike a ransom deal ahead of a 3 p.m. Monday deadline.

Their failure was made clear on Monday evening, when remains were found outside a Catholic cathedral in Jolo City. The Canadian government said it has compelling reason to believe Canadian Robert Hall was executed.

But his death has left behind difficult questions about why a kidnap-for-ransom group would turn down a large offer of money and instead kill a high-value hostage.

Among the Canadians seeking Mr. Hall's release, everyone knew how high the stakes were. Eight weeks earlier, the extremist criminal group Abu Sayyaf had beheaded Canadian mining executive John Ridsdel, who was seized together with Mr. Hall and two others from a yacht marina in late September.

To prevent the same from happening to Mr. Hall, a Calgary-born metalworker, pilot, film actor and adventurer, his family and friends had assembled about $1.4-million to pay a ransom. RCMP officers, federal civil servants from departments such as Public Safety, Global Affairs and Justice, and Canadian Security Intelligence Service agents had all sought to win the hostage's release.

Communication happened through a complicated series of intermediaries and the occasional conversation on cellular phones with Abu Sayyaf, a loose assembly of bandits, some of whom have pledged allegiance to Islamic State. The United States has designated the group a terrorist organization since 1997.

The ransom offer fell short of the $16.6-million Abu Sayyaf had demanded to free the hostages that remained after Mr. Ridsdel's death, including Mr. Hall's Filipina girlfriend, Maritess Flor, and Norwegian Kjartan Sekkingstad, who is also a permanent resident of Canada.

But it was still a considerable sum of money and as talks continued through the weekend with the deadline nearing, it looked as if a deal might be reached.

"There was ransom money down there ready to be paid," said Marc Singer, the Manila-based director of business intelligence at private security consultant Pacific Strategies and Assessment, which has been involved in hostage negotiations with Abu Sayyaf.

"We were cautiously optimistic that a release – or at the very least an extension of deadline –would be likely today. Clearly that isn't what happened."

Shortly after 3 p.m. a man calling himself a representative of Abu Sayyaf called The Philippine Daily Inquirer newspaper in Zamboanga City. Mr. Hall was dead, he said. Later that day, the head of a caucasian man was found.

The caller offered a clue why: This was a challenge to Rodrigo Duterte, the Philippines president-elect who has pledged a vicious campaign to wipe out crime and corruption, and told Abu Sayyaf it will face a "reckoning" under his administration. Only weeks ago, Mr. Duterte told Prime Minister Justin Trudeau he would try to ensure "nothing like" the killing of Mr. Ridsdel would happen again.

In killing Mr. Hall, Abu Sayyaf appears to be "trying to escalate pressure" on Mr. Duterte, said Zachary Abuza, a professor at National War College who has studied the group extensively. "They just might see an opportunity to lead to a deterioration of the security situation" – perhaps in hopes Mr. Duterte can be persuaded to pay for peace with the group.

In Ottawa, Mr. Trudeau defended his government's refusal to pay ransoms, despite the death of two Canadians on his watch at the hands of extremists in the Philippines.

"We will not turn the maple leaf worn with pride by over three million Canadians abroad into a target," Mr. Trudeau said as he mourned Mr. Hall's death.

"We have been working with ... the authorities there to try and prevent this tragedy, but it illustrates again the terrorist threat throughout the world, in terms of this terrible kidnap and terrible tragedy." In 2014, the RCMP lured to Canada one of the people who had held journalist Amanda Lindhout captive in Somalia.

"I'm afraid that all I can say is that we pursued every avenue to secure Mr. Hall's release. For security reasons, and because there are still hostages involved, I cannot confirm specific details," said Joseph Pickerill, director of communications to Mr. Dion.

But the burden of securing a huge sum of ransom money appears to have fallen most heavily on the families of those held captive. Mr. Hall's family had negotiated for his release, and offered 50-million Philippines pesos, or about $1.4-million (Canadian), said Abdusakur Tan, the vice-governor of Sulu Province, the lawless region of the southern Philippines where the kidnap victims were believed to be held.

"But up until yesterday, they [Abu Sayyaf] were still demanding for 600 million [$16.6-million] or nothing at all," he said.

Mr. Hall, whose two sons have both served in the Canadian military, has been described by his family as a soft-spoken man with a thirst for adventure and a love of sailing. He worked across Alberta and British Columbia, selling insurance, fabricating metal and, for fun, flying a small airplane he owned for several years. He set sail for the Philippines last summer in a a 36-foot Cape Dory sailboat, picking up his girlfriend, Ms. Flor, in Palau.

They intended to go to Thailand, but he fell in love with the Philippines, and began coaching a youth soccer team there.

An avid reader, he was also interested in film, and before leaving Canada participated in weekly filmmaking workshops in Edmonton, where he became friends with Jeff Burke, who directed local independent movies. Mr. Hall was in several of them.

But money has won freedom for Malaysians and Indonesians captured by Abu Sayyaf, while Canadians are executed.

"It's been pretty difficult watching everything," Mr. Burke said.

Mr. Hall "was someone who just enjoyed life and just loved people – and to have this happen was just a shock. It's not something you expect for someone who just wanted to see the world and help people and bring a pleasant smile and enjoyment to life." 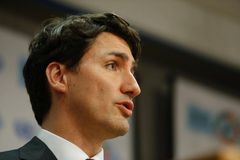 Body recovered in Philippines believed that of Canadian killed by extremists
April 27, 2016 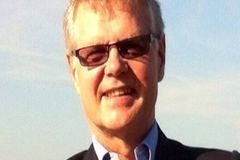 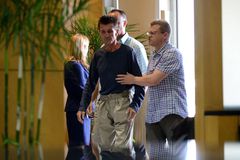 Trudeau gets apology from Filipino president-elect for Canadian’s death: report
May 25, 2016 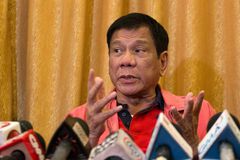 Follow Nathan VanderKlippe and Steven Chase on Twitter @nvanderklippe @stevenchase
Report an error Editorial code of conduct
Due to technical reasons, we have temporarily removed commenting from our articles. We hope to have this fixed soon. Thank you for your patience. If you are looking to give feedback on our new site, please send it along to feedback@globeandmail.com. If you want to write a letter to the editor, please forward to letters@globeandmail.com.
Comments are closed