The capital city of a country besieged by a violent drug war and feuding cartels' macabre acts of violence is enjoying an improbable civic renewal. Once infamous for its own problems, including eternal traffic, smog and express kidnappings, Mexico City is now one of the safest places in the country.

Thanks to a dramatic increase in police patrols, the installation of 11,000 closed-circuit security cameras and a sustained security and green campaign by Mayor Marcelo Ebrard, the capital is rebranding itself.

There are no road blockades, or wild street shootouts in the Federal District, and there are fewer express kidnappings, where armed thieves force people to withdraw money from ATMs, than there were four years ago. As a result, chilangos, as city residents are known, can once again walk the streets, sit in outdoor cafés and stroll through parks and squares.

In a main plaza in Roma, a refurbished neighbourhood of wide, leafy boulevards and gracious mansions, schoolchildren kick around a soccer ball and a street vendor sells prickly pear with chili spice for five pesos, watching as a film crew sets up to shoot a television commercial. Two police officers on motorcycles circle the square, while another stands sentry at the entrance.

"The idea is that by creating a more civil ambience, you deter crime and criminals," says Agustin Barrios Gomez, a media analyst and advertising executive, who feels safe enough to wear his Rolex again for the first time in years. "It's the broken windows theory," he adds, referring to the idea that investing in deteriorating neighbourhoods is a good way to prevent further vandalism and an escalation of more serious crime.

Under Mr. Ebrard, Mexico City restructured its police force and boosted its numbers. There is now about one officer for every 100 citizens. Police on foot, motorcycle, horseback and in shiny new squad cars are ubiquitous in central zones such as Condesa, Polanco and the Historic Centre. Some police tow trucks have had cameras installed to discourage bribe-taking by traffic officers.

The result is that the homicide rate in the city, where about nine million people live, is half the national average and lower than California's. The rate in the State of Mexico, with about 11 million residents, is even lower. According to the public security secretariat's 2010 annual report, armed robbery has decreased by 5.8 per cent in Mexico City, compared with a national increase of 2.4 per cent.

While endless headlines about dismembered corpses and bodies found in vats of acid make it seem like the whole country is unsafe, in fact most of the drug-related killings take place in the smuggling corridor along the U.S. border and in cities such as Ciudad Juarez and Tijuana.

Investing in security is politically popular, and never more so than the year before a presidential election. Not only is Mr. Ebrard running for president, so is Enrique Pena Nieto, the governor of the State of Mexico. Neither candidate, who are from rival parties, wants gangland slayings or bombs to detonate their campaigns.

"Mexicans are fearful the capital could become as bad as places like Tijuana so there is a real focus on security," says an official with the city's legislative council. "And Mexicans support it."

Of course, there is still a giant black-market economy and plenty of petty crime, especially in the capital's sprawling lower middle-class suburbs. But the city's sheer size, complexity and power have kept it from becoming a battleground for warring cartels. Not only is it home to a unified police force of 75,750 officers, but it also houses the army and navy, the country's business, political and media elites – and the families of drug-cartel kingpins.

Mayor Ebrard, who studied public administration at the École nationale d'administration in Paris, has also overseen a campaign of urban renewal, aiming to turn his city into a world-class destination on par with Barcelona. His proclamation – "10 commandments for civility" – aims to eliminate vexing habits such as spitting out gum on the sidewalk and whistling at women.

He has banned smoking in bars and restaurants and replaced the "microbuses" that belched exhaust with energy-efficient vehicles. He has also dedicated lanes going in the opposite direction as traffic so motorists won't be tempted to cut in. There is a free bicycle program, and every Sunday one of the city's main thoroughfares is closed to traffic for cyclists and runners. More than 15,000 vendors have been removed from the zocalo, the city's main square, clearing the way for pedestrians.

These changes, while welcome, are mostly cosmetic and do not resolve the complex socio-economic factors that cause crime, including poverty, social inequality and corruption. But it's a start.

Alejandro Gertz, Mexico's former public-security minister, believes that organized criminals have an unspoken agreement not to launch "major, high-impact crimes" here, and not to target tourists or diplomats. "The mayor has moderated the crime problem," says Mr. Gertz, who is now the dean of the University of the Americas. "It is under control, though by no means resolved. The city is good at hiding its dark side."

Nine out of 10 crimes still go unreported in Mexico, he adds, noting it is difficult to get reliable crime data. Public-opinion polls also show that security remains the central preoccupation of most citizens. "This is a huge city with a lot of diversity and crime is more a problem of social structure and continues to be a problem in poor areas," Mr. Gertz says.

Sitting in an elegant French restaurant in a refurbished hotel in Roma, Santiago Brockman agrees, acknowledging that not all boroughs are as appealing or as safe as the one in which he has chosen to live. "I walk my dogs at 3 a.m. I feel so safe. There are still some prostitutes and drug dealers but we peacefully co-exist," says Mr. Brockman, a 40-year-old hotelier. "I don't own a car and I cannot imagine living anywhere else."

His dream is to see his city attract not only domestic tourists, but also international visitors, who can get past their preconceptions and fears and prepare to be surprised by this sprawling metropolis's gastronomy, museums and galleries, archeological ruins, Lucha Libre wrestling and transvestite bars. 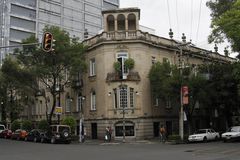 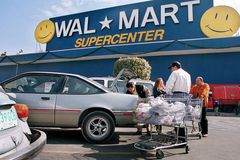 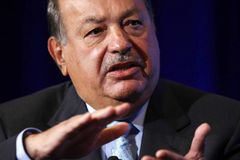