As police continue their investigation into the deadly Boston bombings, security experts are drawing tentative conclusions about the attacker or attackers, saying evidence from the explosive devices provides valuable clues.

While investigators have not divulged any theories about who is behind the twin attacks, some counter-terrorism observers say the unsophisticated nature of the bombs and decision to place them at the finish line of the marathon points to a lone bomber or a small group from the United States.

"I'm inclined to believe that it's domestic home-grown, but it could be left-wing, right-wing or Islamic extremism," said Ray Boisvert, former assistant director of intelligence at the Canadian Security Intelligence Service, though he added that, in these early stages of investigation, "anything is within the realm of possibility."

The absence of a claim of responsibility also suggests a culprit who isn't sponsored by a larger organization, observers said.

The relatively crude components of the bombs – pressure cookers stuffed with explosives, nails and other shrapnel and placed in nylon bags – point to perpetrators who live in the U.S.

"You don't need to have gone to a training camp to be able to put this together," said Richard Jackson, deputy head of violent risk forecasting at Exclusive Analysis, a security consulting firm based in London.

Detailed instructions to make such a bomb are readily available on the Internet, including in an al-Qaeda magazine published in 2010. Despite being published by al-Qaeda, the bomb recipe is widely known and could be assembled using common components purchased at hardware, kitchen-supply and gun shops.

While the Boston Marathon attacks were devastating – they killed three people and wounded more than 170 – someone with more training could have inflicted many more casualties, experts said.

"This was not a professional bomb maker, just from looking at it, because a more highly skilled professional could have caused more carnage," said Scott Stewart, a former special agent with the U.S. State Department who is now a terrorism expert at Stratfor, a geopolitical intelligence firm.

However, it is also possible that a skilled bomb technician purposefully built an "amateur" device, said J.M. Berger, an associate fellow at the International Centre for the Study of Radicalization in the U.S.

He called the design of the bombs a "double-whammy," in that "not only does it fail to give us a characteristic signature of a certain kind of terrorist or group, it's also built in a way that's going to ensure a maximum amount of anonymity for the person built it."

And while the bombs may have been "artisan" in nature, the plan was meticulously planned and executed, Mr. Boisvert said.

"The plot managed to get two packages at the finish line, explode within seconds one from the other, there was international media there at the fourth hour of the race on a Monday at the top of the news cycle – it was really well thought-out," he said.

For its part, Exclusive Analysis says the attacks are consistent with an individual or small group motivated by either al-Qaeda or holding far-right, anti-government views.

"There's a rationale behind it, there's a justification behind it. They've done this for a reason and that's sort of taking us down the line of groups with a grievance … that have a history of using violence to represent their grievances," Mr. Jackson said.

Indeed, the Boston Marathon takes place on Patriots Day, the Massachusetts holiday that commemorates key battles in the American revolution. And this year, it also occurred on the deadline for filing state and federal taxes.

Attacks of such a level are often done by perpetrators from the general geographic area, experts say, leading to the assumption that the bomber lives in the U.S.

"I don't think that this is some guy from Karachi who's travelled to Boston to do this. This would have been somebody who likely lives in the Boston area," Mr. Stewart said.

However, other counter-terrorist experts urged caution in drawing conclusions, saying it's much too early to deduce anything about the attacker or attackers.

"This case is not going to be solved in a 24-hour news cycle or a 60-minute show," said David Gomez, a former FBI senior assistant special agent-in-charge for counter-terrorism.

"These things really take time. A lot of things have happened – there are huge metadata dumps that are occurring right now, cell records from the parade route, forensic evidence being collected. The crime scene was 15 blocks in diameter, so going through all that evidence, collecting it, taking a look at it, sending it off for analytics will take a while. It doesn't happen overnight." 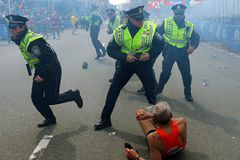 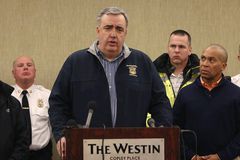