It was nine days after the now-infamous New Year's Eve "sex attacks" in Cologne, allegedly perpetrated by a mob of North African and Arab refugees, when Ramy Alasheq realized that his adopted new home might never be the same.

For the 26-year-old Syrian-Palestinian refugee, poet and journalist, who edits an Arabic newspaper for refugees called Doors (as in, opening doors to refugees), the moment came when he and a German friend were walking along a busy street in the centre of Cologne. "A man we saw bumped into a woman on the street," he says. "He said to her, 'I'm sorry and don't worry – I'm German.'"

Mr. Alasheq, who arrived in Germany in late 2014, and his friend were taken aback by the blatantly racist reference to the ugly New Year's events. "I was more than shocked; I was saddened too," he says. "Cologne is my city now and the voices of the right will only get louder."

While street life is back to normal, albeit with a beefed-up police presence, Germans of every political leaning and age are wondering if Chancellor Angela Merkel's refugees-welcome policy, which saw about 1.1 million asylum seekers arrive in Germany in 2015, almost half of them Syrians, has gone a little bit too far or way too far.

They wonder whether the integration policy will be effective in folding potentially millions of refugees, from Syria to Eritrea, into conservative German society. No one wants a repeat of the "guest worker" era of the 1960s and 1970s, when one million or so foreigners, most of them from Turkey, were officially encouraged not to integrate; they formed their own communities on the fringes of German society, where many of them remain today.

And liberal Germans wonder whether their country will lose its famously tolerant and open attitude towards outsiders. "Germany was already divided on taking refugees and now they will continue to be divided," says Gokce Yurdakul, the Georg Simmel professor of diversity and social conflict at Humboldt University of Berlin. "The [Cologne] incident is being used by the right wing to start a racist debate."

Indeed, those on the far right, like the ultra-xenophobic party known as Pegida – Patriotic Europeans Against the Islamisation of the West – hijacked Cologne to pump up the volume of their anti-immigrant war cry. Pegida sponsored a rally in Cologne on Jan. 9 that called for Germany to slam the door shut to refugees. When the rally turned unruly, police dispersed the crowd with pepper spray and water cannon.

The Cologne incident seems to be causing anguish among all political classes. Some centrist and centre-right Germans think that any reasonable, unhysterical criticism of Germany's immigration policy risks a backlash from the left. "The majority of Germans I have spoken with feel they are not allowed to question or be critical of the immigration policy for fear of being thrown in with the extreme right," says Michael Adair, a Canadian-born opera singer who has lived in Cologne for six years. "This is unfair. This is an extremely complex issue and it won't be solved if we don't talk about it."

As her popularity ratings fall, Ms. Merkel herself has vowed a crackdown, of sorts. "We are vulnerable because we don't have the orderliness and management of the refugees under control yet," she said the other day in speech to a business group.

While she insisted that she would not put a firm cap on the number of refugees allowed into the country, she said Germany would "noticeably reduce" the number of refugee arrivals this year (the pledge may backfire; the number of refugees arriving in the EU in the first 10 days of January, at 18,400, was more than triple the number in the same month in 2015). Her coalition government will also try to reach an agreement that would speed up the expulsion of law-breaking asylum seekers. "When crimes are committed, and people place themselves outside the law … there must be consequences," she said.

What is certain is that another incident like Cologne will deepen the pro- and anti-refugee rift. Since Germany is the refugees' preferred destination, any significant changes to German refugee policy will have repercussions throughout the European Union and the Middle East.

The Cologne assaults happened when refugee-policy tension was already high in the EU in general and Cologne in particular. On Oct. 17, one day before Cologne's mayoral election, candidate Henriette Reker was stabbed at a public event by a German man as he shouted about "an influx of refugees." The knife went deep into her throat; she won the election while she was in a coma (the man was charged with attempted murder). Ms. Reker has had a generally welcoming attitude towards refugees and is in charge of refugee housing. Last year, accommodation was found for about 10,150 refugees in Cologne.

Less than a month later, 130 people died in the terrorist attacks in Paris, which is only a three-hour train ride to the southwest. In spite of Ms. Reker's knifing, the Paris tragedy and a Europe-wide manhunt for the one or more Paris terrorists who escaped, Cologne took no particular precautions for the typically crowded New Year's Eve celebration in the square next to the train station and Cologne's massive Gothic cathedral.

Even now, the details of what actually happened are sketchy. What is generally accepted is that 500 or more men, described by witnesses as aggressive, intoxicated and apparently of Arab or North African appearance, mobbed German women. The abuse turned into attacks, with police later reporting 379 allegations of violence, 40 per cent of them sexual, such as men forcing their hands up women's skirts. There were two reports of rapes. At least 31 suspects have been identified, including a German, a Serb, an American and 18 asylum seekers from the Middle East and North Africa.

The horrific incident won the municipal government no points. The police were slow to react and to communicate – Ms. Reker did not learn about the assaults until the next day. The police chief was later ousted and Ms. Reker took a heap of criticism for victim blaming. She suggested a "code of conduct," including a dress code, to discourage further attacks on women.

The right's views on the assaults were predictable but more nuanced views were in plentiful supply too. Ms. Yurdakul, the Humboldt professor, decried the anti-immigration crowd's effort to turn Cologne into an ethnic debate, noting that domestic violence against women is high in Germany. "Violence against women on the street does not recognize ethnic origin," she says. "Violence is violence and we cannot say that North African men are more violent than German men."

Jiyana Mohammed, 19, a Syrian Kurdish refugee who arrived in Germany in October after a 20-day slog through Greece and the Balkans, said the assaults can't be blamed on ethnic status. "No decent human would do what they did," she says. "This has nothing to do with asylum seekers."

Still, the methods used to integrate the refugees culturally, socially and economically into German society have come into question. The German government is taking lessons from the guest-workers era that turned Germany into an industrial powerhouse but came at a great social cost.

Mulheim, a buzzy former industrial area on the east side of the Rhine River, is the heart of Cologne's Turkish population, and has been for more than 50 years.

Keupstrasse could have been lifted out of Istanbul. The street is lined with Turkish coffee shops, restaurants, barbers and convenience stores. Near the bottom of the street, off a small alley, a group of old Turkish men sip coffee in the cold at an outdoor table. Next to them is a small mosque.

One of the patrons, Semseffin Erdogora, 75, arrived in Germany from central Turkey in 1970 and, to this day, he barely speaks German. Using his son, Erogan, as an interpreter, he says he worked in a chemical plant after he arrived and was happy for the money. The workers lived in four-to-a-room company-supplied housing and received no German cultural or language lessons. "There was always the idea that we would go back to Turkey," he said.

Mr. Erdogora was part of the guest-worker army – one million strong – that came to Germany in the 1960s and 1970s to create the cars, ships, chemicals, trains and steel that powered Germany's post-war industrial revolution. Like hundreds of thousands of Turks, he never left, even though the German government expected them to leave; until as recently as the 1990s, the official German policy was "to promote their desire to return home."

Most eventually received permanent residency status but, equally, most, like Mr. Erdogora, were never integrated into German society. Even many of their children see themselves, or are seen, as outsiders. It appears that Germany is terrified of making the same mistake with the refugees who are arriving in the thousands every day. "Germany has learned a big lesson from the guest-worker experience, " Ms. Yurdakul says. "Now, the refugees are immediately started on integration and are given language and school courses."

New refugees, like Ms. Mohammed, are given a bed in communal housing, intensive language lessons and about 300 euros a month in spending money. They also get cultural training and history lessons and are eventually encouraged to find their own housing and employment. Some Germans volunteer to help them navigate the banking and postal systems, learn about German customs, such as religious festivals, and give them job-hunting tips.

Mr. Alasheq, the Syrian-Palestinian newspaper editor, thinks the integration package is not enough. But there is no doubt it is vastly superior to what the guest workers received decades ago.

Will it work? It could. The problem is that Cologne has changed the debate on refugee policy. The New Year's debacle has hardened the views of the anti-refugee crowd and triggered questions even among pro-refugee Germans about the wisdom of the open-door policy. "I am worried about the far right," says Mr. Alasheq says. "Their views will harden. I can only hope it will be short-lived." 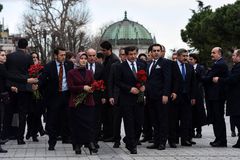 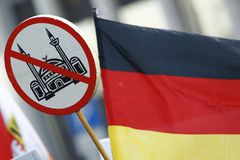