When the results of an international test showed Shanghai's high school students were now ranked best in the world in reading, math and science, a mixture of shock and anxiety bounced through education departments around the world.

In faraway North America, there was the usual handwringing that children there are falling further behind studious (and numerous) Asian kids. Closer to Shanghai, the throbbing heart of what is now the world's second-largest economy, Koreans and Japanese fretted that education was another front on which they were being eclipsed by their giant neighbour. One American commentator compared Shanghai's No. 1 ranking on the Programme for International Student Assessment to the day the Soviet Union put the Sputnik satellite into orbit, a moment that launched the space race.

The only place where the results of the latest PISA test (which are conducted every three years by the Organization for Economic Co-operation and Development) were received calmly may have been in the modest headquarters of the Shanghai Municipal Education Commission, where a red banner in the parking lot exhorts the bureaucrats inside to "face modernization, face the world, face the future."

"I was not very surprised because before the test I travelled to other countries, including Finland. In terms of how hard students were working and what they were learning, I could see Shanghai students were at the top," said Ni Minjing, a veteran physics teacher who is now the director of Shanghai's basic education department. Finland placed third in the 2009 test, the highest among Western countries; Canada came sixth.

Mr. Ni predicted a similar result for Shanghai in the next PISA test, due to be conducted in 2012. "If we are not at the top, we should be near it."

But this is neither a moment for Western educators to panic, nor for Shanghai to rest on its laurels. Mr. Ni is the first to admit that the PISA tests capture what Chinese kids are best at: memorizing knowledge and preparing for tests. He believes Chinese students still lag far behind their Western counterparts in terms of creativity and critical thinking, and says it will take a generation or more to close that gap.

Shanghai's achievement is nonetheless staggering given that just three decades ago the country's education system was in shambles, having been dismantled during the Cultural Revolution. The principle of compulsory primary and junior-high school education was introduced at the national level only in 1986.

"Their spectacular reforms in education have made possible a no less spectacular economic success, which has in turn made it possible to continue to ratchet up the quality of their education systems," the PISA report lauded.

Two trends kicked in almost simultaneously in the late 1980s. One was a series of reforms to the education system that saw the central government loosen its control. Local schools were allowed to start choosing their own textbooks and curricula instead of being forced to use those issued by Beijing. At the same time, teacher salaries began to dramatically increase. In 1987, schoolteachers in Shanghai were paid 0.5 per cent the average salary of their counterparts in the United States. Ten years later, salaries were 5 per cent of those in the United States, and by 2007 they had improved to 17 per cent. "We are expecting that by 2027, the salaries will be equal," Mr. Ni said.

In parallel, a side effect of China's national one-child policy (which began in 1978) came into play. Parents restricted to just one child became obsessed with making sure that child was successful, pushing them academically from an early age so that they could attend university, get a decent-paying job and eventually take care of the rest of the family.

Is this all about 'Tiger Moms'?

The one-child policy adds an edge to the stereotype of the hard-driving Asian parent and the stressed-out kid. There's little question the average Shanghai student is far more focused on academic success than their counterpart in North America. "I think most parents in China are involved in the education of their children. They push them and they invest in them," said Dai Huayun, an English teacher at Fuxing Secondary School in the middle-class Hongkou neighbourhood of Shanghai. "Most students don't have time for part-time jobs. Their part-time job is to go for extra tutoring after classes."

Indeed, the PISA report estimated that 80 per cent of Shanghai students took extra classes on evenings and weekends, either in the form of private tutoring or exam-focused "cram schools." Asked what his dream in life was, one of Mr. Dai's students, 15-year-old Shi Jiacheng, looked in bewilderment. "I must pass the gaokao first," he told me after a pause. "If I had more spare time, I would have more details about my future plan."

So, are Shanghai schools now the best in the world?

No one seems willing to make this claim. Shanghai education officials are justifiably proud of how far they've come, but admit that their system has a giant flaw in it: namely the dreaded gaokao national university entrance exam.

University spots are far scarcer per capita in China than in Western countries, so parents and their kids are consumed with passing the test – a gruelling three-day exam that many see as holding the key to a student's entire future. As a result, teachers and schools focus to a fault on preparing students, creating an environment where memorized facts and high exam scores are equated with education.

The university professors who inherit the students who pass the gaokao say first-year Chinese university students lack creativity or the ability to think for themselves. "Our students reach university and they've never done independent research. They've only written essays where their teacher has given the title to them. I had to show them like I was teaching primary school students," said Zhu Dake, a professor in the Institute of Cultural Criticism at Shanghai's Tongji University.

A recent tour by a soccer team from a Russian primary school, which saw the visiting side thrash a Beijing school 15-0 in one match, has also sparked concerns that Chinese schools have neglected physical education amid the emphasis on studying and exams.

Can the rest of China catch up with Shanghai?

One of the advantages Shanghai, Hong Kong and Singapore had on the PISA tests was that they were all rich urban centres – places that tend to draw the best of the best in any society – putting their average test results up against those of entire countries. While Toronto or Calgary might have had equally good or better test scores, those results would have been blended with scores from smaller communities with fewer education resources.

If China were to compete as a nation, instead of only Shanghai, there's no question its results would tumble well down the table. The northern province of Gansu only last month achieved what China's education system refers to as the "two basics": primary education spots for all students, and the elimination of teenage illiteracy. The southwestern province of Sichuan has yet to achieve those modest goals, which Shanghai accomplished in 1984. The gap between the education system in Shanghai and that in rural Gansu or Sichuan is far larger than what exists in Canada or Finland.

About 80 per cent of graduates from Shanghai high schools go on to attend university; the national average is 24 per cent.

Is there a lesson for the West in Shanghai's triumph?

Fu Yun, one of the 5,100 Shanghai students who took the 2009 PISA test, said she thought her city's top ranking shows that Western countries have perhaps shifted too away from the basics when it comes to education. "I think in foreign countries they emphasize innovation and independent study too much and lost their stress on basic knowledge requirements. Innovation comes from basic knowledge," said the 18-year-old, now a first-year accounting student at Shanghai University of Finance and Economics.

But even Ms. Fu warned against reading too much into the apparent triumph of the Shanghai school system. "Maybe in basic knowledge we're the best, but in creativity and independence we're not the best. School should not just be about basic knowledge."

The PISA report noted a similar problem. "Critics see young people as being 'fed' learning because they are seldom left on their own to learn in a way of their choice. They have little direct encounters with nature, for example, and little experience with society either. While they have learned a lot, they may not have learned how to learn." 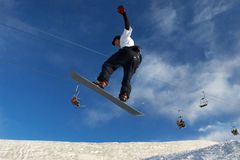