Chauan Cezario and his friends came back from the beach on a February Friday night, to Palmeirinha, a Rio favela. The power was out, so they couldn't watch TV and instead goofed around in the dark but crowded street, using one of their cellphones to record a video.

Then Mr. Cezario heard shots, and he was falling, and he saw that his friend Alan Lima was falling too, and as blood poured from his chest, it occurred to Mr. Cezario that somehow he had been shot. He began to pray, while his friend moaned. Then police officers with assault rifles were standing over them, demanding to know what they had been doing.

After half an hour, police permitted neighbours to lift the two men into a patrol car and then drove them to hospital. Alan, 15, was dead. Mr. Cezario, 19, was left caked in both their blood, and to his astonishment, handcuffed; eventually, a police officer said he was being charged with illegal possession of a firearm and resisting arrest.

And with that, Mr. Cezario might have disappeared into the Brazilian prison system, bullet still lodged in his chest, he and his friend two more among the tens of thousands of young black men killed or jailed in Brazil at rates far higher than their white counterparts.

Except for this: The video camera in Alan's cellphone kept filming even as it fell from his hands. The phone recorded his own murder, and now, it is being used to exonerate his friend – and to give Brazilians who allege systematic abuse by police a rare opportunity to make their case.

"He is able to prove it because of the video," said Mr. Cezario's mother, Maria Claudia Jambre. "But what about all the others?"

Six people are killed by police in Brazil each day; they are overwhelmingly young black men. But Alexandre Ciconello, human-rights adviser with Amnesty International Brazil, says police are nearly always exonerated. "Every investigation finds that police were reacting to aggression," he said. "In almost every case the witnesses are other military police officers. And if someone in the community saw something, they are afraid to go to the police."

Rio's military police killed one out of every 23 people they arrested in 2008, the year they launched a "pacification" program in some favelas, ousting gangsters and installing military police units with new training in community policing. (The comparable figure for the United States is one in 37,000.) The number of people killed by police has since fallen dramatically in pacified areas: While in 2008 police killed 122 people in alleged conflicts in pacified favelas, in 2014 they killed just 10. However, less than a third of favelas have been pacified and, in the city as a whole, the number of people killed by police increased by 25 per cent from 2013-14.

A story such as Mr. Cezario's, of police planting evidence or alleging a shooting that never happened, is not uncommon, Mr. Ciconello said – but Mr. Cezario's ability to offer proof of his version of events is highly unusual.

Media reports in Brazil consistently repeat the police version of events, identifying all men killed by police as criminals and rarely investigating these deaths. The video from Alan's phone has now been widely played on media here and viewed millions of times, providing a rare counterpoint to the usual narrative about police killing drug dealers caught in the act.

Ms. Jambre kept one hand on her son's shoulder while she talked about the night he was shot; her awareness of how close she came to losing her boy was palpable. The bullet, still in his chest, moves visibly beneath the skin when he raises his arm. The shy and clean-cut Mr. Cezario is much loved at his evangelical church, where he co-ordinates youth activities. But none of that would have mattered if it wasn't for the video, his mother says. "If you're black, you're guilty," she said.

Mr. Cezario's legal file contains a number of depositions – Ricardo Vagner, the police officer who did the shooting, says he was "surprised by various men with guns" while on an operation in the favela, that "when they saw the police car, they started shooting in my direction" and he returned fire, that when the shooting ended he approached the spot and found two injured men and two guns in the street.

Then there are a stack of statements from witnesses, from Mr. Cezario's friends who were shot at, from his cousin. They all tell the same story, of teenagers goofing around, and a police car with its lights off peeling into the street, with a police officer hanging out a window and opening fire. All of the witnesses agree there were no guns on the teens and none found in the road.

But when Mr. Cezario's case was brought before a judge the day after the shooting, the judge quickly concluded that the police officer was telling the truth, while all the other witnesses were lying and had somehow found a way to corroborate their stories in the chaos of the shooting. He ordered Mr. Cezario held until trial.

His parents, however, had called their pastor, and he in turn had called a congregration member who is a lawyer. The two came to the hospital, where their intercession prompted staff to wipe some of the blood off Mr. Cezario, give him water and stitch his wound, although without the nicety of anesthetic. The lawyer, Fernando Cruz, asked Mr. Cezario what had happened. When he heard that the young men were making a video, he dispatched Mr. Cezario's father to investigate the whereabouts of the cellphone with Alan's family.

Police took Mr. Cezario to a holding cell at a nearby police station, where the next day the judge ordered him taken to jail. But Mr. Cruz was able to use that video to persuade the judge to release him.

Mr. Cezario's cousin Fabiane Barbosa, who cradled him and Alan on the hospital journey in the police car, has also made a sworn statement that she overhead the officers talking on the drive. "Dude, I think we shot an innocent guy," one said to the other.

Nevertheless, the charges against Mr. Cezario have not yet been dropped. Mr. Cruz hopes that is a bureaucratic matter and will be resolved before long; meantime, he is preparing a civil suit against the police, seeking moral and financial damages. Weeks before the shooting, Mr. Cezario had won a place at a tryout for a professional soccer club – a dream he had nursed since he was a tiny child. He missed it.

Mr. Vagner and eight other police officers are being investigated for their roles in the death of Alan and the shooting of Mr. Cezario, and suspended with pay from the force.

Amnesty International has a campaign in Brazil called "Young, Black and Alive," to call attention to the disproportionately high rate at which young black men are killed (77 per cent of murder victims between ages 15 and 29 in 2012, but just 53 per cent of the population.) "The narrative is that they are criminals or dealers and it's very difficult to break that if you don't have strong evidence like a video, because the authorities don't believe the testimony of the people who live in the communities," said Mr. Ciconello, the human-rights adviser.

And if the victim did happen to be dealing drugs, or otherwise involved in crime, the family never bothers to seek justice, he said – despite the fact that drug dealers are also entitled to protection from extrajudicial execution.

A Rio think tank called the Igarape Institute is piloting the use of cellphone cameras on police; so far, 25 police officers in pacification units are wearing cameras in a Kevlar case on their chests, recording through their shifts. Robert Muggah, a Canadian who co-founded the institute, said the hope is that the cameras will help erode the culture of violence and impunity – by keeping police from using excessive force, because they know their actions are being recorded; by introducing an audit trail for accountability and by symbolically shifting the power dynamic. "The act of introducing a technology intended to monitor and oversee police sends out an important and symbolic message," he said.

Alan's family has not decided if they will proceed with legal action against the police; his sister, Girlaine, said her parents are crippled by their grief. Mr. Cezario's family feels they must sue. "To make sure it doesn't happen again," Ms. Jambre said.

The family moved from Palmeirinha five years ago, to this satellite town outside the city, trying to get away from the drug traffickers and gang wars in the favela. But within a year or two the violence had spread out here, too; a makeshift barricade put up by criminals to mark their territory stands on the street outside the church that is the centre of the family's life. Mr. Cezario often went back to the favela to visit friends, as he had on the night of the video. Ms. Jambre said she always worried about her son when he was in Palmeirinha, but she worries about him in the streets here, too.

Mr. Cezario, who turned 20 eight days after the shooting, now does not leave the house without at least one family member. That night he was in the police station, while his lawyer showed the video to the judge, police officers heard that one of their own was being implicated by the cellphone, and turned up en masse, in a show of solidarity the family found frightening.

"The ones who shot him aren't arrested, and more than that, we know they have friends," Ms. Jambre said. The family has installed a dashboard camera in their car. "We have the protection of God," she said. "But if anything happens, we will need proof."

With a report from Manuela Andreoni in Rio de Janeiro 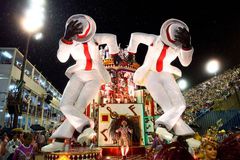 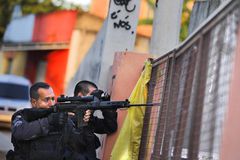 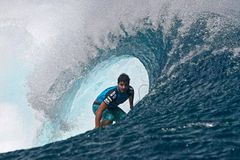 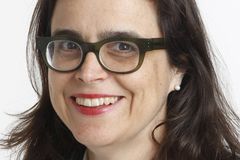