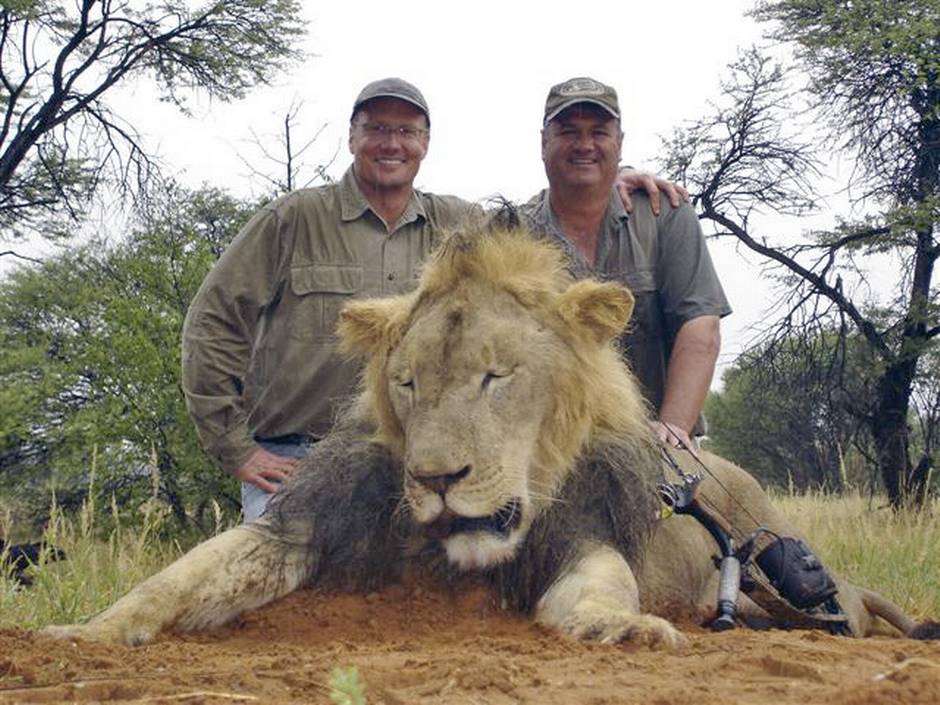 Walt Palmer (left) with a lion - not Cecil, but a different lion - while hunting in South Africa. (trophyhuntamerica.com)

Who was Cecil and why do we care about this lion?

Cecil was a 13-year-old black-maned African lion who had become a popular fixture in Zimbabwe’s Hwange National Park. He is believed to have been killed July 1 and his carcass discovered days later by trackers.

“He was a majestic lion that everybody … saw,” said Johnny Rodrigues, chairman of the Zimbabwe Conservation Task Force.

Mr. Rodrigues told The Globe and Mail that Cecil leaves behind six lionesses and eight to 12 cubs.

“What’s going to happen is that these cubs are going to be killed once the next macho male comes in and takes over the pride,” he said. “It’s a disaster. It really is.”

Cecil was being studied by an Oxford University research program that was focusing on lions around Africa and expected to inform conservation efforts.

David Macdonald, director of the wildlife conservation unit at Oxford, describes Cecil as “particularly photogenic” and said he was often seen by tourists.

According to Mr. Rodrigues, there are other lions at the park for those tourists to see, but Cecil, known for his black mane, was one of a kind.

“His brother Jericho is here, but he’s not as beautiful,” he said. 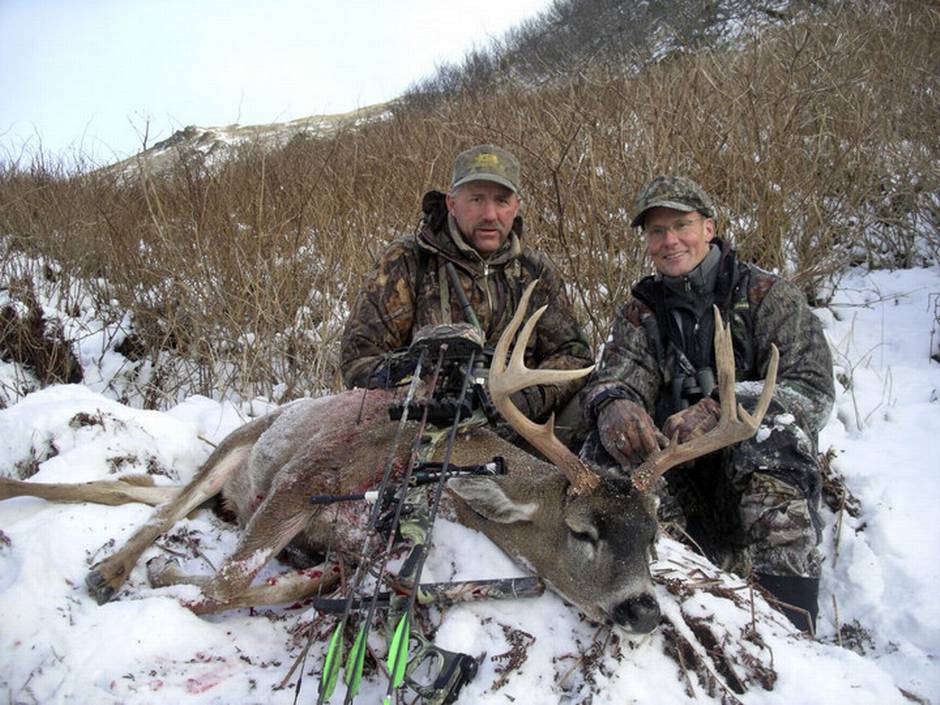 What are the rules and regulations of safari?

The rules that govern hunting in Africa vary by country. Trophy hunting is legal in 11 countries in sub-Saharan Africa.

Enforcing regulations is up to a country’s government, a local hunting association or a combination of the two, said Kathleen Garrigan, spokeswoman for the African Wildlife Foundation.

“Namibia is recognized for managing well its hunting industry and putting that money back into conservation,” Ms. Garrigan said.

Tanzania, on the other hand, scores low in the context of enforcing rules, she added.

For Ms. Garrigan, Cecil’s death in Zimbabwe does not necessarily reflect an issue tied to rules and regulation.

“I don’t know if this particular case, the hunting of this lion, was indicative of a larger problem, a regulatory problem, or if it’s just these hunting guide operators were sort of operating on the fringe,” she said.

Ms. Garrigan is not aware of an international agreement between countries in Africa and outside the continent that regulates hunting, but she said there are rules governing trade of wild animals and plants. These are outlined in the CITES (the Convention on International Trade in Endangered Species of Wild Fauna and Flora) treaty, which governments of various countries have agreed to abide by. 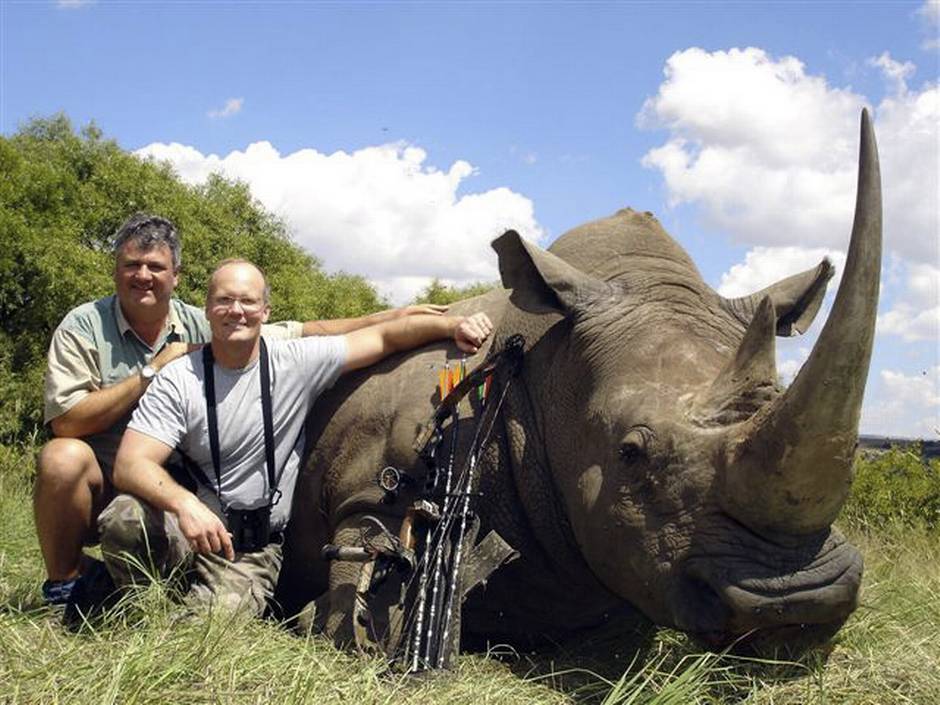 What are the big five trophy animals?

Trophy hunters identify five particular game animals as the “big five” because of the difficulty in hunting them and their ferocity when cornered or shot.

In Africa, they are the lion, elephant, Cape buffalo, leopard and rhinoceros.

Africa Safari Hunting Consultants, a trophy-hunting tour operator, currently lists a 10-day lion safari, which includes trophy fee and bait, for $49,000 (U.S). Other packages include a 14-day leopard package for $16,500 and a seven-day Cape buffalo hunt for $17,450.

Another hunting website offers a 10-day elephant hunt in South Africa for $35,145. The site promises a nearly 100-per-cent success rate for an elephant trophy and offers a 90-per-cent deduction from the safari price if a hunter does not take one of the trophies included in the package. 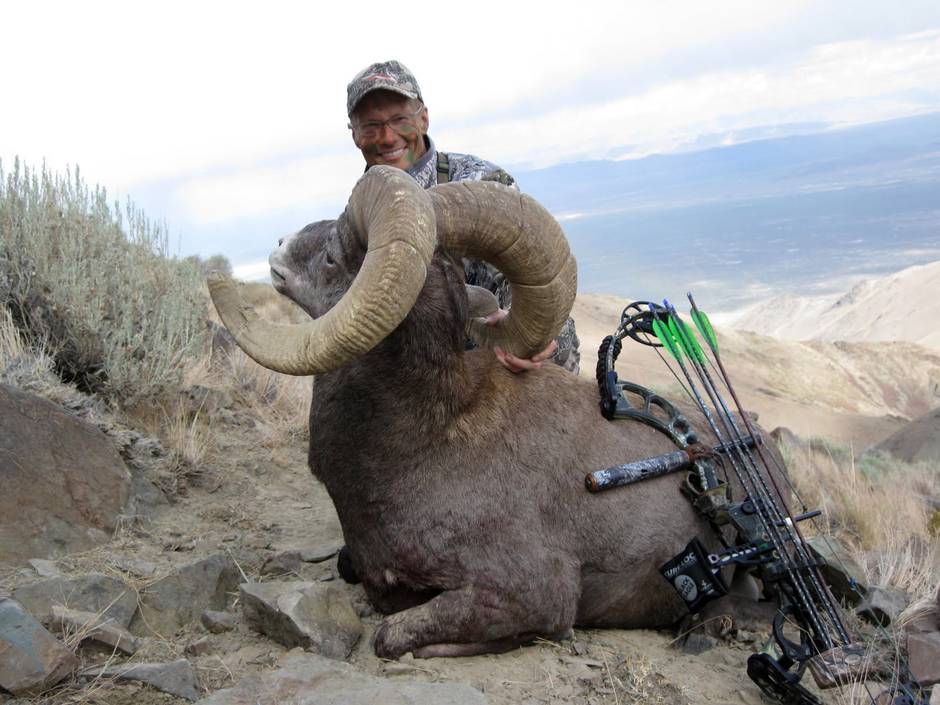 How have Canadian hunters reacted?

For Canadian hunters, the story of Cecil’s death comes as a shock.

“I was almost a little bit disgusted,” said Alexa Wolfe, 22, an avid hunter from Manitoba.

Ms. Wolfe avoids prey she would not eat and said laws in the U.S. and Canada prevent her and others from killing endangered wildlife.

Matt DeMille of the Ontario Federation of Anglers and Hunters said Ms. Wolfe’s reaction is typical of many of his group’s members.

“[It’s] because they are stewards of the resources and because they care so much about the fish and wildlife that we have,” he said. 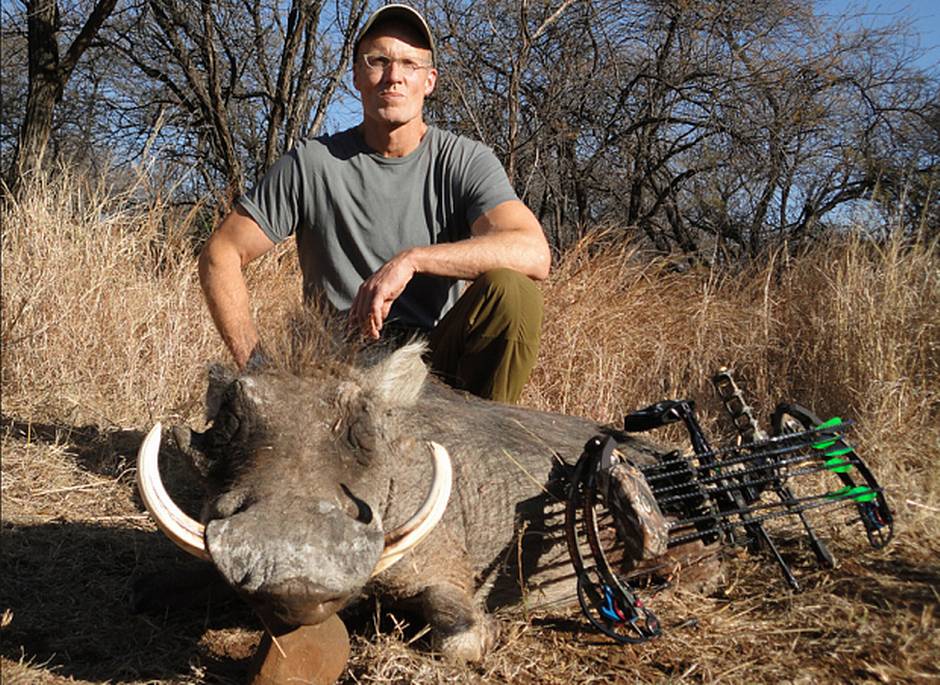 What’s the value of big game hunting in Africa?

The International Union for the Conservation of Nature completed comprehensive research on the topic of big game hunting’s economic value in Africa.

Overall, the study found big-game hunting is neither economically or socially beneficial to the countries where it takes place, findings that contradict arguments for allowing the practice.

Hunting occupies vast areas of land which the study said could be “counterproductive” to local communities in the long term. For instance, the study found that big-game contributed 0.04 per cent to South Africa’s gross domestic product, but the percentage of territory covered by hunting areas in the country stood at 13.1 per cent. 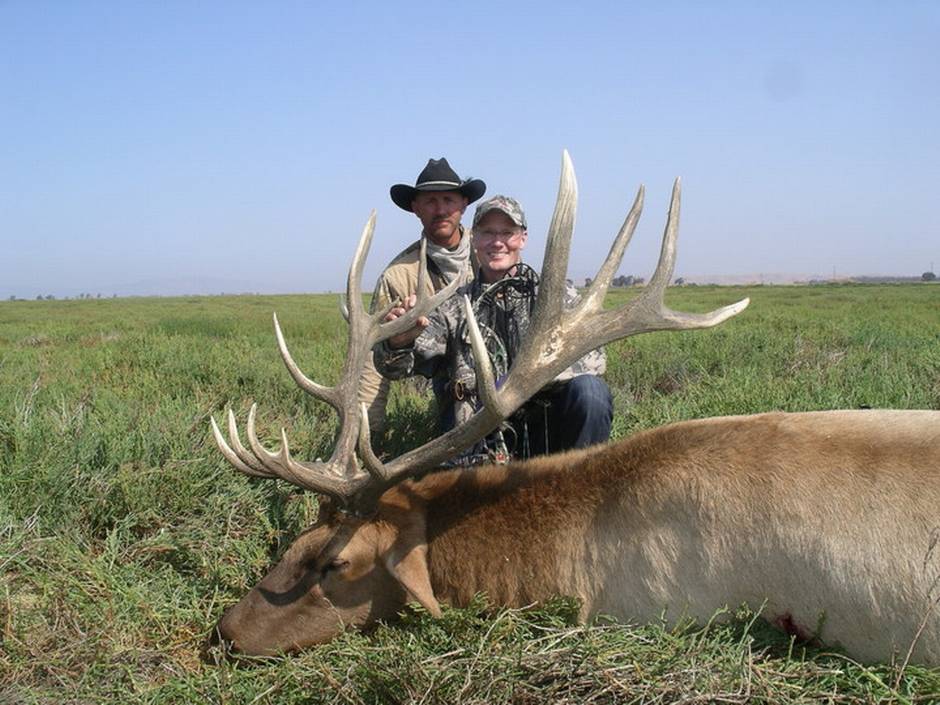 What could happen to Walter Palmer?

Walter Palmer, a Minnesota dentist, has admitted to killing Cecil although he has said that he believed the hunt was legal and done with proper permits. Public outrage has forced Mr. Palmer into hiding and some have called for his prosecution and even extradition to Zimbabwe.

The U.S. Fish and Wildlife Service said it is ready to assist Zimbabwe in its investigation. Its spokeswoman, Laury Parramore, on Wednesday declined to say what the agency might do once it has more information. But she said the agency was “deeply concerned.”

The agency proposed last year to list the African lion as threatened under the U.S. Endangered Species Act. Such a move could limit the importation of African lion carcasses into the United States from some countries. But that rule has not yet been made final.

In Zimbabwe, professional hunter Theo Bronkhorst pleaded not guilty in a Zimbabwean court on Wednesday to a charge of “failing to supervise, control and take reasonable steps to prevent an unlawful hunt” when Mr. Palmer allegedly killed the lion.

If found guilty, Mr. Bronkhorst could be fined $20,000 and possibly jailed for up to 10 years.

0.06 % – The average contribution of hunting to GDP in those 11 countries

18,500 – Number of annual tourist hunters who come to Africa and are serviced by some 1,300 hunting companies

$200-million (U.S.) – Estimated income from tourist hunting, the majority of which is generated in South Africa