A shaken United Kingdom appeared to have hung together Thursday, as incomplete returns suggested that Scottish voters had rejected independence in a passionately fought referendum. However, even a No vote seemed certain to change the shape of the 307-year-old union.

BBC has called a vote against independence, with 24 of 32 councils reporting the No side had captured 54 per cent of the vote, to 46 per cent for the Yes side.

The independence campaign shocked the British government, complacent early on and desperate in the final days, by its vigour. Whatever the final result, the vote has upended the British political landscape and opened the door to demands for greater autonomy from the other constituent parts of the U.K.

If the No side's lead holds, it means Prime Minister David Cameron can breathe a sigh of relief, and avoid a possible putsch against his leadership from within his Conservative Party. But it opens a series of other political problems for his government, namely how to deliver on a series of last-days promises designed to persuade Scots to remain in the fold.

That has already triggered a predictable backlash – in Wales, Northern Ireland and even England – among voters and politicians wondering why Scots should have more rights than other U.K. citizens.

Turnout in the referendum was astonishing across Scotland on Thursday, ranging from 75 per cent in Glasgow, the largest city and a crucial battleground, to 91 per cent in the central council of East Dunbartonshire.

Some 97 per cent of Scotland's 4.3 million eligible voters were registered to cast ballots, and the final result wasn't to be known until early Friday when the results from the main cities of Glasgow, Edinburgh and Aberdeen would be tallied.

Mr. Cameron was expected to address the nation early Friday, shortly after the final results were to be announced. The Queen – working on Buckingham Palace's assessment that the No side would prevail – was also due to release a statement Friday.

A palace spokesman told Sky News the Queen was following events from her family home Balmoral Castle in rural Scotland. She is "kept abreast of information … from her team of advisers in London and Edinburgh," the spokesman said.

Many in Scotland went to sleep Thursday night not knowing whether they would wake up Friday still firmly part of the United Kingdom, or marching down the road to independence. The referendum ballot asked a single, Yes-or-No question: "Should Scotland be an independent country?"

"There will be a lot of disappointed people," no matter which way the vote goes, said John Curtice, a professor of politics at University of Strathclyde. "Whatever the result, things are going to change. The constitutional status quo is one thing that's been lost in the referendum."

"I dearly hope it will be 'Yes.' I've been voting for the [Scottish National Party] and for independence, for the past 45 years," said Brendon McQueen, a 66-year-old retired engineer.

Many pro-independence voters fretted that their cause would fall just short – wasting what First Minister Alex Salmond, the head of the Yes campaign, has called a "once in a lifetime opportunity."

"I'm preparing for disappointment – I think there's a lot of silent No's out there – but I'll be gutted because I think we've got an opportunity here that should not be missed," said David Hughes, a 60-year-old retired academic who cast his vote in downtown Glasgow. He was accompanied to the polling station by nine-year-old Harvey Kay, the son of his partner, who was sporting a giant foam "Yes Scotland!" finger. "If we lose I'm going to sell this on e-Bay," Harvey quipped.

Supporters of the union, meanwhile, were worried that a last-hours burst of nationalism would override the economic arguments and propel Scots toward independence and all the uncertainty that would come with it.

"There's a feverish enthusiasm that's gripped a lot of people. You don't know if it's enough to push the Yes side through, or if people's rational side will pull it back to a No," said James Adams, a Labour Party city councillor in the hardscrabble Glasgow suburb of Govan – once the centre of Great Britain's shipbuilding industry, but now a place where unemployment, and pro-independence sentiment, is high.

Embodying how the No side has managed to lose its once-comfortable lead during the last weeks of the campaign, Glasgow-born tennis star Andy Murray – lionized across the U.K. as the first British man to win at Wimbledon since the Second World War – tweeted Thursday that he had decided to back the Yes side, even though he does not live in Scotland and therefore is not entitled to vote. "Huge day for Scotland today! no campaign negativity last few days totally swayed my view on it. excited to see the outcome. lets do this!" he wrote, provoking a celebration on the Yes side, and a flurry of criticism from No supporters.

"I feel quite sad, because no matter what happens we're now a nation divided," said Jennifer, a 33-year-old waitress and Yes supporter who cast her ballot in central Glasgow. She asked that her last name not be used. "Fifty per cent of the people are going to be disappointed. It's going to be really sad."

Will they stay or will they go? Destiny of Scotland hangs on undecided voters
September 17, 2014 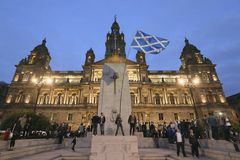 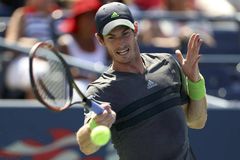 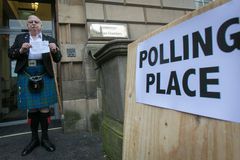