For years, the Vibrant Gujarat investment summit – which took place this week – has allowed business leaders and politicians to pay homage to Narendra Modi and his idea of a more business-friendly India.

Even as the champagne socialists of the Indian National Congress ruled at the centre in New Delhi, Mr. Modi led a leaner, more autocratic and unarguably more efficient government based in the state capital of Gandhinagar. While India's economic growth slowed and national politics became gridlocked, Mr. Modi kept his own bureaucracy running smoothly, encouraged businesses to open and expand with easy access to permits, and wooed foreign investors from across India, Canada, Japan and elsewhere.

As chief minister for 13 years, Mr. Modi gradually sculpted his home state into a model of what modern India could become, and used Vibrant Gujarat as a glimmering showcase of that success: Indian billionaires such as Ratan Tata and Mukesh Ambani, as well as numerous foreign political leaders and diplomats, extolled the fine work of Mr. Modi. Vibrant Gujarat was also a rehabilitation of sorts, a way to rebuild Mr. Modi's tainted image after Gujarat's vicious anti-Muslim riots of 2002.

When it came time for the country's 2014 general election, hundreds of millions of voters cast their ballot for Mr. Modi and his right-leaning Bharatiya Janata Party (BJP) – subsuming any concerns about Hindu nationalist impulses within their hope for a brighter economic future. The result was an electoral victory and a parliamentary majority unprecedented in the BJP's history: 282 of the lower parliament's 545 seats, a result that wiped out the Congress party's chances of influencing national policy, and ended an era of unstable parliamentary coalitions.

But with seven months in power, has Mr. Modi used his mandate to move boldly forward with major landmark reforms that could kickstart India's economy and usher in the new era of development he promised while campaigning? Not exactly.

That has some observers disappointed. Many called the government's first budget lacklustre. Some suggest he should have acted earlier, and more stridently, on issues such as labour reform (it is nearly impossible for big firms to fire people) and subsidies for fuel and fertilizers (which many consider wasteful). Long-time critics, meanwhile, mock Mr. Modi for spending so much of his time as Prime Minister outside India attending international summits, or consolidating his power by helping the BJP win elections in India's state capitals. There are also residual worries – not unfounded – that Hindu nationalist thugs within the BJP will emerge to cause communal chaos.

The reality of his time in power is complicated, like the economic record of his time in Gujarat, which many point out was not as rosy as his supporters made it out to be. Mr. Modi has tinkered with the framework of India rather than rewritten it. He launched a "Make in India" manufacturing campaign, leading to new investments; and he has broken taboos by discussing topics such as rape. He has implemented some reforms, improved the way government operates, and experimented with bolder policies at the state level – such as labour reforms in BJP-led Rajasthan. After a coal mining licence scandal resulted in an estimated loss of $33-billion, Mr. Modi ordered a transparent, online auction of new licences.

Is this the denationalization of the coal industry? Is it the removal of all subsidies? No. But it is something

Stewart Beck, Canada's former ambassador to India, partnered Canada with the Vibrant Gujarat summit even while other foreign diplomats were still shunning Mr. Modi – famously, the U.S. denied him a visa because of the riots of 2002, and Mr. Beck said U.S. officials asked if Canada would grant one to him (it never came up). He says that even though "expectations were overblown" for what he could accomplish, there have still been "big changes" in India, and that Canadians are now well placed to do business there. "With Modi, there's goodwill," he says from the Vancouver offices of the Asia Pacific Foundation of Canada, which he now leads. "How do we capitalize on that?"

How committed is India to fiscal prudence?
Subscriber content
December 22, 2014 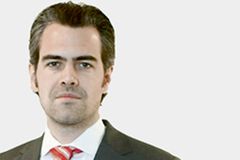 Out of emerging markets? Not so fast
Subscriber content
December 16, 2014 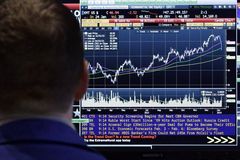 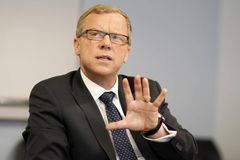