After 70-plus years of fighting for truth, justice and the American way, Superman is giving up his U.S. passport.

Tired of being tarred as a puppet of U.S. policy, the iconic comic-book hero said he would cut his ties, declaring in a recent issue that "the world's too small, too connected."

The Man of Steel might, however, want to rethink his words. Becoming un-American is a lot easier said than done.

Never mind the emotion. Renouncing the most coveted citizenship on the planet can take years and may cost nearly half of everything you own, including your real estate and pension.

A series of tough new U.S. tax laws, designed to root out Americans hiding money offshore, is suddenly prompting many expatriates to consider the ultimate act of national repudiation – becoming un-American. In a move set for 2014, the U.S. Internal Revenue Service will require foreign financial institutions to identify all accounts held by Americans. Many Canadian banks and brokers are already starting to document customers with suspected ties to the U.S.

That's put many of the roughly one million Americans living in Canada in a strange limbo – afraid of breaking the law, but even more fearful of the potentially enormous cost of coming out of the shadows.

The situation is akin to the Eagles' Hotel California: You can check out any time you like, but you can never leave.

"If I didn't care about having money, it wouldn't be an issue," explained Dave (not his real name), who came to Toronto as a student in the 1970s and stayed.

"But it would be financially ruinous. To renounce my citizenship would mean losing half the money I've ever had, for no good reason."

Dave is now in his mid-50s and married to another American. He became a Canadian citizen in the 1990s, started a family and built a successful career as a communications consultant. And he has dutifully paid taxes in Canada ever since. Now, though, he's angry and frustrated that his country of birth won't leave him alone, but is unwilling to speak publicly for fear of being exposed – and taxed.

The catch lies in the fact that, unlike virtually every other country, the United States requires its citizens to file tax reports with the IRS on their worldwide income every year, regardless of where they live. That means annual filings with the IRS as well as in Canada. If you've been dutifully paying taxes in Canada, you may not owe much because the U.S. credits individuals for what they've already paid. But the IRS won't overlook the steep penalties for not filing – and it can reach back years to collect.

Canada is believed to be home to more U.S. expats and dual citizens than any other country. And like Dave, an untold number of them long ago stopped filing U.S. taxes as required, willfully ignoring the law or wrongly assuming they had renounced their citizenship by becoming Canadian.

Not so. Americans are Americans until the U.S. government officially says they're not.

That has put tens – perhaps hundreds – of thousands of people like Dave in a sort of trap. On a recent trip to the United States, a border guard noticed his U.S. birth in his Canadian passport. And by law that means he's required to enter and leave the United States on a U.S. passport, as the guard pointed out.

But getting a U.S. passport would almost certainly force him to come clean with the IRS. And that would mean years of back taxes, possible penalties and an obligation to file taxes in the U.S. for the rest of his life.

"I'm feeling a terrible sense of insecurity," Dave acknowledged. "I resent being made to feel dishonest. If there was a way to deal with this reasonably, I would. I'd like to leave my citizenship behind, but I can't."

Dennis, a professor at a major Canadian university, is in a similar bind. He came to Canada in 1995 and never went back. He too was recently warned at the U.S. border about travelling on his Canadian passport. He's worried he'll soon be unable to cross the border to visit family and friends.

Recently, Dennis investigated the option of formally giving up his U.S. citizenship. He quickly realized that it could be financially ruinous.

"The United States doesn't allow you to renounce your citizenship easily," Dennis, who also wants to remain anonymous, said.

Janet Selby, meanwhile, never imagined she was anything other than a Canadian.

After all, she has lived in Canada for all of her 47 years. She went to school here, voted in elections, travelled on a Canadian passport and built a successful career as an accountant and corporate recruiter.

But when her online broker noticed her U.S. birth, she was forced to confront a long-ignored past. Ms. Selby spent the first four days of her life in the United States, born in 1963 to two Canadians pursuing graduate work at the University of Illinois in Champaign, Ill.

That makes Ms. Selby an accidental American – a reality she now realizes comes with sweeping tax and reporting obligations that could cost her thousands of dollars and a monster headache.

"It's frustrating," Ms. Selby said from Toronto, where she has lived most of her life. "I'm a responsible citizen. I've paid my taxes dutifully since I've been earning money. It makes me feel like it's an overreaching tax grab by the Americans."

She recently approached the U.S. consulate in Toronto for clarification about her citizenship status. Their suggestion was to apply for a U.S. passport she says she doesn't want.

Renunciation, on the other hand, is no easy out. You have to pay a $450 (U.S.) fee, sign a renunciation oath before a U.S. embassy or consular official and make peace with the IRS.

Once that's done, it's Uncle Sam's turn. The IRS requires that you file special documents and then file any back taxes. That typically means at least five years of back taxes and perhaps penalties for not having filed in the past.

But the most significant hurdle of all is the exit tax that many would face. A 2008 law – the Heroes Earnings Assistance and Relief Tax Act, or HEART – assumes that expatriates dispose of all their worldly property when they renounce their citizenship. The tax applies to wealthy individuals, defined as those with annual income of roughly $150,000 or net worth of at least $2-million. So that house in Oakville, the cottage in Muskoka and the pension? The IRS will tax it as if it had been sold. And paying the U.S. tax won't clear you of any eventual capital gains you might owe in Canada when you actually sell.

For many Canadians, that would mean giving nearly half a lifetime of gains to the IRS. And the reconciliation process can take years.

In spite of the hurdles of renunciation, a small but growing number of mainly wealthy Americans is choosing that route.

Last year, 1,534 Americans formally renounced their U.S. citizenship – more than twice as many as in 2009 and a sevenfold increase from 2008. The number is projected to grow again this year, but it's still a tiny fraction of the millions of Americans living outside the U.S.

The final humiliation: The U.S. government publishes the names of all new un-Americans quarterly in the Federal Register. 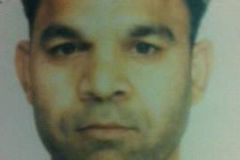 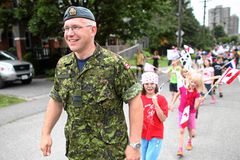