Cheered by adoring fans, the Mother of the Nation walked the red carpet at the premiere of the new Mandela biopic, hugging the movie stars, chatting with cabinet ministers and confessing her excitement at the champagne reception.

These are glamorous times for Winnie Madikizela-Mandela, the former liberation hero and ex-wife of Nelson Mandela. At the age of 77, her life is being celebrated in two films this fall, while her latest prison memoir is being published around the world. She is mobbed by admirers at conferences and on her new Twitter account.

Yet at the peak of her resurgent popularity, South African police are reopening an old chapter of her life – a chapter of violence, kidnapping and vigilante justice. A murder investigation into the disappearance of two men in 1988 is moving closer to her. Their suspected remains were exhumed from a Soweto cemetery this year, and The Globe and Mail has learned that one of the bodies has now been identified as a man who was last seen with her and her thuggish bodyguards in November, 1988.

The story of "Mama Winnie," as she is known, has gripped the country because it symbolizes the moral ambiguity of South Africa's liberation leaders since the fall of apartheid. The question often asked here is whether the courage and suffering of the anti-apartheid heroes is still sufficient to outweigh the growing evidence of criminal wrongdoing by many of them.

Ms. Madikizela-Mandela remains hugely popular among many South Africans, lionized as the veteran of the struggle who suffered prison and internal exile for her ideals, and the brave Mother of the Nation when Mr. Mandela was jailed at Robben Island. But she is dogged by persistent controversy over her celebrity lifestyle, her apparent indifference to her duties as a member of parliament, and the criminal allegations from the 1980s that seem likely to be revived if the police decide they have enough evidence for murder charges.

At the same time, Ms. Madikizela-Mandela seems to be moving towards a deeper breach with her traditional allies in the ruling party, the African National Congress, triggering speculation that she might jump to a rival party, even though she is still a member of the ANC's national executive.

In her new book, 491 Days, she makes an explosive allegation: The former anti-apartheid leaders who now govern South Africa are becoming "more and more like our oppressive masters." Many of the new rulers, she said, are primarily interested in their own "enrichment."

The new evidence in the 1988 criminal case has been under investigation since last year by the Hawks, the elite priority-crimes unit of the South African police. They are focusing on two young men – 21-year-old Lolo Sono and 19-year-old Siboniso Tshabalala – who disappeared in November, 1988, after they were allegedly abducted by the Mandela United Football Club, a gang of youth vigilantes who lived with Ms. Madikizela-Mandela in Soweto in the final years of apartheid.

The Truth and Reconciliation Commission, an inquiry that investigated the cases in the late 1990s, concluded that the two men were assaulted and killed because they were suspected of being police informers. The commission said Ms. Madikizela-Mandela "must accept responsibility" for the disappearance of the two men, along with other crimes.

In 1991, Ms. Madikizela-Mandela was convicted of kidnapping and assault in connection with the murder of 14-year-old Stompie Moeketsi, who was killed in December, 1988. But the assault conviction was later overturned and the prison sentence was suspended.

"Between August 1988 and the end of February 1989, the residents and associates of the Mandela household, including Ms. Madikizela-Mandela herself, were implicated directly or indirectly in a range of incidents – including assaults and abduction, and the murder and attempted murder of at least a dozen individuals," the Truth and Reconciliation Commission concluded.

The police and the commission searched for the bodies of Mr. Sono and Mr. Tshabalala in 1997, but their remains were never found, and no criminal charges were ever laid. Now, however, this may be changing.

On March 12, the skeletal remains of two people were exhumed from pauper's graves at Avalon cemetery in Soweto. Investigators took DNA samples from the families of Mr. Sono and Mr. Tshabalala and began trying to confirm the identities of the remains.

Nearly eight months later, there has been a breakthrough. Captain Paul Ramaloko, a spokesman for the Hawks, told The Globe that one of the bodies has been identified as belonging to one of the two missing men, although he would not say which one.

"The family has not yet been informed," he said. "We are awaiting the results on the second body, so that both families can be informed at once."

He said the police are also waiting for the results of autopsies to confirm the causes of death. But mortuary records have reportedly shown that the two bodies had multiple stab wounds.

In a statement after the bodies were exhumed, Ms. Madikizela-Mandela said she was shocked at the suggestion that she could be prosecuted for the deaths of Mr. Sono and Mr. Tshabalala. Those matters were "comprehensively dealt with" by the Truth and Reconciliation Commission in 1997, and it is "difficult to legally imagine" how the courts could reach a different conclusion, the statement by her lawyer said.

While she basks in the attention of the new $35-million Mandela film, along with a separate Hollywood movie on her own life and a reality television show about her and two granddaughters, South Africans continue to debate whether she should still be considered a hero to the nation.

"She is the face of our historical myopia, our refusal to accept that the past cannot be reduced to a simple narrative of suffering and salvation," wrote Chris Thurman, a teacher at the University of the Witwatersrand, in a South African newspaper on Monday.

"How much are we willing to tolerate from our struggle icons gone wrong?" he asked. "We gloss over serious moral shortcomings – with huge implications – and choose instead to focus on easy iconography." 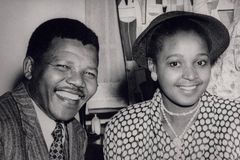 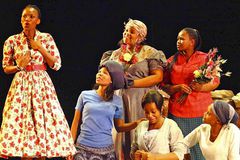 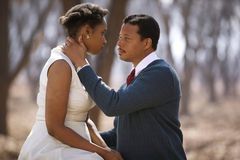 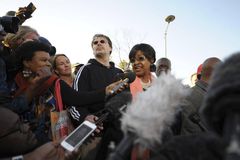 The problem with depicting the life of Nelson Mandela on film
September 19, 2013