Two very different histories are told at the south end of Freedom Square, in the heart of the Hungarian capital.

A stone statue of the Archangel Gabriel, a symbol of Hungary, stands at the edge of the square looking innocent and unaware while an eagle – obviously crafted to resemble the one on the German coat of arms – dives toward him with extended claws. The date 1944 is attached to the eagle's ankle. "In memory of the victims," reads the inscription at the base of the monument, as if the Second World War, and Hungary's role in it, began with the Nazi occupation of the country that year.

Facing the monument is a reminder of all that's left unsaid by the angel and the eagle. Laid on the sidewalk in a long row are the personal effects – including a crumpled brown suitcase, a pair of eyeglasses missing a lens and a pair of blue toddler's shoes – belonging to some of the hundreds of thousands of Hungarian Jews who died in the Holocaust. Among the dead were tens of thousands of Jewish refugees from Poland who were deported to German-occupied territories prior to 1944 by a Hungarian government that was allied to Nazi Germany for the first five years of the war.

Building of the monument was finished in the middle of the night shortly after Prime Minister Viktor Orban won re-election this spring. But the Federation of Jewish Communities in Hungary has condemned its erection and declared a boycott of all activities connected with what was supposed to be an official year of Holocaust remembrance.

"This monument is a lie," said David Tucker, a Jewish activist and a member of the opposition Socialist party. "They say the Holocaust happened because of the German occupation. They don't talk about the political situation in Hungary in the 1920s, '30s and '40s. It's very dangerous, I think."

That Hungary is again debating the role it played during the Holocaust is a testament to the dark turn the country's politics have taken over the past five years, as Mr. Orban – who has positioned himself as something of an heir to 1930s strongman Miklos Horthy – has consolidated his hold on power. Meanwhile, the extreme right Jobbik party, which employs anti-Semitic and anti-Roma rhetoric, has emerged as the biggest challenger to Mr. Orban's centre-right Fidesz party.

Both parties idealize the Horthy era as the last time Hungary was strong and independent. Mr. Orban has cloaked himself in Horthy-esque nationalism as he has defied the European Union and United States to move the country closer to Vladimir Putin's Russia, arguing that closer ties with Moscow are in Hungary's sovereign interest.

Parallels are drawn to how Mr. Horthy charted an independent foreign policy in the 1930s, one that made him unpopular with the Allied powers, but helped regain the lands Hungary lost under the hated Treaty of Trianon after the First World War. Mr. Orban's supporters point out that Mr. Horthy later reversed course and deserted the Nazis when the alliance was no longer in Hungary's interest, provoking the 1944 invasion.

Zsoltan Kovacs, a spokesman for the Prime Minister, said the monument was not about rewriting history, as many critics charge, but "putting back history, or historical perspectives, to where they should be."

Negative perceptions of the Horthy era, Mr. Kovacs said, are rooted in Communist-era history textbooks that aimed to demonize that regime. "I don't think Horthy stands out in a negative way," compared to other European rulers of the interwar years, he said.

"One thing is for sure is that after March 19, 1944, the country lost its sovereignty. It was occupied. And there's a historical fact that before that there was no Holocaust in this country, and then after the Germans came there was a Holocaust. And there were, besides the victims of the Holocaust, many other victims actually."

That's a telling of history that makes many Hungarian Jews – and democrats – cringe. The Horthy government imposed a series of harsh anti-Jewish laws as early as 1938, putting restrictions on how many Jews could work in certain professions and stripping most of their right to vote. Eventually, marriage and sexual relations were banned between Jews and non-Jews.

Mr. Tucker said the monument risks inflaming anti-Semitism that's already on the rise in Hungarian society. Stereotypes about Jews controlling the media and financial system are widespread, leading to rising resentment, particularly in smaller cities and towns where the economy is struggling. While violence targeting Jews is rare, especially in Budapest, Mr. Tucker said that it was common to hear anti-Semitic remarks. "Walking with a kippa on your head is not too secure," he said.

Political analysts say the monument, and Mr. Orban's embrace of the Horthy era, are influenced as much by a desire to prevent Jobbik from claiming such a key nationalist figure as their own as by Mr. Orban's own ideology. With the country's political left in tatters, Jobbik has seen its support rise in three consecutive parliamentary elections – it collected more than 20 per cent in a March vote – and the party finished second to Fidesz in 18 out of 19 counties in local elections this fall.

Jobbik uses the Horthy era to support its calls for the building of a "Greater Hungary." The party's campaign material includes a map that shows the country reunited with the Hungarian-populated land areas of Romania, Serbia, Slovakia and Ukraine that were stripped from it under the Treaty of Trianon.

A Hungarian appeal court ruled last year that it was not slanderous to describe Jobbik as neo-Nazi – and a senior member of the party called in 2012 for a list to be made of Jews who posed a "national security risk."

In an interview, Gabor Staudt, a Jobbik MP who was the party's candidate for mayor of Budapest this fall, denied Jobbik is anti-Semitic. He said the party stands for Catholic and Christian values, and is unfairly described as anti-Semitic because it takes a pro-Palestinian position on the Middle East conflict. "I have some Jewish friends," Mr. Staudt said. "I don't see my party as anti-Semitic."

Hungary at centre of Cold War-style struggle between Russia and the West
December 14, 2014 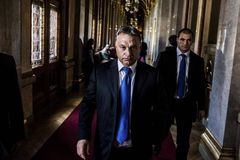 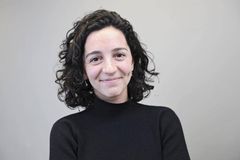