Who is Stephen Bannon? How he fits in Trump's unusual inner circle, and why he worries so many

President-elect Donald Trump's West Wing team is beginning to take shape, and it includes an unusually prominent role for the conservative media mogul whose site – known for white-supremacist, misogynist rhetoric – helped bring the Republicans to power. Here's a guide to who does what in the Trump White House. 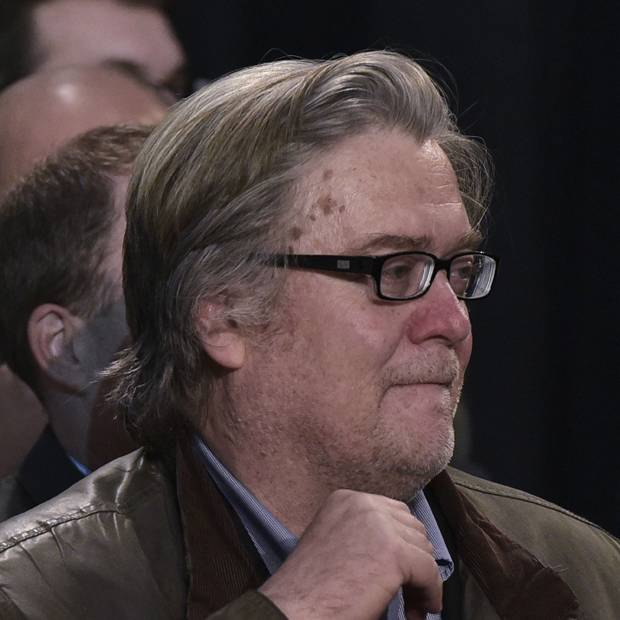 Who is he? The late Andrew Breitbart, who founded the far-right website Breitbart News in 2007, once admiringly called Mr. Bannon the Leni Riefenstahl of the Tea Party movement, a reference to the German filmmaker who became the Nazi regime's leading propagandist. Mr. Bannon, an investment banker turned media mogul, initially had a fairly mainstream film-industry career – he was a co-executive producer on 1999's Titus, starring Anthony Hopkins, and he made a deal that left him with a share of Seinfeld royalties. But in the 2000s he turned his admiration for Reagan-era conservatism into a career making documentary films championing the nascent Tea Party, endearing him to the anti-immigration and white-supremacist circles of the "alt-right." In 2012, when Mr. Breitbart died, Mr. Bannon became executive chairman of the website, and under his tenure it became known for incendiary headlines like "Would you rather your child had feminism or cancer?" and for anti-Semitism, once calling conservative commentator Bill Kristol a "Republican spoiler, renegade Jew." During the 2016 election, Breitbart turned its full support behind Mr. Trump, and in August – when Mr. Trump's campaign manager, Paul Manafort, was fired under a cloud of suspicion over reported ties to pro-Russian groups in Ukraine – the Republican candidate hired Mr. Bannon to take his place.

What is his job? As Mr. Trump's chief strategist, Mr. Bannon, 62, is at the heart of the president-elect's inner circle, and the Trump campaign has said he'll work "as equal partners" with Mr. Trump's chief of staff, Reince Priebus.

What are the concerns? His presence in the Trump inner circle has raised red flags with human-rights groups like the Southern Poverty Law Center, who called him "the main driver behind Breitbart becoming a white ethno-nationalist propaganda mill." Personal accusations of prejudice have Jewish Americans worried about his new role in the White House. His ex-wife, Mary Louise Piccard, said in court papers obtained by Associated Press that he made anti-Semitic remarks when the two battled over sending their daughters to private school nearly a decade ago; in a sworn court declaration following their divorce, she said her ex-husband had objected to sending their twin daughters to an elite Los Angeles academy because he "didn't want the girls going to school with Jews." (Alexandra Preate, a spokeswoman for Mr. Bannon, denied he'd ever said such things.) Since Mr. Bannon's appointment was announced, Mr. Priebus has taken steps to soften his image, telling NBC's Today show on Monday that Mr. Bannon has exhibited none of the racist, sexist or other qualities attributed to him and the Breitbart website, and that the site's more inflammatory content wasn't Mr. Bannon's writing.

Who is he? Mr. Priebus, the 44-year-old chairman of the Republican National Committee, stands in stark contrast to the anti-establishment Mr. Bannon: A Wisconsin lawyer and Washington veteran with close connections to the current Republican leadership in the House, his appointment is being perceived as a concession to moderates in the party.

What is his job? He will play a significant role in policy making as chief of staff, a role that involves liaising with cabinet agencies, deciding what information makes it to the president's desk, and often being one of the last people in the room with the president as major decisions are made.

What are the concerns? Having an equal role with Mr. Bannon is potentially risky, creating two power centres in the West Wing under a leader who has long encouraged rivalries in his businesses. On Sunday, Mr. Bannon tried to play down the prospect of friction between the two: "I want to thank president-elect Trump for the opportunity to work with Reince in driving the agenda of the Trump administration," Mr. Bannon said in a statement. "We had a very successful partnership on the campaign; one that led to victory. We will have that same partnership in working to help president-elect Trump achieve his agenda."

Who they're working with 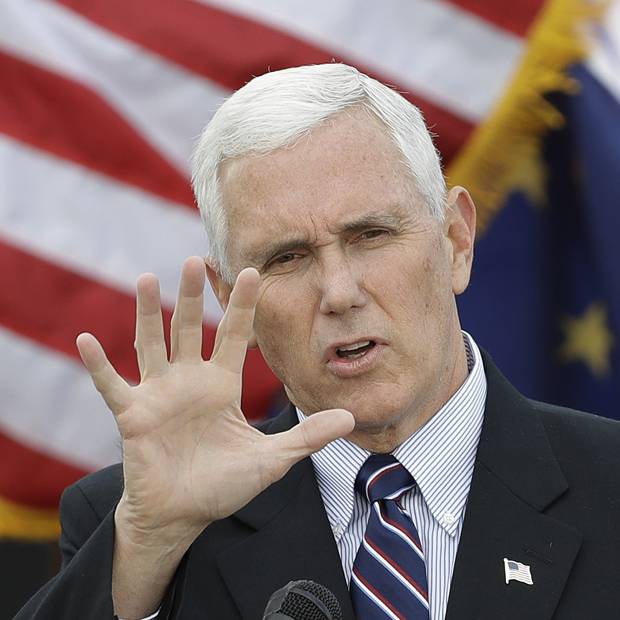 Mr. Trump's transition team is led by his vice-president-elect, Mike Pence, a former Indiana governor whose evangelical Christianity and social conservatism helped secure the support of religious conservatives who might not otherwise have voted for a thrice-married former playboy. The presence of Mr. Pence – who has a political track record legislating against abortion and same-sex marriage – has women's rights groups and LGBT advocates worried about the policy directions a Trump presidency would take. The team's executive committee includes his three adult children Donald Jr., Eric and Ivanka, as well as Ivanka's husband, Jared Kushner. 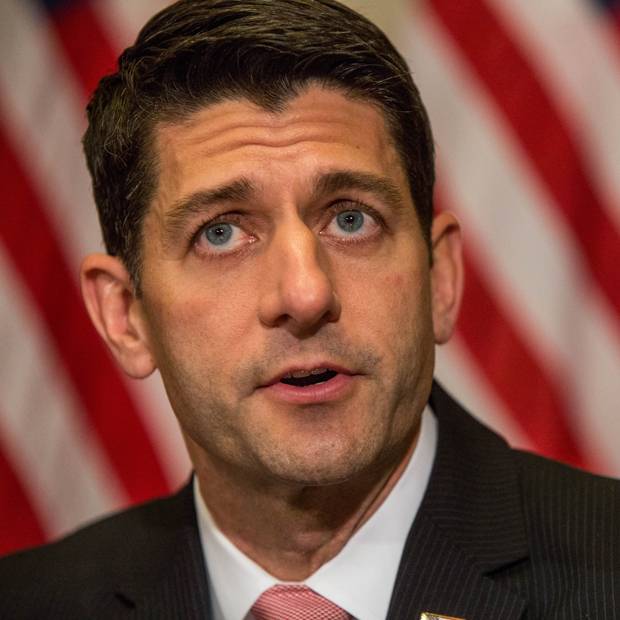 To Donald Trump the candidate, Mr. Ryan was the face of a Washington establishment he promised to demolish; but to Donald Trump the president-elect, Mr. Ryan is the Republicans' point man in the House of Representatives. The two make unlikely allies; only a month ago, Mr. Ryan, 46, pledged not to campaign with the Republican candidate – focusing instead on congressional races – while Mr. Trump was under fire for a 2005 video in which he boasted about groping women. But now, Mr. Ryan's support for Mr. Trump could be crucial to his own political fate, including a possible future presidential run. 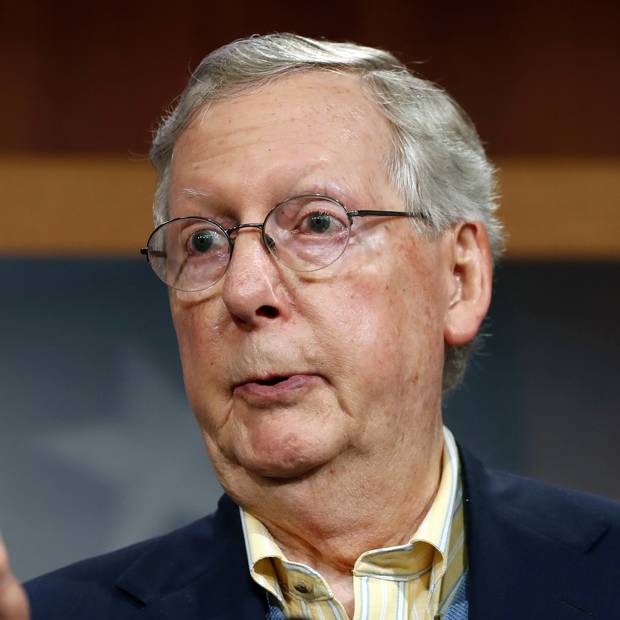 Mr. McConnell, a 74-year-old Senate veteran from Kentucky, got on board with Mr. Trump early, backing him as soon as he secured the Republican nomination. Mr. McConnell is known for professional relationships that are all business and have nothing to do with personality. So even though the closed-mouth Kentuckian would seem to have nothing in common with a freewheeling Manhattanite like Mr. Trump, allies say that doesn't matter to Mr. McConnell.

Who is Melania Trump? A closer look