A campaign to pardon computer pioneer Alan Turing, who was convicted of homosexual offences after helping Britain win the war, is ramping up.

Celebrated physicist Stephen Hawking on Friday lent his name to a letter to Prime Minister David Cameron and, in a parallel effort, a private-member's bill to pardon the late scientist is winding its way through Parliament.

The British government has formally apologized for its treatment of Mr. Turing, with former prime minister Gordon Brown calling it "appalling" in 2009. But he stopped short of a pardon. And when asked again earlier this year, the justice minister in the coalition government noted that he had been convicted under the laws as they existed at the time.

"Long-standing policy has been to accept that such convictions took place and, rather than trying to alter the historical context and to put right what cannot be put right, ensure instead that we never again return to those times," Lord McNally, a Liberal Democrat, saidat the time.

One of the signatories on Friday's letter, Conservative parliamentarian Lord Grade, told the Daily Telegraph that there was no reason the government couldn't pardon everyone convicted under what is now seen as an unjust law, starting with Mr. Turing.

"Successive governments seem incapable of forgiving his conviction for the then crime of being homosexual," the letter is reported to read. "We urge the Prime Minister to exercise his authority and formally forgive this iconic British hero."

Mr. Turing was a brilliant mathematician who helped lead the effort at Bletchley Park to break the Nazis' Enigma code. He was awarded the Order of the British Empire in 1945 for his wartime services, much of which remained classified for decades.

After the war he worked on early computer technology and invented the Turing Test, which defined the standard by which a machine can be considered intelligent.

In 1952, he was charged with gross indecency after going to police about a robbery that involved a young man he had met. Given the choice between imprisonment and a form of chemical castration, he opted for injections of synthetic estrogen. In an era in which blackmail of homosexuals by the Soviets was widely feared, the crime also prompted the removal of his security clearance and ended his cryptography work for the government.

Two years later Mr. Turing was found dead beside a partially eaten apple laced with cyanide. It was assumed that he had committed suicide due to the fallout of the scandal. A plaque at his statue in Manchester describes his achievements but finishes by calling him a "victim of prejudice."

At the time of his death his wartime efforts were still secret and he was relatively unknown to the public. But his star continued to rise over the decades and his work at Bletchley earned him accolades after being unclassified in the 1970s.

His brilliance is remembered today with the Turing Test, a modified version of which continues to be used online, and with the Turing Award, the highest award in computing and sometimes known as that field's Nobel Prize. And there are duelling petitions, with some arguing a statue of him should be mounted on the fourth plinth at Trafalgar Square, which has no permanent occupant, and a less popular one one saying the plinth itself should be named for him. 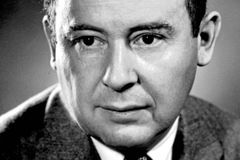 Restoring the wartime birthplace of the modern computer
January 16, 2012 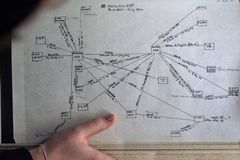