Owning a Stradivarius immediately puts a violinist into one of the world's most exclusive clubs. Either you're rich enough to own one, which as a musician is an accomplishment in itself, or you've won the privilege to play one through a contest or fellowship. But for those who don't play violin, the idea of a Stradivarius can be confusing. Here's what you need to know about the legendary instruments.

What is a Stradivarius?

Stradivarius is actually the anglicized form of Stradivari, the last name of Antonio Stradivari. Stradivari was an instrument maker in the northern Italian city of Cremona. Born around 1644, he started making string instruments as early as 1666. But it wasn't until later that he started experimenting, making the bodies of his violins shallower than what was normal at the time, and redesigning the bridge, the small piece of wood that props up the strings. His proportions have since become the standard for violin makers. Stradivari's golden period, from about 1700 to 1725, is supposed to be the period during which he produced his best work. Though he's known best for his violins, Stradivari also made violas and cellos, which can fetch millions at auctions.

How expensive are Stradivarius violins?

That depends. The most expensive instruments are those made during Stradivari's golden period and those with connections to historical figures. Like most auctionable items, stories are good for increasing the price. For example, the Molitor Stradivarius is rumoured to have been owned by Napoleon. In 2010, it sold for $3.6-million (U.S.), which at the time was a world record. That record was broken in 2011, when the "Lady Blunt" Stradivarius sold for the equivalent of $15.9-million.

Any of the golden-period instruments are usually worth millions, and their worth increases on average by 8 per cent to 12 per cent each year. The Arnes Stradivarius, which was recovered Thursday, was built in 1734, so a little after Stradivari's golden period. Back in 1980, it was valued at about $250,000. Today, it would be worth a lot more. Many pre-golden-period instruments get close to the million mark these days. For example, the Kubelik Stradivarius, built in 1687, sold for $945,000 in 2003.

Why are they so expensive?

That's a difficult question to answer. For one, they are rare. Only about 650 surviving Stradivarius violins exist, and many of them are in the hands of private collectors, safely hidden from public view. There are even fewer cellos, about 55, and about 12 violas.

One of the biggest factors in price is how good they sound. Stradivarius violins are arguably the best violins ever made, though some in the instrument-making community will argue they're overrated. But experts have long touted the sweetness and depth of the violins' sound. Musicians who have played them have praised their power: They produce quality notes from the lowest to the highest tones and can be heard clearly, even over great distances. Supposedly, they also are satisfying to play, responding to the slightest touch.

There have been many theories as to why the violins sound the way they do. People have proposed explanations ranging from the construction to the type of varnish used, and even to fungi that grew on the logs used for their construction.

How can appraisers tell whether a Stradivarius violin is genuine?

There's no shortcut. Many people think because their violin has a Stradivarius label, it's the real thing. But in fact, thousands of violins have been made with the label. Most of them are copies of a specific Stradivarius violin but, more often than not, they're not even worth a fraction of the original.

To verify whether a violin is a Stradivarius, an experienced appraiser, who has examined thousands of violins, will look at the design, wood, varnish and every other part of the violin. For instance, the pins Stradivari used to fit the back onto the rest of the violin are very distinct.

I really want to play a Stradivarius. How can I do that?

Good luck. Even world-famous musicians often can't afford them. Usually, rich benefactors will lend a Stradivarius to a musician. In return, they usually enjoy private concerts whenever they want.

If you're a young and aspiring violinist, you can also try your hand at the Stradivarius International Violin Competition. In 2007, the finalists were allowed to perform their pieces on a lent Stradivarius violin. The Menuhin Competition, another violin contest for young players, has a one-year loan of a golden-period Stradivarius as its top prize.

Stradivarius stolen from violinist Roman Totenberg in 1980 has been found: daughter
August 6, 2015 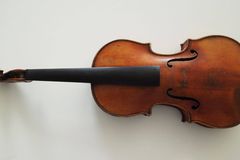 When a violin will net you millions of dollars
February 11, 2014 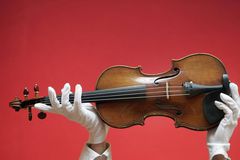 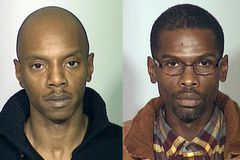