A poll just named her the most popular British prime minister of the past 50 years, but Margaret Thatcher can't seem to get the same recognition in her hometown.

The city of Grantham is in the midst of a contentious debate about erecting a 2.4-metre marble statue of the Iron Lady in its main square. And much like Mrs. Thatcher's blunt politics, the debate about the proposed project has been divisive. Proponents of the statue argue that commemorating one of the town's best-known figures is long overdue. Others say Mrs. Thatcher remains a controversial figure and that the statue, already decapitated once by a protester, would attract vandals.

"There really is very strong feeling either way when you talk about Margaret Thatcher," said local Councillor Charmaine Morgan, a Labour Party representative who opposes putting a statue of Mrs. Thatcher in the town square.

"There is a general recognition that while some people think she is absolutely fabulous and worship the ground she walked on, there are others who feel completely the opposite way about her and her policies."

Former Grantham mayor and Conservative Councillor Ray Wooten, who is leading the campaign for a statue, agrees the town is divided, but he insists it's time Grantham did more to recognize its famous daughter.

"I think the town's general population really doesn't appreciate all that she has done for this country. … As prime minister, she put the Great back into Britain."

A visitor to this city of about 35,000 in the eastern Midlands would be hard-pressed to know Mrs. Thatcher spent the first 18 years of her life here. She left to attend Oxford University, worked as a chemist for a few years and then turned to politics, serving as prime minister from 1979 to 1990. The only visible presence of her is a small plaque on the building where Mrs. Thatcher's father ran a grocery store while the family lived upstairs. The plaque simply says "Birthplace of the Rt. Hon. Margaret Thatcher MP First woman Prime Minister of Great Britain and Northern Ireland."

The building is now a chiropractors' office and curious visitors are politely shooed away by receptionist Wendy Day.

"We get a lot of people coming by and asking about her," Ms. Day said on Monday after yet more inquiries. "They want to see the rooms upstairs, but there is nothing to see. It's all treatment rooms."

The volunteer-run Grantham Museum, which is open only three days a week, has a token display dedicated to Mrs. Thatcher tucked in the back. It consists largely of some school records, press clippings, shoes and, of course, a handbag.

Contrast that with Isaac Newton, the godfather of physics, who occupies a commanding presence in Grantham, even though he wasn't actually born in the city but attended primary school here. There is a large statue of him in the square, a plaque at his school and even an Isaac Newton Shopping Centre. Even a former long-serving local member of Parliament, Frederick Tollemache, rates a large statue in the town square.

Mr. Wooten and other local Conservatives have been pushing for a Thatcher statue for years but the interest heated up earlier this month when the manager of the museum, Jayne Robb, suggested that Grantham was on the verge of acquiring a statue of Mrs. Thatcher from a London gallery. That replica was commissioned by the House of Commons and unveiled by the former prime minister in 1998. It was put on display at London's Guildhall Art Gallery where, in 2002, a theatre producer attacked it with a cricket bat and cut off the head with an iron bar. The $230,000 artwork was restored, put into storage at the House of Commons and eventually returned to the gallery.

When Ms. Robb told the local BBC radio station about the prospect of the statue's relocation, it prompted a sharp backlash from the museum's board. Ms. Robb was suspended and museum directors denied the statue was en route. But many in town now argue that acquiring the Guildhall statue or doing something else to honour Mrs. Thatcher makes sense. It might also help boost tourism and the local economy, which relies mainly on food processing and a nearby military base.

Ms. Morgan, the leader of the Labour councillors, supports putting the statue in the museum, but not in the main square. "We simply couldn't guarantee that it wouldn't come under attack again," she said. She pointed out that Grantham is close to the coal mines that Mrs. Thatcher closed down in the 1980s and strong feelings remain.

Mr. Wooten argues that vandalism fears are overblown and steps can be taken to protect the statue.

At least a few locals don't seem to mind having a statue of Mrs. Thatcher in the square. "I think it's a good idea," said Emma Charles as she sat on a bench in the town square on a sunny Monday afternoon with two friends, who nodded in agreement. "They've got one of Isaac Newton, and he wasn't even born here."

Margaret Thatcher was for turning away Canada's constitutional lobbyists
May 11, 2018 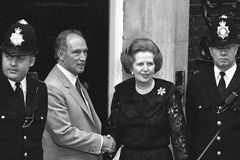 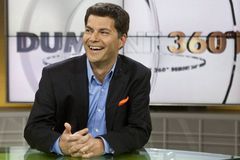 Britain's hold on tiny islands as firm as Iron Lady's will
May 3, 2018 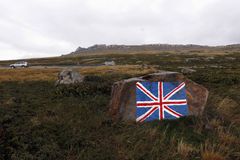