Israel's sophisticated and expensive anti-missile Iron Dome was hailed for intercepting hundreds of crude but deadly incoming rockets fired from Gaza in the latest flare-up of fighting. But some independent missile analysts, including one who called out the Pentagon for similarly extravagant success claims for Patriot anti-missile systems during the Persian Gulf war, question Israel's claim of a "kill" rate approaching 90 per cent.

"Initially, I drank the Kool-Aid on Iron Dome, just as initially I did with the Patriots," said Theodore Postol, a physicist and missile-defence expert at the Massachusetts Institute of Technology. It was Prof. Postol who, during the 1991 Persian Gulf War, debunked Pentagon claims that its Patriot anti-missile system was successfully shooting down Iraqi Scud missiles.

"I'm skeptical. I suspect it is not working as well as the Israelis are saying … but there is great value in the strategic deception" in claiming very high success rates, Prof. Postol said in an interview. Although hard evidence is scanty, he pointed to the absence of secondary blasts – indicating the interceptor warhead exploded but did not ignite the incoming missile – and, more importantly, the lack of damage evident on missile carcasses recovered in Israel and filmed by the media.

If the missiles launched from Gaza were being intercepted – blasted out of the sky rather than falling short of exploding harmlessly – the wreckage should bear the telltale scars of punctures caused by tiny rods blasted from the Iron Dome interceptor warheads, he said.

Even experts who believe Iron Dome performed impressively question whether it could cope with a better-armed adversary capable of firing missiles from military launchers, not holes in the ground and cobbled-together launchers in the backs of trucks as is the case in Gaza.

Ben Goodlad, a senior analyst specializing in missile-defence systems at HIS Jane's in London, said Iron Dome "performed very, very well and clearly it reduced the number of Israeli casualties." Using the latest Israeli Defence Forces figures of 481 successful intercepts and only 81 rockets fired from Gaza that got through, Mr. Goodlad said the success rate was about 84 per cent.

But he questioned whether the system could cope with waves of incoming missiles, and said the still-new Iron Dome system was firing multiple interceptors – "sometimes two or three" – against a single incoming rocket, a tactic that could skew its efficacy rate if multiple and expensive interceptors were needed to ensure success.

Most of the rockets fired from Gaza are crude, relatively slow and cost only a few hundred dollars. "The rockets being launched [by Hamas] are pretty substandard munitions," said George Stejic, president of Tesla Laboratories, Inc., which has commissioned an investigation into Iron Dome's effectiveness. "Israel has every reason to overexaggerate the efficiency of Dome, just as we did with Patriots during Desert Storm," he said.

Richard Lloyd, the missile-system expert conducting the investigation for Tesla, said his preliminary findings echoed Prof. Postol's doubts. There are few demonstrable examples of incoming rockets intercepted by Iron Dome and showing the sort of telltale damage that would be obvious if they have been blasted by the spray of rod-like pellets from an Iron Dome's warhead, he said. 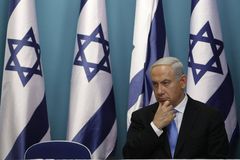 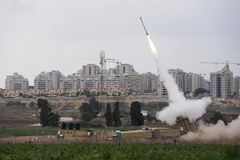 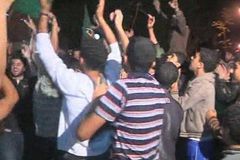 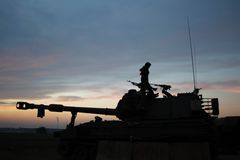 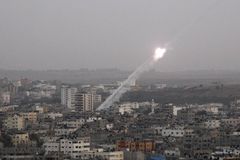 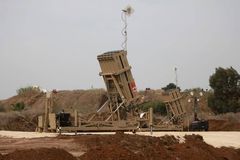 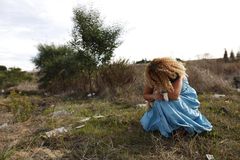 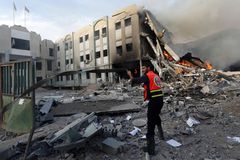