Talks of tipping points, battles for Damascus and a regime on its last legs have all proved to be false dawns over the past number of months. So just how badly off is President Bashar al-Assad's government?

On the battlefield, the regime has proved stubbornly resistant. In the north, government forces on Sunday broke out of their Wadi al-Deif and Hamidiya military bases and outflanked rebels that had been besieging them for months, according to both activists and pro-government media. Districts of central Homs have been retaken by the government in recent weeks and rebels have been successfully fought off in Quneitra, along the Syrian-Israeli demilitarized zone.

Aleppo International Airport, a strategic asset for the regime in the north, was thought to have been close to falling into rebel hands in February. It hasn't happened. Baba Amr, a symbol of resistance in Homs, was retaken by government forces last month.

The Damascus government still has an arsenal of weapons that includes thousands of tanks and infantry fighting vehicles, a fleet of MIG aircraft and thousands of rockets and surface-to-surface missiles. The city of Damascus – the chief prize – is today a fortress.

Reports of defections have all but died out – these days there are few in the Syrian army uncertain where their loyalties lie. Rebels have taken dozens of military bases, shot down tens of helicopters and fighter jets, but deadly air strikes have not stopped.

Furthermore, Syria's Western-backed political opposition has clearly been caught out in its own backing of Jabhat al-Nusra – an Islamist fighting force now openly aligned with Al-Qaeda.

To state the obvious, Western capitals cannot support elements of the Syrian opposition that may have Al-Qaeda ties. France, Britain and others pushing for the arming of rebels certainly won't be able to sell this to their respective populations with al-Qaeda in the mix. The ties between Syria's opposition and its international sponsors may well be torn over the status of Jabhat al-Nusra, today the most successful fighting force taking on Mr. Assad.

Mr. Assad has mostly delivered on the promises and threats he has made over the duration of the uprising. Early on he spoke of "ten Afghanistans" in Syria should outside forces intervene, or fundamentalist takfiris and Islamic extremists dominating the opposition. Though clearly propaganda at the time, today it is difficult to dismiss his argument, a perspective that resonates with the millions of Syrians exhausted by two years of conflict and instability.

The disparate rebels will, sometime, overcome regime forces in Damascus and claim the war over. But no one – not Syrians nor the world community – will accept a Syrian government with al-Qaeda links.

The declaration of an al-Qaeda presence in Syria in the form of Nusra complicates the conflict even further: the Assad regime will say it has been proven right, as will Russia, China and Hezbollah. For Western observers, the presence of such a foe means that no one can entertain the notion of giving weapons to forces that may sympathize with an al-Qaeda ideology.

In addition, it divides Syria's political opposition even more. And al-Qaeda on the battlefield creates a quandary for other rebel groups: Do they bed down with these well-organized crazies or continue the lonely fight?

Though he is undoubtedly losing the long-term war, Mr. al-Assad is being proved more correct as each day passes. The result? An increasingly divided Syrian population and a country that much harder to put back together.

The West’s dilemma: Who is the official opposition in Syria?
April 10, 2013 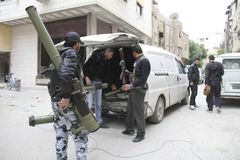 Solutions to the conflict: What do Syrians think?
April 8, 2013 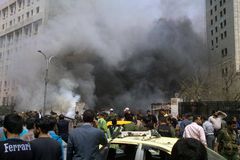 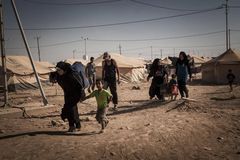