The basement of a house in Oakville, Ont., among the kids' toys and balloons, looks like an unusual place to find a nerve centre for the Syrian revolution. But it's down here that Louay Sakka, 37, stays awake late into the evening with his laptop and tablet computer, mapping and cross-referencing reports from his comrades in the Free Syrian Army.

A telecommunications engineer at a leading tech company, he serves as an executive member of the Syrian Support Group, which represents the rebel army. He flew into Washington this month for key meetings with government officials about whether the United States will supply arms or other assistance to the revolution. (So far, Washington appears reluctant.)

He's not the only prominent Syrian activist in the neighbourhood. His childhood friend and Oakville neighbour, Anas Al-Kassem, 38, is trauma surgeon at Norfolk General Hospital who commutes regularly into the Syrian war zone, setting up mobile clinics and field hospitals as vice-president of Canadian Relief for Syria.

Both of these young men, the doctor and engineer, would love to persuade Western governments to get more directly involved with the revolution. In the meantime, they have become part of an increasingly sophisticated network of Syrian expatriates and other sympathizers whose support is helping the rebels gain ground for the first time in 16 months of conflict.

"The stupidest thing you could do would be to sit in the sidelines and watch. … Ethnic cleansing could happen in our country. We need more sophisticated weapons, and we need to make sure those weapons don't fall into the hands of extremists. So that's how we're helping, making sure there is a clear chain of command in the Free Syrian Army. … The military councils must be secular, and must agree to protect minorities. Civilians can fight the regime, but we should make sure they have leadership from professional officers."

The Free Syrian Army claims more than 60,000 fighters inside Syria. The FSA is strongest in the northern province of Idlib, activists say, with perhaps 25,000 men; the FSA's second-biggest stronghold is the central province of Homs, with a listed strength of 11,000 rebels. Those numbers increase daily, as defections accelerate.

The rebels are lobbying for Western help with obtaining a long shopping list of weapons. Their initial requests include the RPG-29, an armour-piercing upgrade of the standard Soviet-era rocket-propelled grenade; the basic SAM-7 shoulder-mounted missile first used by Russian forces in the 1960s; and a variety of machine guns. They also want body armour, protective masks and satellite devices with encryption technology to prevent regime spying.

Dr. Al-Kassem was riding in an ambulance on the northern edge of Syria recently, watching the face of a rebel fighter grow pale as the young man struggled to breathe with two bullet holes in his chest. The doctor squeezed an intravenous bag over and over, coaxing life into his patient during the three-hour trip to a hospital in Turkey. "We lost his pulse, we got it back, but he died," Dr. Al-Kassem said. "He would have survived with a proper field hospital."

His group was one of the medical agencies that recently came together under the banner of the Union of Syrian Medical Organizations, which says it has set up 45 of the 50 field hospitals now working inside Syria. The makeshift facilities are often set up in private homes, the group says, and are designed to be packed up within 30 minutes to escape advancing troops.

Canadian Relief for Syria is working with the Ottawa-based charity Human Concern International to raise funds for more field hospitals. It costs about $8,000 per month to supply all of the bandages, sutures and other items necessary to keep a field hospital running. Setting up a new facility costs about $55,000, including anesthesia machines, ventilators, monitors and surgical kits. "So far, we haven't seen a penny from the Canadian government," Dr. Al-Kassem said. 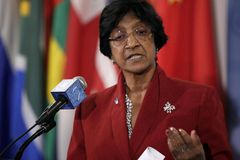 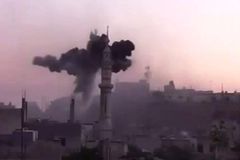 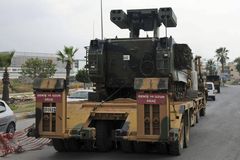