In scenes reminiscent of Lebanon's own 15-year civil war, Sunni and Alawi gunmen firing assault rifles and rocket-propelled grenades clashed Monday in the northern Lebanese city of Tripoli for the third consecutive day as the tensions fuelling Syria's civil war spilled across the border.

At least seven people have been killed and scores wounded since the running battles began late Saturday following the arrest of Shadi Mawlawi, an outspoken Salafist critic of Syrian President Bashar al-Assad and a suspected militant.

In Syria itself, the conflict appears to have escalated. Saudi Arabia warned that Kofi Annan's peace initiative was in danger of failing as government forces took heavy casualties in an assault of Rastan, a rebel-held centre in Homs province. At least 23 soldiers were killed in the intense fighting, according to opposition sources.

Syria has long lorded it over Lebanon, utilizing military might and political cronies to keep the country in line – which makes the weekend arrest especially significant. Was Syria sending Lebanon's Sunni Prime Minister a message?

Lebanon's second largest city, sitting about 25 kilometres from the Syrian border, Tripoli is a sectarian tinderbox that can be easily ignited. Tens of thousands of Alawites, members of the same religious sect as President al-Assad, live in a hilltop district named Jabal Mohsen, surrounded below by tens of thousands of Sunni Muslims who view them with contempt.

On Monday, Canada expressed concern over the violence in Tripoli and called on all parties in Syria to respect the UN-monitored ceasefire.

Over the years, there have been numerous clashes between the Sunni and Alawi communities in Tripoli, particularly over the past 14 months since Syria's uprising began. The deadliest exchange took place last June, when seven people were killed and more than 60 wounded, after Sunni Muslims staged a protest against the Assad regime.

At the best of times, the Alawites are regarded by Sunnis as heretics; at times of tension, when thousands of Sunnis in Syria are being killed, they are regarded as the enemy. And when a popular Salafist figure is strangely abducted and arrested by Lebanon's General Security Service – an organization linked to the Shia Hezbollah militia that, in turn, is linked to the Assad regime – the Alawites become the whipping boys.

Mr. Mawlawi, 25, was reportedly lured by the GSS under the pretext that he would receive financial assistance for his disabled daughter at an office belonging to a welfare association affiliated with Lebanon's Finance Minister Mohammad Safadi.

Turned over to military authorities, Mr. Mawlawi was charged Monday with belonging to an "armed terrorist group." His lawyer denies the charge, insisting that his client is not a member of al-Qaeda or any other terrorist organization. "He enthusiastically supports the Syrian revolution just like other people of Tripoli," said lawyer Tarek Shandab.

While Lebanon's porous border has been used by supporters of the Syrian uprising to smuggle arms and supplies to the opposition, the use of the GSS to trap and arrest a high-profile suspect is highly unusual.

"It is as if the stage was being set to ignite rage among Islamists in Tripoli," said Hanin Ghaddar, managing editor of the Lebanon Now online news service, "and that's exactly what happened."

The outraged Sunni population in the Bab al-Tabani neighbourhood that lies below Jabal Mohsen didn't waste any time after hearing the news and quickly began firing across the aptly named Syria Street, a kind of Green Line that divides the two camps.

"Sunnis of Lebanon, this is your day. Rise united and join your brothers with arms and determination," was the call they put out over social-media sites.

The Lebanese Army, whose armoured personnel carriers are usually stationed at several points along Syria Street, apparently fell back to more secure positions when fighting erupted. Shrapnel from a grenade killed a soldier in the process.

The army is reportedly preparing to re-enter the Sunni neighbourhood of Bab al-Tabani early Tuesday.

The arrest and the violence that followed appear to be a message addressed to Lebanese Prime Minister Najib Mikati, who is from Tripoli himself.

It is no secret that Mr. al-Assad is not happy with the Lebanese leader, says Ms. Ghaddar, managing editor of Lebanon Now. Mr. al-Assad doesn't like the Lebanese practice of dissociating itself from civil conflict in Syria, Ms. Ghaddar explained, noting the large number of Syrian refugees that have been allowed into Lebanon and receive protection.

"Assad certainly wants Mikati to be more committed to the regime," she said, and that means more than just arresting Syrian activists.

The Syrian leader also wants more support to be given to the demands of Michel Aoun, leader of Lebanon's Free Patriotic Movement, a Christian political party allied with Hezbollah and Syria. Among the demands are the passing of a proportional representation electoral law that would guarantee better results for Hezbollah and its Syrian allies in the parliamentary elections in 2013.

"Mikati has avoided any comment on these issues for months, and Assad is not happy," Ms. Ghaddar said.

Iran aids in release of Turkish journalists from Syria
May 12, 2012 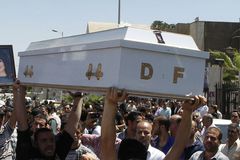 Who is responsible for the deadly Damascus blasts?
May 10, 2012 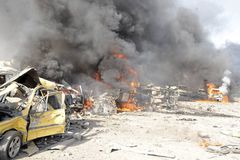