Hong Shih-han graduated from the third-best high school in Taiwan and the top university. He studied in Britain before returning home to find work. He figured it would be simple. He had some of the best credentials a young Taiwanese man could secure."I thought I had a brilliant future," he said.

He has, so far, been wrong.

Half a year after moving back, he remains among the embittered ranks of the educated and unemployed, an increasingly large cohort of young people whose sour economic prospects lie at the heart of a broad rethinking of Taiwan's relationship with mainland China, one that threatens a historic shakeup of its political establishment in an election planned for Saturday.

In December, one survey found that 35 per cent of 2015 graduates had yet to find full-time work, up six percentage points from the previous year, as Taiwan, buffeted by a slowing China and basement oil prices, faces a tide of ugliness.

Exports have fallen for 11 consecutive months, manufacturing for eight and consumer confidence for seven. Property prices are declining and growing numbers of workers are being put on leave without pay. Economists surveyed by Bloomberg gave Taiwan even odds of a recession in 2016 and a local happiness index is sagging. Young people are leaving to work elsewhere, and even domestic helpers from Southeast Asian countries no longer want to come to Taiwan, because the pay is too low.

For many in Taiwan, a pair of statistics explains the worst of it. For the past 16 years, growth in the gross domestic product has averaged about four per cent. "But salaries have fallen back to 2000 levels," Gordon Sun, director of the forecasting centre at the Taiwan Institute of Economic Research, said. With numbers like that, "nobody wants Ma or Ma's government to still rule Taiwan," he said, referring to President Ma Ying-jeou.

For most of the past 70 years, Taiwan has been governed by the nationalist Kuomintang, and Mr. Ma has overseen the signing of nearly two dozen trade agreements with China during his eight years in office.

But on Saturday, voters are expected to boot the Kuomintang from not just the presidency, but also possibly the legislature, reflecting a deep-rooted anger over Taiwan's economic woes. Warming relations with China, many feel, have done them no good.

"Of course, they feel frustrated," said Huang Kuo-chang, chairman of the New Power Party, part of the "third force" of new political parties that have appealed to younger Taiwanese. The rich "seized the economic growth fruits in our society. But ordinary citizens got nothing," he said. "This system has to be changed."

Taiwan was once a tiger, one of the smaller Asian nations with economies that roared. From 1984 to 1997, its GDP growth averaged 7.6 per cent. But growth has slowed dramatically, to an estimated 0.8 per cent last year.

Much of Taiwan's economic prospects are out of its hands. Its economy is tightly linked to China, which accounts for 39 per cent of its trade and nearly two-thirds of its foreign investment, but also is affected by factors as far removed as the success of the latest iPhone, given its high-tech parts industry.

Taiwan's major political parties agree on the need to diversify markets and make change. Tsai Ing-wen, who polls say is likely to be the next president, has made "generational justice" her top priority, saying that "if the nation's young people don't have hope for the future, this country has no hope, either."

She hopes to spur more innovation and entrepreneurship. But that is no simple task, nor will change come quickly.

The day Ms. Tsai enters the presidential palace, "she's going to get a huge reality check, because she's going to have to face the fact that there's only so much the government can do to boost the economy," said Michael Boyden, a long-time business consultant in Taipei.

So discontent simmers. The nation's disaffected youth have become the "men" generation, adopting a Chinese word that describes a "feeling of stagnation or having no way forward," as The Taipei Times defined it. They face the "22K curse," the typical monthly starting wage for graduates that equates to $993.

That is roughly the salary Mr. Hong has been offered on several marketing and insurance-selling positions, which he has declined, because they have nothing to do with his training as a specialist in Second World War history. He wants an academic or research post, but so far has struck out.

So Mr. Hong lives at home, with the parents who bankrolled his education and who "have such high hopes and expectations of me. They spent so many resources on me." Now, "when we are together, I kind of feel that I failed them," he said.

Feelings of economic helplessness helped to fuel Taiwan's Sunflower Movement protests in 2014, when students occupied the legislature, and are driving out some of the island's brightest. Researchers estimate that 600,000 to one million Taiwanese now work abroad.

Kao Yun-hui was one of the protesters – but he had to fly back to participate. He left for China in mid-2013 to take a job as a brand consultant for a Chinese company.

He earns two or three times what he would make in Taiwan. "The salary, of course, has a lot to do with my current choice. If talented professionals can't get the pay they deserve, a brain drain is unavoidable," he said.

Last June, Eleanor Wang left, too, quitting a job at the National Taiwan Museum of Fine Arts for a small art gallery in Shanghai. She makes twice what she would make in Taiwan and has, in the span of a few months, advanced from assistant to manager.

The possibilities in more-staid Taiwan just do not compare with China, where the nouveau riche are snapping up sculptures, paintings and installation works.

"Some of the clients expressed interest in me maybe working for them in the future," she said. "That's something that would not have happened if I were working in Taiwan. We just don't get that many opportunities." 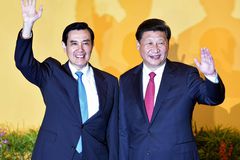 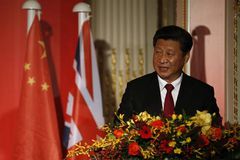