Thalidomide survivors on Saturday rebuffed an apology by the German company that manufactured the drug, saying it was an "insulting" response to the thousands born with disabilities as a result of its use.

In its first apology for the scandal in 50 years, Grunenthal said on Friday it was "very sorry" for its silence towards victims of the drug, which was sold to pregnant women in the 1950s and early 1960s to cure morning sickness.

But victims said the apology was too little, too late for the estimated 10,000 children worldwide who were born with defects – including missing limbs – after their mothers took thalidomide.

"We feel that a sincere and genuine apology is one which actually admits wrongdoing. The company has not done that and has really insulted the Thalidomiders," British victim Nick Dobrik told BBC radio.

Victims' charities estimate that there are between 5,000 and 6,000 people still living who were deformed by the drug, which was sold in nearly 50 countries before it was pulled from the market in 1961 amid one of the world's biggest medical scandals.

Thalidomide babies were often born with missing or extremely short arms and legs. Billed as a "wonder drug" to cure everything from morning sickness to insomnia, thalidomide also caused blindness and malformed organs.

The countries most affected included Germany, Britain, Japan, Canada and Australia. It was not banned in Canada, Japan and Belgium until 1962.

Freddie Astbury, president of the charity Thalidomide UK, said Grunenthal needed to "put their money where their mouth is" and compensate victims rather than simply saying sorry.

"If they are serious about admitting they are at fault and regret what happened they need to start helping those of us who were affected financially," said Mr. Astbury, who was born without arms and legs after his mother took the drug.

Lawyers for Australian survivors described the belated apology as "pathetic".

"It is too little, too late and riddled with further deceit," lawyers for Australian victim Lynette Rowe said in a statement.

"To suggest that its long silence before today ought to be put down to 'silent shock' on its part is insulting nonsense.

"For 50 years Grunenthal has been engaged in a calculated corporate strategy to avoid the moral, legal and financial consequences of its reckless and negligent actions of the 1950s and 1960s."

Ms. Rowe's lawyers said it would have been better for Grunenthal to release its private records to the world, including those it recently handed over in a class action led by her.

Court papers used in the case allege that the drug's makers were warned of birth defects some two years before thalidomide was withdrawn from the market.

Ms. Rowe has reached a multimillion-dollar settlement with another firm that distributed the drug, and her case against Grunenthal is currently on hold.

A Japanese support group for Thalidomide victims also said the apology was not good enough.

"An apology is a matter of course," said Tsugumichi Sato, director-general of Sakigake Thalidomide Welfare Centre in Japan, one of the major countries hit by the drug disaster after Germany and Britain.

"The number of victims would have been smaller if the company had stopped its sales earlier," Sato said. "We are closely watching what responsibility the company will take on top of apologies."

Grunenthal's chief executive Harald Stock said on Friday that he wanted to express the company's "sincere regrets" and "deepest sympathies" to those affected by the medical disaster.

"We ask that you regard our long silence as a sign of the shock that your fate has caused us," he said at the inauguration of a memorial to victims in Stolberg, western Germany, near Grunenthal's headquarters.

"We also apologize for the fact that we have not found the way to you from person to person for almost 50 years. Instead, we have been silent and we are very sorry for that."

He spoke as a statue of a little girl with no arms or legs was unveiled at Stolberg.

Mr. Stock said his firm was taking steps to help thalidomide victims. "We have a responsibility and we face it openly," he said.

"We have learned how important it is that we engage in an open dialogue with those affected and to talk and to listen to them." 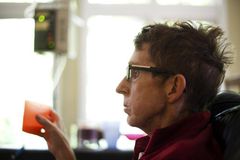 Opinion
Is it not time to ban this addictive and lethal drug?
November 12, 2011 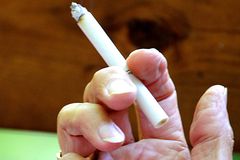 Cursed by 'miracle drug,' thalidomide victims wait for Canada's apology
February 5, 2010
Report an error
Due to technical reasons, we have temporarily removed commenting from our articles. We hope to have this fixed soon. Thank you for your patience. If you are looking to give feedback on our new site, please send it along to feedback@globeandmail.com. If you want to write a letter to the editor, please forward to letters@globeandmail.com.
Comments