Like many Britons, Jeffery Davies had a love-hate relationship with former prime minister Margaret Thatcher, who died on Monday. A former coal miner, he hated her union-busting agenda.

But he loved her for the windfall profit he made on his council flat in Rotherham, an old coal and steel town in central England. Mr. Davies, 70, bought the small flat for a mere £3,000 – less than the price of a car – shortly after Lady Thatcher unveiled her "Right to Buy" scheme for public-housing tenants in 1980. In 2000, he sold the flat for £60,000 and wishes he had hung on, because property prices have soared since then. "Still, it was a great investment," he says.

The selloff of council housing is one of the defining, and certainly most enduring, economic and social policies of Lady Thatcher, who was premier from 1979 to 1990. She launched the council-house selloff not just because public housing clashed with her free-market principles, but because she was keen to neuter the local council authorities, most of which she considered bastions of socialism.

Today, council-housing tenants still have the right to buy flats or houses (though the purchase conditions have been substantially tightened).

The housing selloff at deep discount prices, combined with one of the longest house-price rallies in European history, triggered the cult of home equity and earned small fortunes for millions of tenants who had the wisdom and wherewithal to buy.

But three decades after the program was launched, its success is being re-evaluated. Some economists, politicians and housing experts think Right to Buy has created as many problems – perhaps more – than it solved. That's because the selloff of public housing was not matched with construction of new public housing. The result? A chronic shortage of affordable housing in a country where home prices are painfully high by European standards.

"There is a real housing problem here and it won't go away any time soon," said Rebecca Tunstall, professor of housing policy at the University of York. "There has been a drastic reduction in available social housing."

Tenants jumped at the right to buy their flats and houses, which came as no surprise, given the discounts offered. Discounts to market value started at 44 per cent for flats and 32 per cent for houses and went up from there, depending on how long the tenants had lived in the homes.

Between 1980 and 2010, about 21/2 million properties were sold, equivalent to about half of the country's stock of public housing. Home-ownership rates went from about 57 per cent to almost 70 per cent as a result.

The profits made by the tenants who sold their properties were lavish in many cases. Gary Mason, branch manager of the Martyn Gerrard real-estate office in Kentish Town, in north London, said he remembers tenants buying local-area, one-bedroom council flats for about £50,000 in the early 1990s.

Today, those same flats are going for £250,000 or more. "People realized they would be silly not to take advantage of the discounts," he said.

That was the good news; the bad news was that the local authorities stopped building council properties, in good part because they had almost no ability to borrow money to fund new developments. As a result, public – that is, cheap, housing – is in exceedingly short supply in Britain. About five million people are on the social-housing waiting list.

Meanwhile, owners of ex-council flats continue to reap big profits. Many of the tenants sold their properties to investors or property companies, which were able to jack up the rents in a tight market. Last month, the Daily Mirror reported that Charles Gow, the son of Mrs. Thatcher's housing minister, Ian Gow, bought 40 of the 120 former council flats in one housing project in Roehampton, in South West London. Rents for the former council flats have soared, leaving some low-income tenants begging for higher rental subsidies. "Speculators have made millions out of exploiting public assets," Tony Belton, a Labour councillor in South West London, told the Mirror. "It stinks."

Prof. Tunstall said that neither the government of Prime Minister David Cameron nor the local authorities have any credible solution to the low-cost housing shortage, and the shortage is getting worse. "It's one of the top policy issues here," she said. "We're only getting a trickle of new housing."

No tears for Thatcher in Britain’s coal country
April 10, 2013 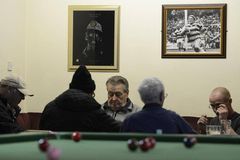 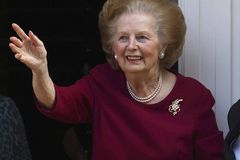 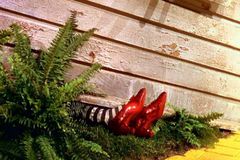 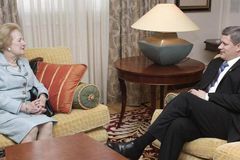 Margaret Thatcher was a leader who knew her mind and stood her ground
April 9, 2013 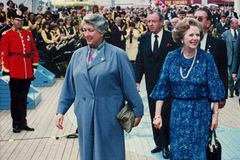