The roots and evolution of the persistent violence plaguing the Democratic Republic of Congo:

1994 More than 2 million ethnic Hutus arrive from Rwanda, fearing retaliation for the infamous genocide campaign against their Tutsi neighbours. Among them are many of the militants responsible for the slaughter who continue to attack Tutsis on both sides of the border..

1996 The First Congo War breaks out when the Alliance of the Democratic Forces for the Liberation of Congo-Zaire (AFDL) emerges in the eastern provinces. Backed by Uganda and Rwanda, it is led by Laurent-Désiré Kabila, an admirer of Congo's first elected prime minister, Patrice Lumumba. He declares war on dictator Mobutu Sese Seko, the man who brought about Lumumba's downfall and death three decades earlier, and is now refusing to move against the Hutu militants.

1997
The uprising ends when Mobutu flees the country. Mr. Kabila comes to power but turns against his foreign patrons when they refuse to withdraw their troops.

1998
The Second Congo War begins when Congolese Tutsis (known as the Banyamulenge) and Rwandan forces move against Mr. Kabila, who is now supported by leftist regimes in Angola, Namibia and Zimbabwe.

1999
The rebels sign a ceasefire and foreign powers agree in principle to withdraw their troops with the creation of the United Nations Mission in the Democratic Republic of the Congo (MONUC), a multinational peacekeeping force. But the peace pact is widely disregarded, and fighting goes on.

2001
President Kabila is assassinated and succeeded by son Joseph, then in charge of the armed forces MONUC starts to send forces into Congo's eastern hot spots.

2002
Congo finally signs a lasting agreement with Rwanda, which again agrees to pull out its 30,000 troops if the Hutu extremists are disarmed and sent home. Uganda also agrees again to withdraw its forces from northeastern Congo.

2003
A power-sharing pact among the various Congolese factions leads to a transitional government and plans for a return to democratic elections.

2004
Kinshasa appoints new governors in Congo's 11 provinces, re-establishing its national authority. The army clashes in South Kivu with Banyamulenge (Congolese Tutsi) rebels who seize the provincial capital of Bukavu but pull out a week later under international pressure. They are led by Laurent Nkunda, shown at left, a renegade Congolese general who as a young man taught school in Kitchanga, now a refugee centre, before fighting with Rwanda's rebel Tutsis after the genocide and then coming home to join the fight against Mobutu.

2005
After more than a decade in Congo, the Hutu-dominated Democratic Forces for the Liberation of Rwanda (FDLR) announces that it plans to end its armed struggle against the Tutsi-led government in Kigali.

2006
A new constitution is adopted, having received 84-per-cent support in a national referendum.

The first free elections in four decades are held, followed by a runoff vote that sees Joseph Kabila returned as president.

The FDLR's great rival, the National Congress for the Defence of the People (CNDP), the leading Tutsi militia backed by Rwanda, clashes with the UN and army in North Kivu, prompting 50,000 residents to flee the province.

2007
Aid agencies report another jump in refugee traffic, again because of unrest caused by the forces of Laurent Nkunda, which control much of North Kivu.

2009
Congo army launches campaign against Tutsi leader Laurent Nkunda, who is ousted by his deputy Bosco (The Terminator) Ntaganda and arrested after escaping to Rwanda. The CNDP then settles with the government, forms a political party and integrates its fighters with the army. Together they begin to attack the rebel Hutus of the FDLR, prompting yet another round of death and dislocation.

The bleak calculus of Congo's war without end
March 26, 2010 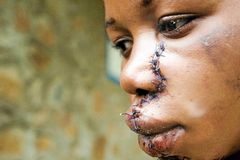