Robert Austin teaches the history and politics of Central Europe and the Balkans at the Munk School of Global Affairs, University of Toronto.

While no longer a powder keg, the Balkans is a crisis zone. For a start, take a look at the youth-unemployment figures, and the picture is clear: The region is stagnant, governed largely by corrupt and incompetent elites who always choose power over reform. The result is unemployment, bad government and outward migration, as the region's youth in particular opt for a better life elsewhere. Every country in the Balkans engages in a war on corruption, but the only thing that survives is the corruption.

Six countries in the region are vying for membership in the European Union: Albania, Bosnia, Kosovo, Macedonia, Montenegro and Serbia. All six want in desperately, as the EU promises the only hope of prosperity and stability. Trouble is, despite governing what are decidedly pro-EU populations, the governing elites have yet to prove themselves up to the demanding job of EU integration.

Despite the EU's pledge that the question of membership is not about if but when, only tiny Montenegro, now set to join NATO, has a clear path. For the rest, membership in a now distracted EU seems too far away to act as a catalyst for change. The EU has decided to prioritize stability over democracy, which amounts to allowing some of the worst people to remain in power. Tolerance for authoritarian leaders who are sometimes criminals is the norm.

Kosovo is headed to the polls this month. It has been independent only since 2008, but even taking that into account, it has very meagre accomplishments. It is by far the most troubled country in the region, despite some bright spots in local government. It faces a permanent challenge to establish the rule of law and must make good on prosecutions of war criminals. Big issues, such as normalizing relations with Serbia, and securing visa-free travel to the EU are simply too much for the elite to handle. Realizing how utopian these goals may be, many Kosovans vote with their feet – in 2015 alone, 100,000 people left.

The snap June election provides more or less the same candidates, some of whom face charges for corruption or abuse of power. The wild card is the Self-Determination Party, which made headlines last year for setting off tear gas inside the parliament. It offers radical solutions, has invigorated the youth and even promotes unification with neighbouring Albania. The unification of Albanians in the Balkans, hardly a priority for ordinary citizens who are smart enough to know that it will not solve real problems, is the go-to policy for some leaders in both Albania and Kosovo. It's just a variation of what the Balkans have been saying for the past 25 years: "Make us Europeans or we will make trouble for you."

Albania is also going to the polls in June. No country's transition is as fraught as Albania's. Pity the Albanian who has been forced to watch the same political crisis played out over and over again during the past 25 years. The drama is so set that one could easily conclude it is theatrics. Despite relative ethnic homogeneity, the EU is constantly intervening to mediate between the two main political parties, the Democrats and the Socialists. Prime Minister Edi Rama also played the Albanian unification card when caught out in his multiple failures to deliver on EU integration. His way of saying: "Look here, not there."

Albania has carved out a new niche as Europe's biggest supplier of cannabis. The impact of drug money is everywhere, most obviously in the forthcoming elections. Observers have long noted the number of Albanian parliamentarians with ties to organized crime.

Serbia just swore in its new President, Aleksandar Vucic. He has changed his positions throughout his career, so it is hard to say just where he will take Serbia. As the biggest and wealthiest country in the Balkans, Serbia's true democratization is the key to a regional transformation. Mr. Vucic has pledged that Serbia will remain outside NATO and will maintain good ties with Russia. Observers note that, like other leaders in the Balkans, Mr. Vucic's authoritarian tendencies will be ignored.

Bosnia is stuck with a made-in-America government structure that makes EU integration almost impossible, as the three main ethnic groups (Bosnian Muslims, Croats and Serbs) disagree sharply over the fate of the country. The Serb leadership in Bosnia rejects Bosnia as a federal state, and the international community seems unwilling to impose a solution like it did in 1995 after the war ended there. Some say it's time to redraw the borders.

Macedonia only recently exited from a political crisis. After years of near-one-party rule, the government fell amid accusations of wiretapping and corruption, and the prime minister refused to go – possibly because he was afraid of going to jail. The new government announced the usual pledge to bring Macedonia into the EU and NATO and promised zero tolerance for corruption. And Macedonia's 25-year-old struggle with Greece over its name is nowhere near over.

The EU's success elsewhere in former communist states was based on getting the elites to play by the rules. This has not happened in the Balkans, as there is less pressure from Brussels over all. While a more decisive EU would be welcome, it would also miss the point: The problems are still largely local because the elites are just not capable enough or prefer the benefits of a system that is enriching them and their patrons. With real reform, all of them would lose power and more than a few of them would go to jail.

The 1989 moment, which saw the collapse of communism, led to decisive breaks with the past in many countries. That did not happen in the Balkans. Civil war came to some countries, while others simply recycled their elites and entered into a permanent transition that drove out the young and educated. The Balkans still waits for its 1989 moment.

History tells us that the EU is right to keep its expectations low. Moreover, the crisis in neighbouring Greece is taken as a harbinger of the future for the whole region. After all, the Greek economic and political systems are not all that different from those of the rest of the Balkans: corrupt, clientelistic and hardly modern. These perceptions are hard to undo.

With Donald Trump in the White House, the Balkans whisper of war
February 6, 2017 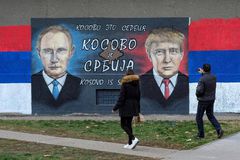 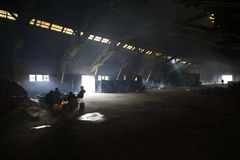